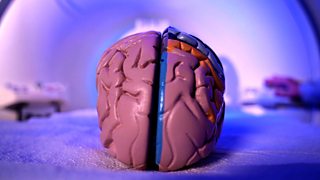 How stories shape our minds

4:29179.8k views
Stories are just stories, right? Not really. They are also incredibly powerful - and can both reduce prejudice, and help persuade.

How stories shape our minds

DR ZOE WALKINGTON, Dr Zoe Walkington, Psychologist, The Open University: There's a Native American proverb that says, "The one who tells the story rules the world." Stories have the potential to be incredibly powerful. They're able to change how we relate to each other, to change prejudice, so the potential for stories to persuade is staggering. WHY STORIES ARE MORE POWERFUL THAN YOU THINK I read this really, really good research paper about these two books which basically suggested, that if you get people to read a couple of chapters of Harry Potter, they'll rate themselves higher than other people in their ability to potentially move something, just using the power of their mind. The people who read about the vampires, they'll actually believe that their teeth are slightly longer than other people in the population, just as a result of having read a chapter or two of this book. PSYCHOLOGISTS CALL THIS ASSIMILATION - WHERE THE READER TAKES ON THE QUALITIES OF A FICTIONAL GROUP. In terms of psychology, there's a few things that stories actually do to us. 1. TRANSPORTATION: WHEN THE READER LOSES THEMSELVES IN THE STORY WORLD. We get this sense that we're fully immersed in the world that we're reading about. 2. IDENTIFICATION: WHERE A READER TAKES ON THE PERSPECTIVE AND IDENTITY OF A STORY CHARACTER. We start to almost feel as if the things that are happening to them, are happening to us. RESEARCH SUGGESTS THAT TRANSPORTATION AND IDENTIFICATION MAY BE RELATED TO THE ABILITY TO EMPATHISE WITH OTHERS. Anthony Horowitz, Author and screenwriter: Reading is not a relaxation, you are building worlds, you are populating those worlds with cities and those cities you are populating with people. So although television, film, theatre all have their place in the storytelling world, to me that moment of contact with a book, when you read a story and unlock its secrets... nothing quite comes close. BUT WHAT IS ACTUALLY HAPPENING IN OUR BRAINS? NEUROSCIENTISTS AT THE UNIVERSITY OF CAMBRIDGE ARE LOOKING AT SPECIFIC PARTS OF THE BRAIN WHEN WE READ. DR OLAF HAUK, COGNITIVE NEUROSCIENTIST, UNIVERSITY OF CAMBRIDGE: Our research has been on the meaning of individual words, if you read the word "jump" for example, you activate those areas that you also activate when you do actually perform the action of jumping, so it would be about here somewhere. The interesting question in this case of course is, I mean if you read about somebody else jumping, why should you activate brain areas related to jumping? One theory is to do with mirror neurons. These are neurons that are triggered inside our brains when we watch the actions of others. Some scientists think mirror neurons help create empathy... ...and that might also be what's happening when we read. The proponents of the theory would say that immersing yourself into a story is based on the mirror neuron system. WE MIGHT FEEL SADNESS WHEN WE READ ABOUT SOMEONE WHO IS SAD, OR SMILE WHEN WE READ ABOUT PEOPLE WHO ARE HAPPY. I am convinced that mirror neurons are part of this process, but it can't be the whole story. It's been found that, when we connect with people who aren’t real but are fictional characters, it forms a sort of social surrogate for us - it's almost like they're a real person when they're not. And psychologists sometimes call it… forming a parasocial relationship. And what's interesting about that is it kind of makes us feel less lonely and it can also buffer self-esteem and improve our mood. We know that having a lot of friendships with other people when you're in a couple is a really positive thing for the outcomes of that relationship. But what's really interesting is they don’t have to be real people. If you're trying to change people's opinions about controversial topics such as same sex marriage or immigration for example, stories have actually been found to be a lot more effective in producing political change. Research led by psychologist Loris Vezzali in Italy showed that children who read Harry Potter reduced their prejudice towards immigrants. Attitudes towards stigmatised groups could be improved by reading Harry Potter, but only if the person identified with Harry. GEERTHI AHILAN, TEACHER: Children love stories, they always have a story to tell whether it's about the weekend or what happened in the playground. And it's such an important part of understanding the world around them, and understanding themselves. SO STORIES CAN INCREASE EMPATHY, REDUCE PREJUDICE AND LONELINESS, AND BE VERY PERSUASIVE... THAT MEANS... DR ZOE WALKINGTON: You should definitely turn this off right now and go and pick up a book.

4:40
Viewpoint: What would a world without prisons be like?
61.7k views

4:37
Is it time to reassess our relationship with nature?
99.6k views