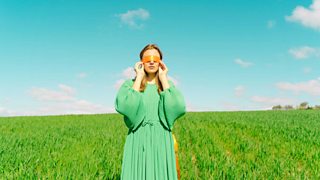 Could you be suffering from ‘plant blindness’?

4:4034k views
Are you unable to appreciate or notice plants in your environment? Here’s what you could be missing out on...

Could you be suffering from ‘plant blindness’?

Academic consultant at The Open University: Kadmiel Maseyk If I asked you to close your eyes and imagine some wildlife you would probably conjure up an image similar to this… Or even this… The focus of your visualisation was most likely the cute little fox, rather than the Digitalis plant or the Conium Maculatum plant. Well, you’re not alone in this, a 2016 study showed that study participants remember pictures of animals better than they remember images of plants. Caption: Plant Blindness Caption: Lucy Jones Author of Losing Eden We've never been at this point of disconnection and estrangement from the natural world before. Caption: Three-quarters of UK children aged five to 12 now spend less time outside than prisoners Caption: Dr Carly Cowell Senior science officer (CITES) We're surrounded by synthetic and electronic entertainment and we don't interact with plants and nature as we once would have had we been growing our own food or hunting for our own food. And this has resulted in what is known as the nature deficit disorder, where people don't recognise plants at all other than something that they may consume for dinner. Caption: The term plant blindness was coined by botanist Elisabeth Schussler and James Wandersee in 1998 Caption: It means the inability to see or notice the plants in one's own environment Caption: Part of this is down to biology and evolution The human eye sees green a lot easier than any other colour so it tends to group green objects together and fade them into the background. And then there's the evolutionary development within humans that early humans were threatened by animals We also had to look out for movement, for a fast moving lion coming to eat us. Therefore, the human eye picks up movement and looks for movement. So we often don't recognise plants which are relatively unmoving. Caption: But research increasingly points to the huge benefits that spending time in nature brings to us Connecting with nature affects us from our heads to our toes, from micro bacteria in the soil, which studies show can enhance wellbeing, to petrichor, the smell of the earth after it's rained, to the sound of birdsong, which has been found to decrease the stress hormone cortisol. I realised I was disconnected from the natural world about eight years ago during a period of recovery from depression and addiction issues. I found myself drawn to walking daily on Walthamstow marshes. And the experience of being in nature and walking on the marshes became as important and as therapeutic as the medication, the psychotherapy and the support of friends and family. Caption: A 2018 study found a strong link between access to green space and reduced risk of mental health problems Those who have less access to outdoor space, and two and a half million people in Britain don't live within easy, 10 minute walking distance of a green space, have fewer opportunities to decrease their stress through contact and connection with the natural world. Caption: We have all heard about campaigns to save animals from extinction but many plants are facing extinction at an even faster rate Every year, more plant species go extinct than animal species. And in fact, CITES, which is the Convention on International Trade in Endangered Wild Species, that's fauna and flora, has 30,000 plant species listed compared to the 5,000 animal species which are in danger of extinction from legal and illegal trade. Plants and fungi are the foundation on which humans and animals really depend. And yet they're not recognised and they are the underdogs. They just keep toiling away and keeping us alive. You don't need anything to go out in nature. You just need to find something that you're interested or curious in. I love insects and lichen and moss. I'm always looking around for different species I can find and patterns and shapes. So I'd say just find something that makes you feel wonder and awe and say, "Wow," and just continue your lines of curiosity. Plants are essential to us. They're not just a green background or something for us or animals to eat. They are significant in our survival as a species and as a planet.

4:40
Could you be suffering from ‘plant blindness’?
34k views

4:29
How limits can boost your creativity
57k views

4:40
Viewpoint: What would a world without prisons be like?
61.2k views

4:37
Is it time to reassess our relationship with nature?
97.2k views

5:28
A visual journey through hell
67.3k views
The OU
How BBC Ideas and The Open University work together
Find out more
A-Z
Find that perfect playlist by browsing our A-Z
Find a playlist
FAQs
Find the answers to frequently asked questions about the site
Browse questions
Follow Ideas on ...
Twitter