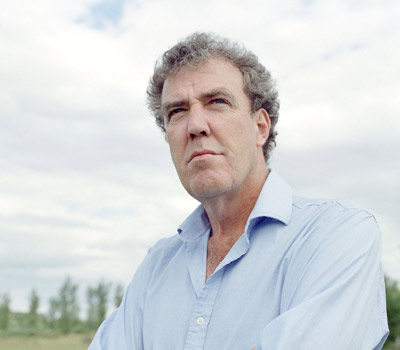 Jeremy Clarkson
Previous Back to index

Jeremy was aware that one of his forebears had invented the Kilner jar, a receptacle for preserved fruit that is still popular in homes today. But he was completely unaware that the story of the Kilners, his maternal ancestors, was one of 'rags to riches and back to rags'. This information piqued his curiosity, and he was persuaded to pursue his family history a little further.

Family legend had it that the Kilners fell into bankruptcy. Jeremy's mother had often told him that another firm had stolen the patent for the jar, while there were rumours that the Kilners failed to register the patent in the first place. Whatever the truth, Jeremy understood that he might have been born into extraordinary wealth except for this mysterious reversal of fortunes.

He died in 1857, and the firm was taken over by his four sons, George (Jeremy's great-great grandfather), William, John and Caleb. Each learned their trade on the factory floor, and the firm, then known as Kilner Brothers, continued to thrive and flourish.

Caleb, the youngest, was given the job of opening a London warehouse for the firm. This warehouse was used to store Kilner products so they could be transported all over the world.

Small family firms in Britain came under increasing pressure in the early 20th century, due to competition from cheap imports, and some firms had to merge to survive. One such merger created United Glass Bottle, a conglomeration of six glassware firms. They bought the Kilner patents when the firm fell into decline.

Harry Smethurst - or 'Flash Harry' as he was known in the local pit village of Denaby - married Jeremy's great grandmother Annie Kilner, but was not involved with the glassworks. He was an architect, and is known to have designed many of the buildings in Denaby, as well as buildings for the Kilner brothers.

Harry and Annie liked to show off their wealth, and may have frittered much of the fortune. Rumour had it that they'd spent some of the inherited money on a motor car, around 1901, which must have made Harry one of the first men in south Yorkshire to own a car. Some money remained, but when Annie died she disinherited her daughter (Jeremy's grandmother) Gwendoline.

Research revealed that when the factory closed there was a family rift over how the proceeds of the closure should be divided, and Gwendoline sided with her cousin, causing estrangement from her parents. The money instead all passed on to her brother, Tom.

So Jeremy found out why he might have been born rich, but wasn't, and discovered an interest in common with his great grandfather, Harry. Whether he takes things further, though, is anyone's guess.