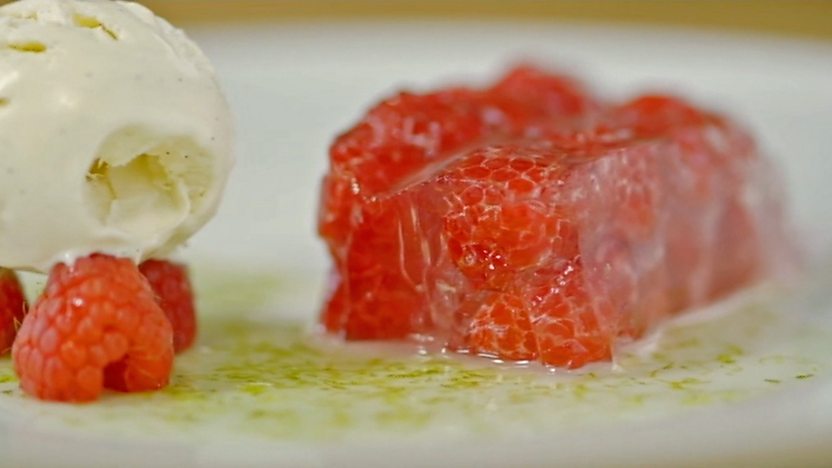 James Martin turns his childhood favourite, jelly and ice cream, into a grown up dessert.

Equipment and preparation: you will need two 500g/1lb 2oz terrine moulds and an ice cream maker.

For the ice cream 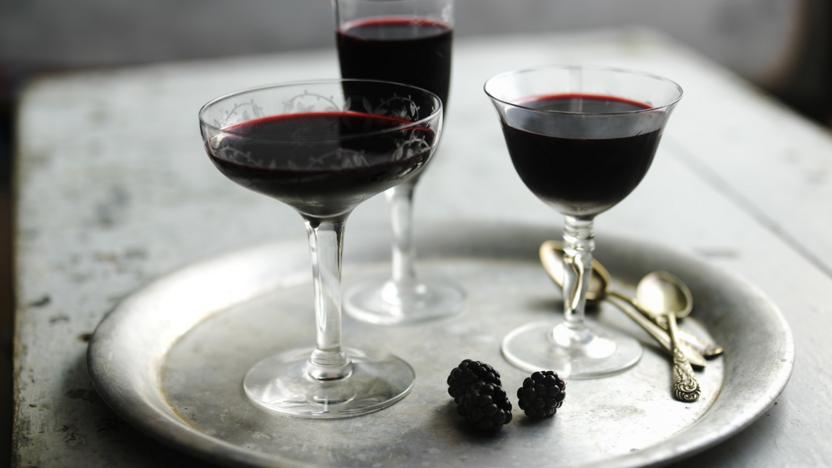 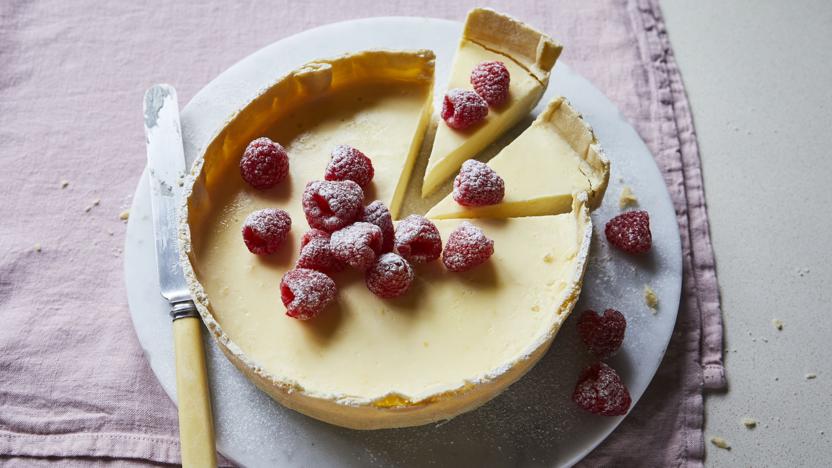 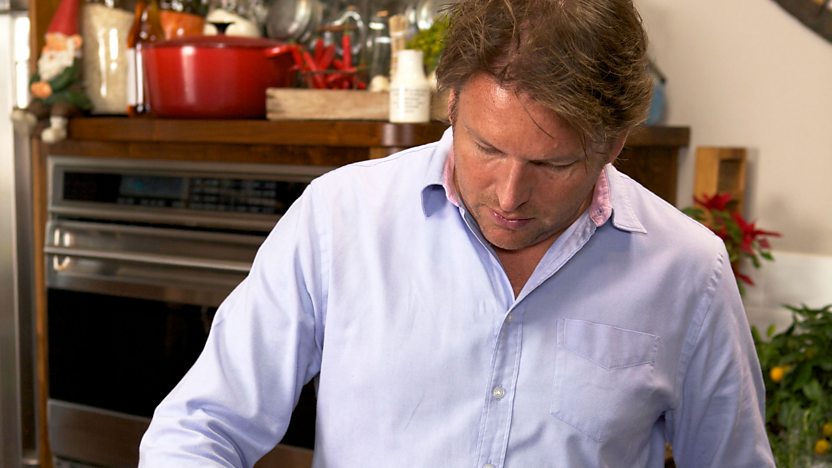