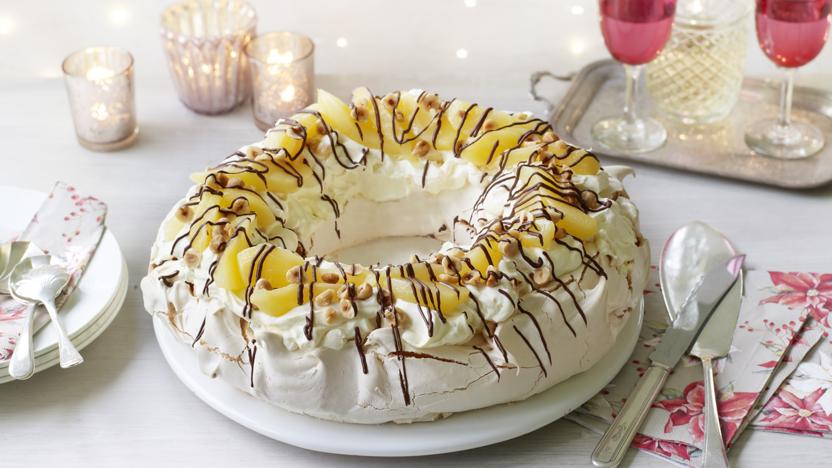 A pavlova is a fantastic way to feed a crowd over the festive period. You can use your favourite fillings but this one uses chocolate, hazelnuts and pear.

By Mary Berry
From Mary Berry's Christmas Party
Share this with

The meringue can be made and kept in an airtight container in a cool place up to 2 weeks ahead. Fill 4 hours before serving. 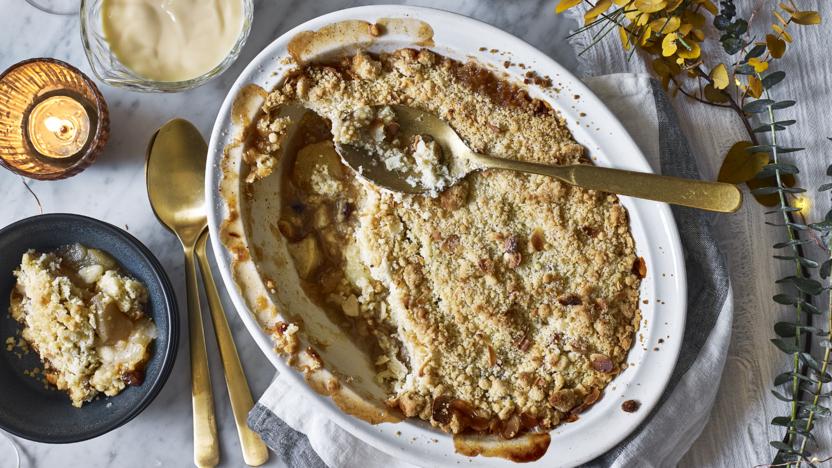 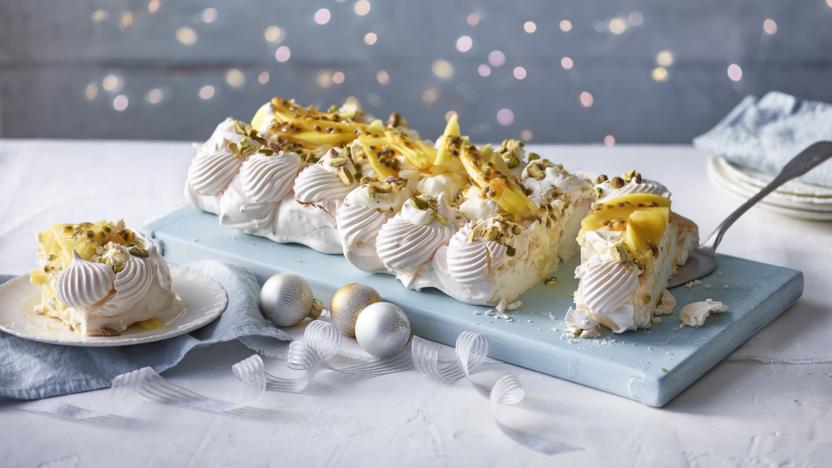 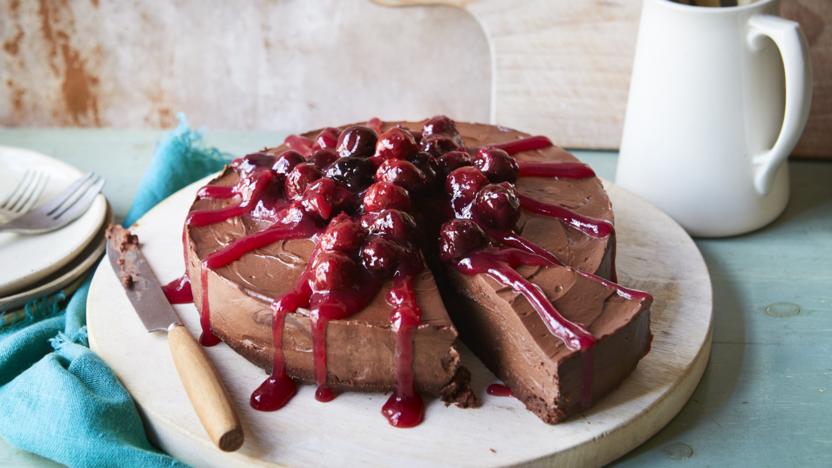 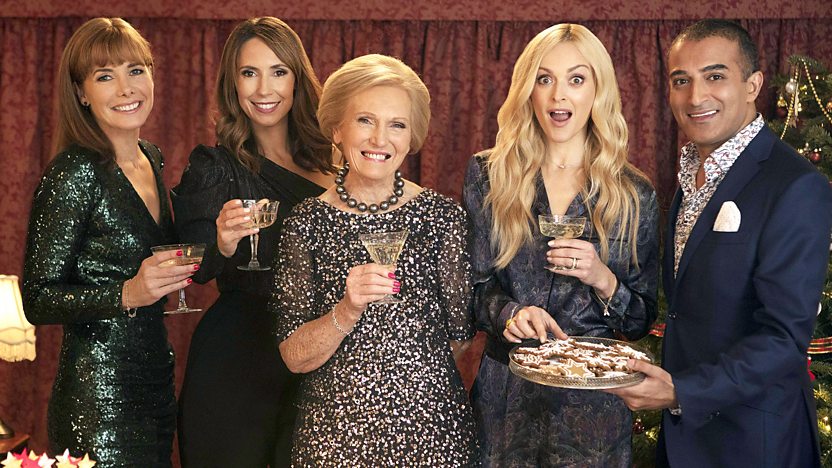