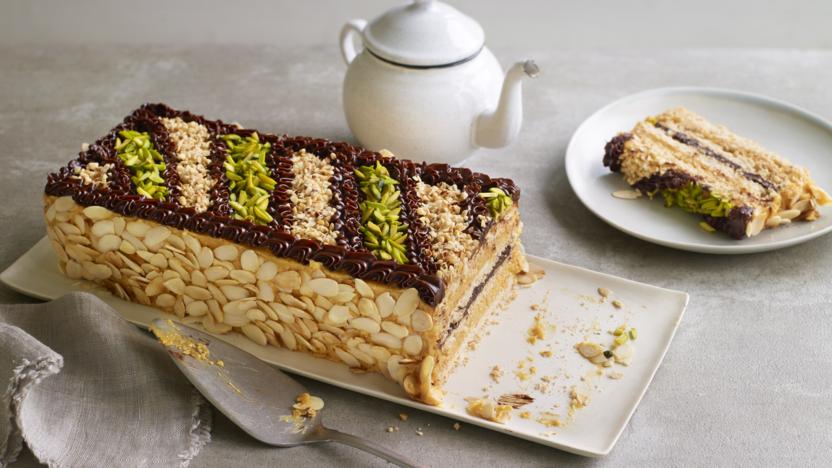 For this recipe you will need 2 x 30x20cm/12x8in Swiss roll tins, a freestanding electric mixer with a whisk attachment, a piping bag with a small star nozzle (no. 33) and a food processor.

For the chocolate ganache

The French buttercream uses raw egg yolks. Avoid this recipe if you have concerns about eating raw eggs. 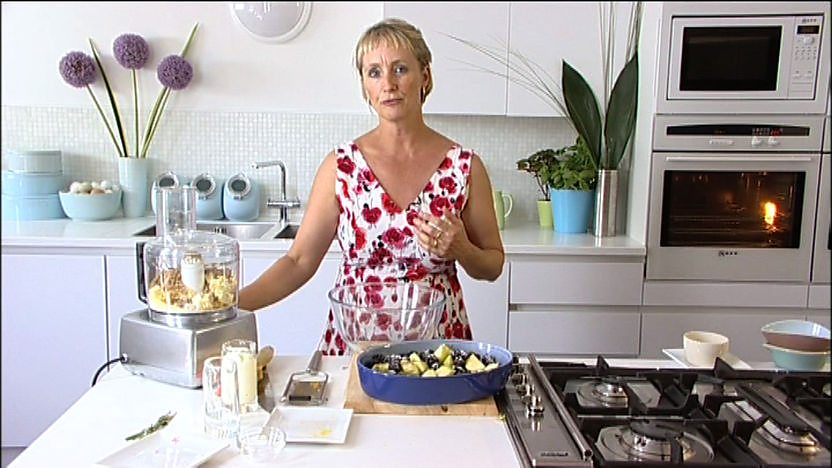 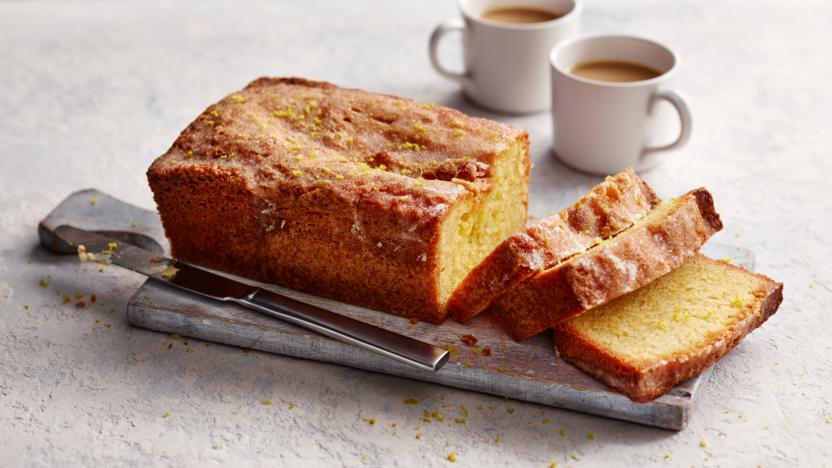 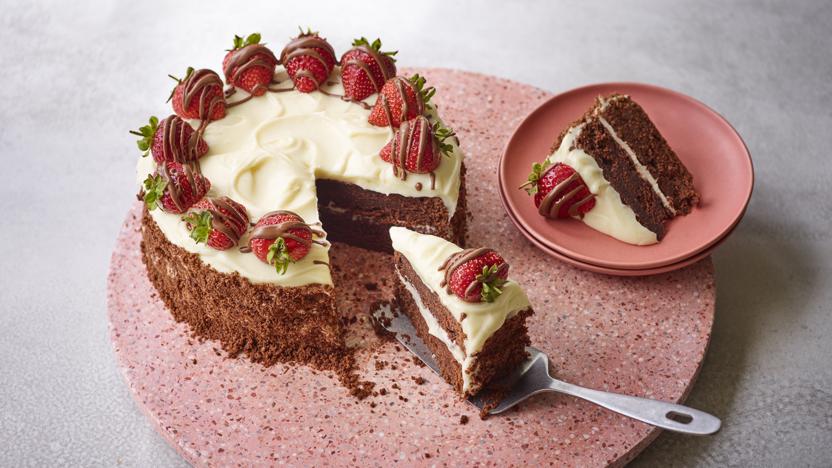 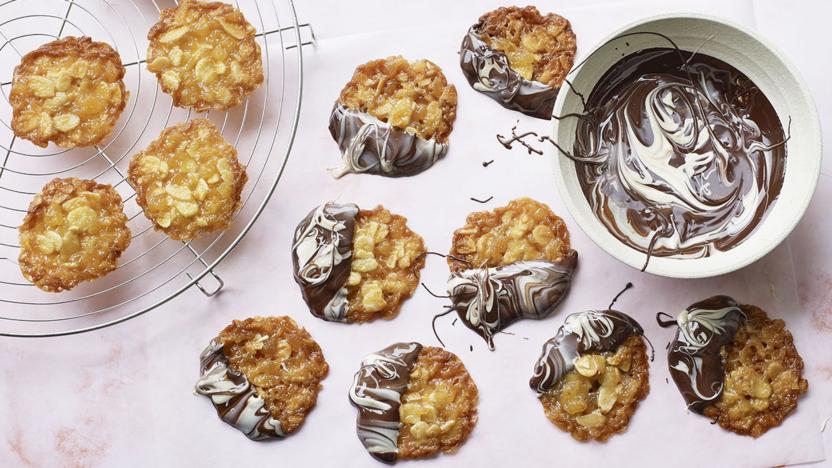 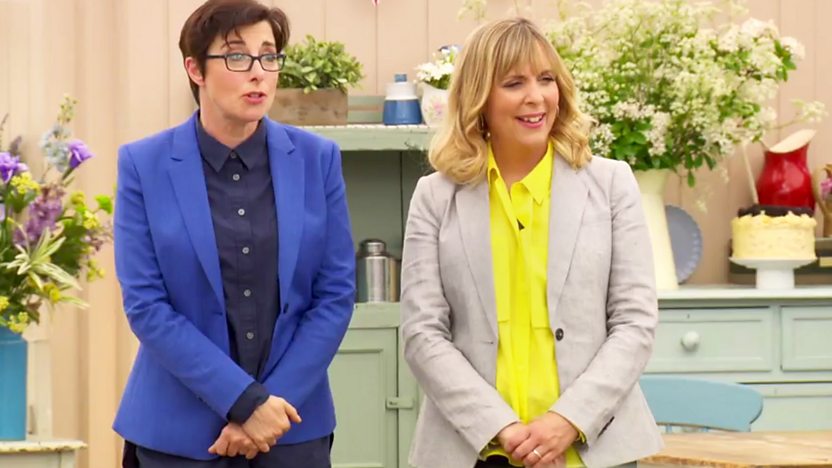 7. The Great British Bake Off