Make your own pasta dough for a luxurious ravioli filled with a delicate salmon and crab mousse and topped with caviar and a lobster crisp.

Equipment and preparation: for this recipe you will need a food processor, a pasta machine, a round cutter and a hand-held blender.

By Mark Jordan
From Saturday Kitchen Best Bites
Share this with

For the lobster tapioca garnish

For the crab mousse 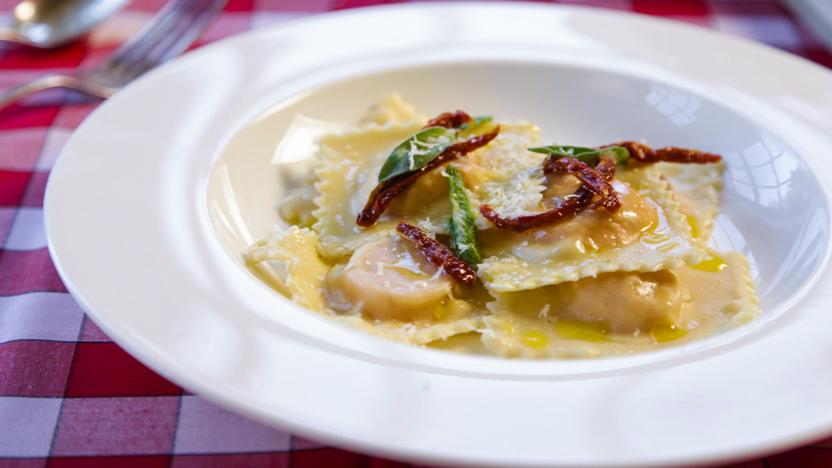 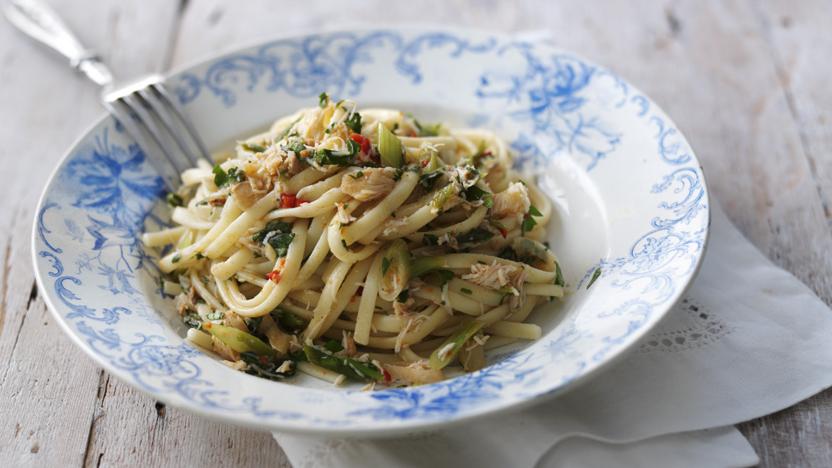