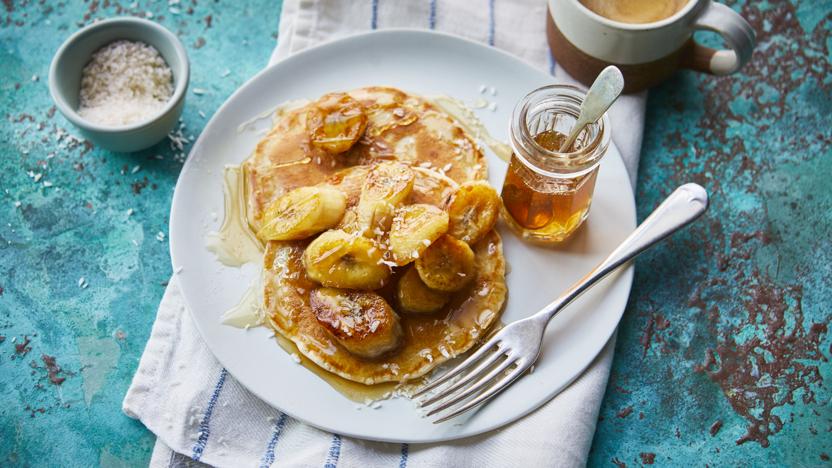 These delightfully decadent pancakes are a great way to use up leftover coconut milk. They can easily be made vegan – just swap the egg for a ripe, mashed banana.

To make these pancakes vegan, replace the egg with 1 small, ripe mashed banana, and use coconut oil to cook the bananas. 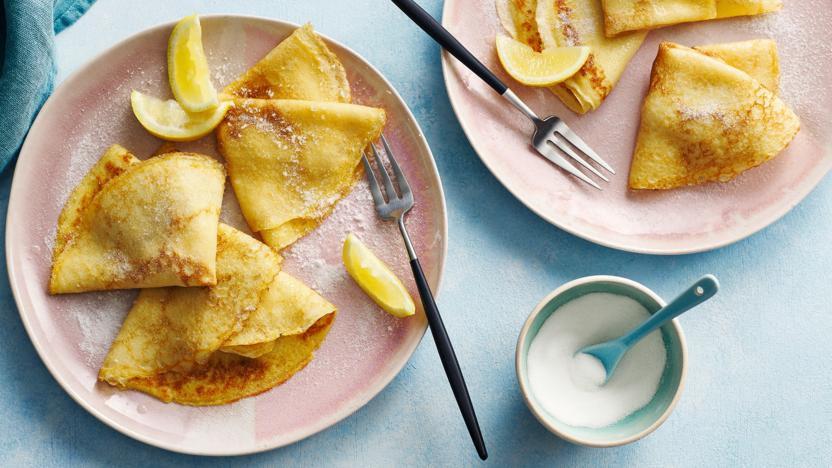 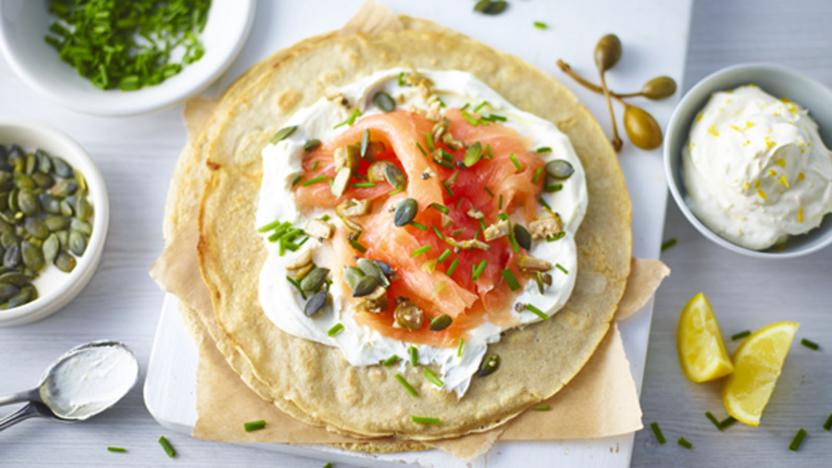