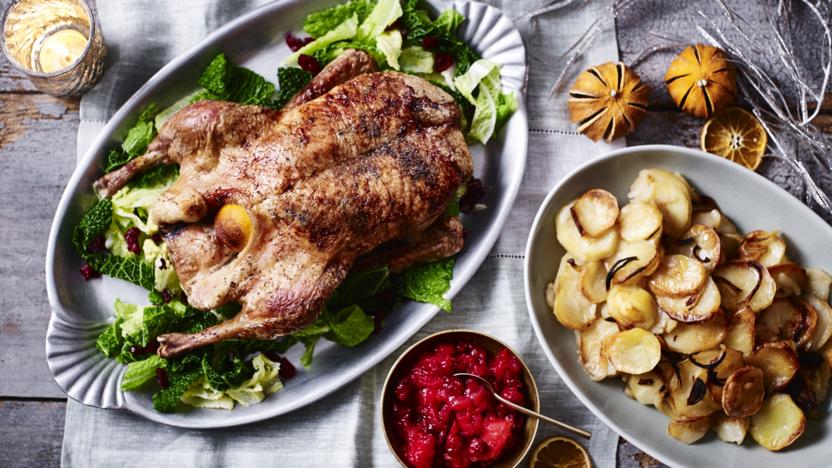 James Martin presents a Christmas alternative - spiced roast duck cooked over the best potatoes you will ever taste.

For the cranberry apple sauce 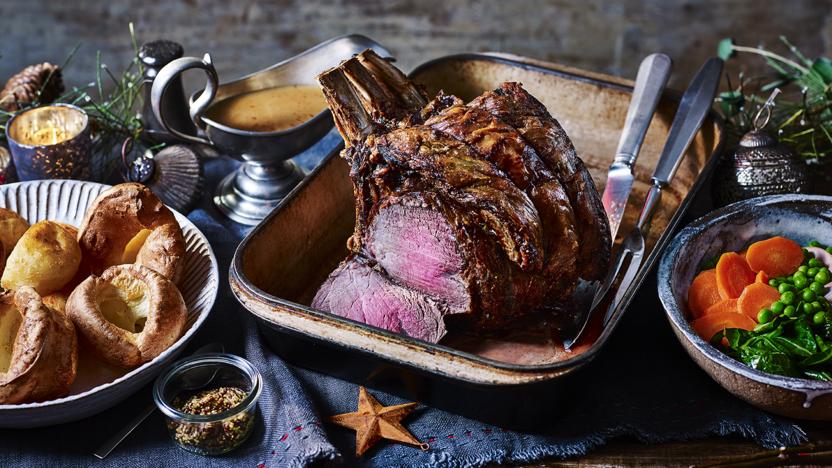 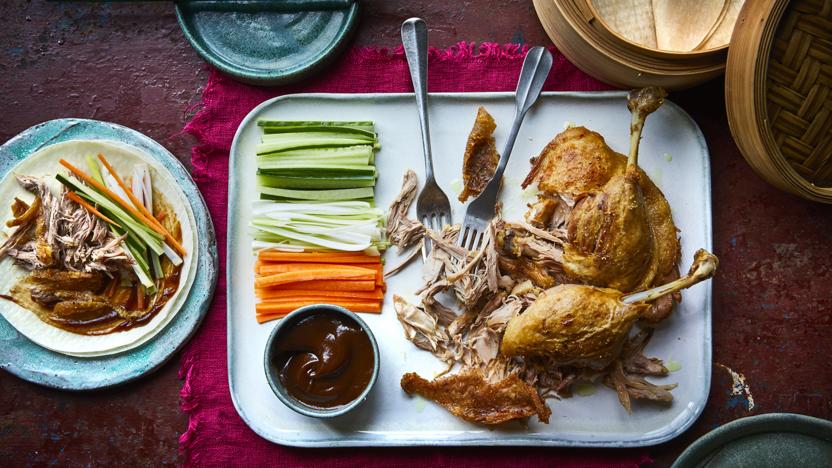 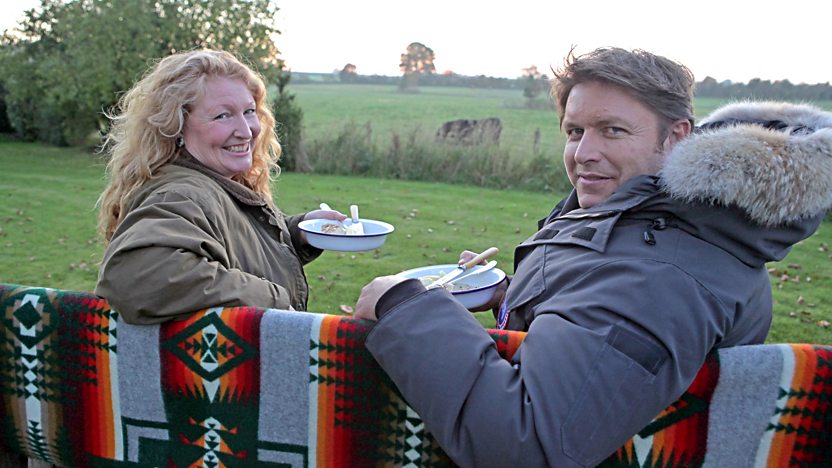