Chorizo hash with peppers and paprika

Equipment: You will need a heavy-based frying pan about 8 inches (20 cm) in diameter, a slightly smaller frying pan for the eggs. 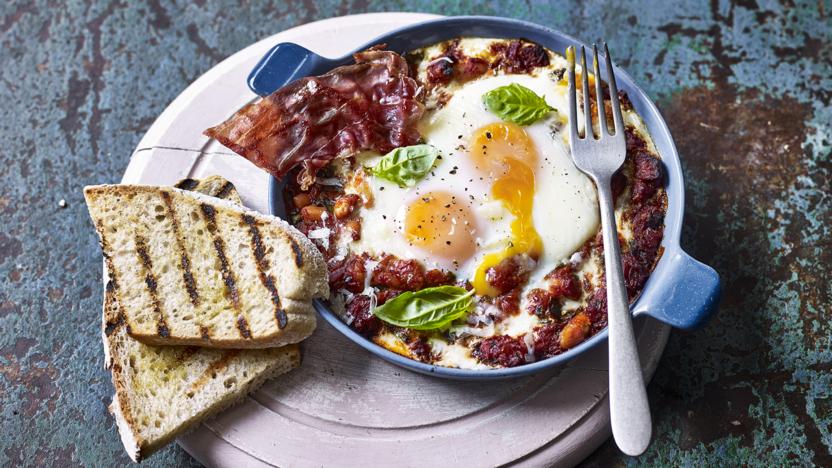