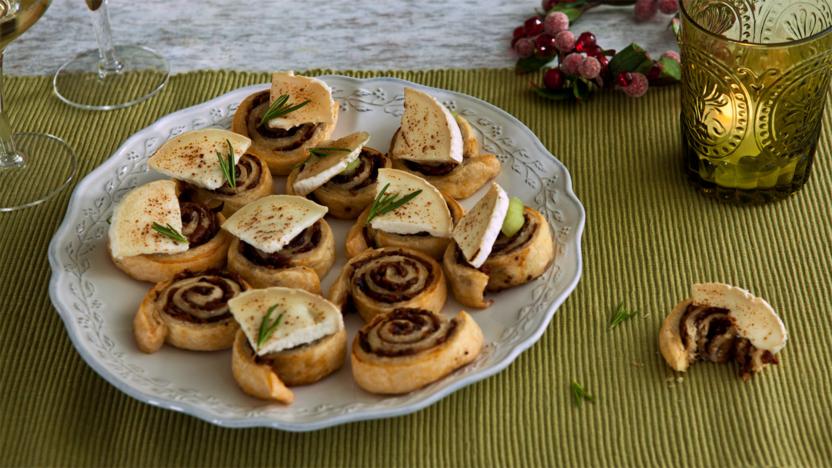 Goats' cheese and red onion are perfect partners in these impressive looking canapés. Best served warm on the day they are baked.

For this recipe you will need a chef's blowtorch.

For the caramelised red onion

For the pickled cucumber

There's no salt in the pastry because the topping is quite salty, however if you decide to serve the swirls without the pickle and goats' cheese you may want to add a pinch to the flour. 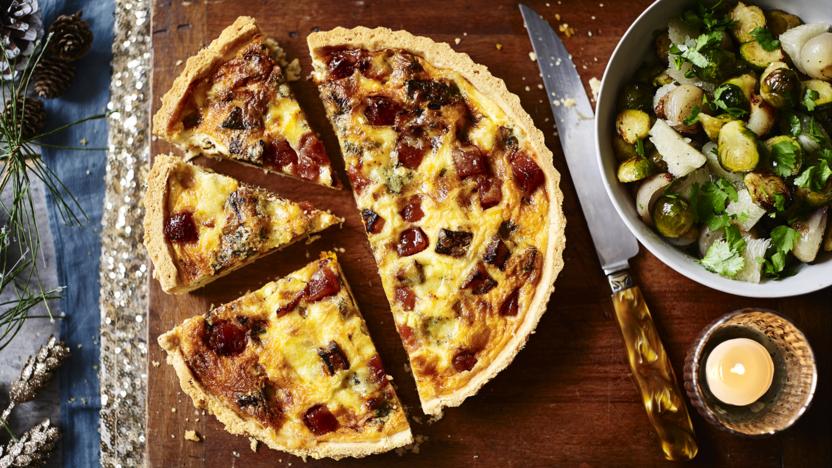 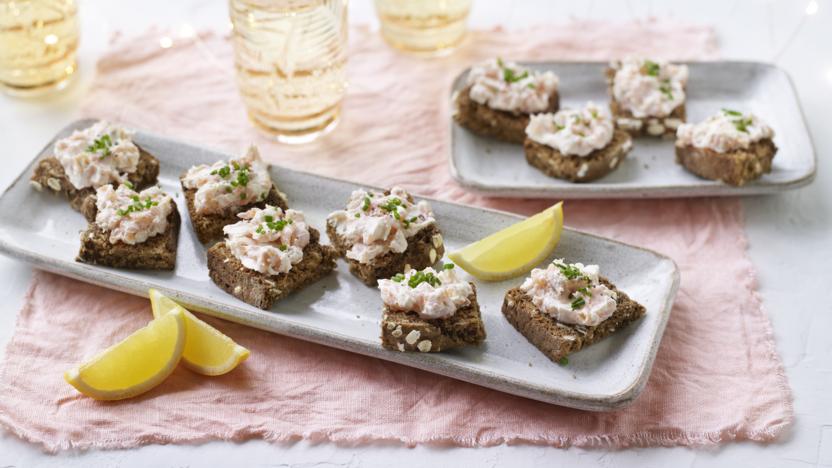 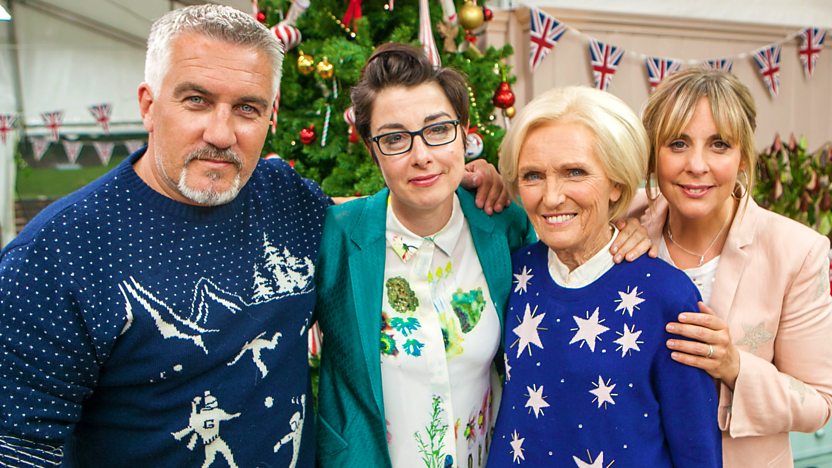 2. The Great British Bake Off