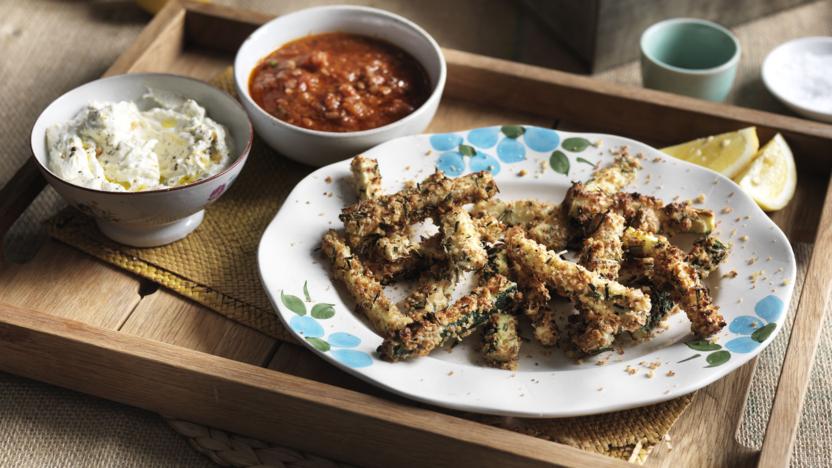 These baked courgette fritters are really rather good and make a change from chips. Kids will enjoy preparing the breadcrumb topping and dipping the fritters into the garlic dip.

For the roasted garlic skinny dip

For the marinara sauce

For the courgette fritters 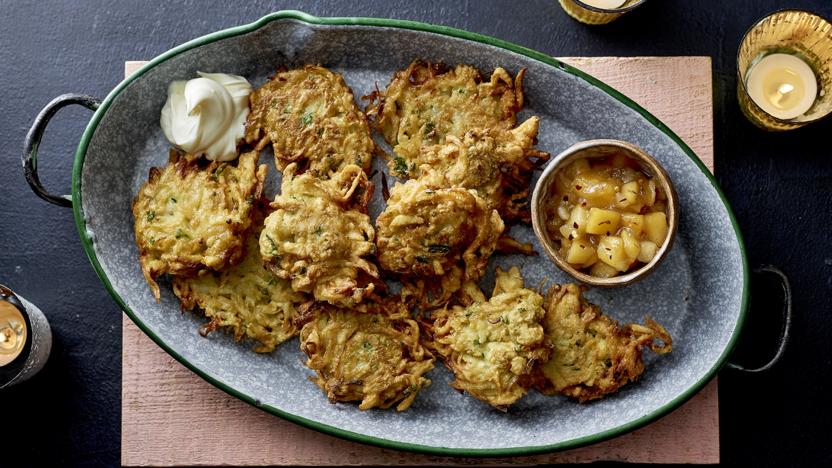 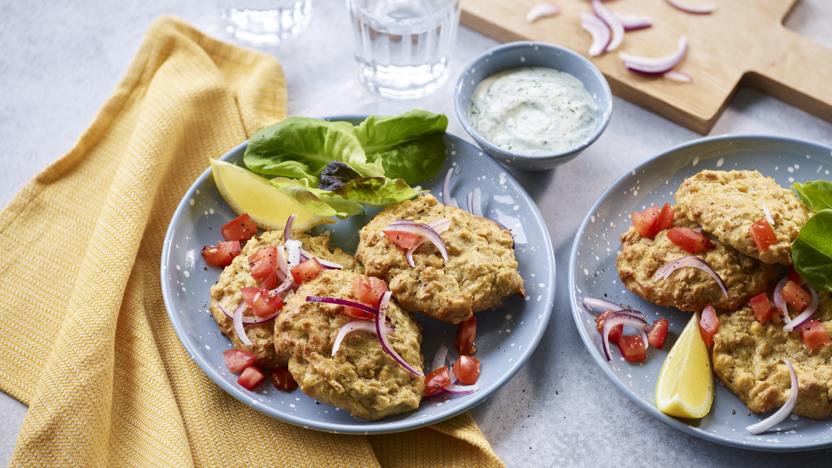 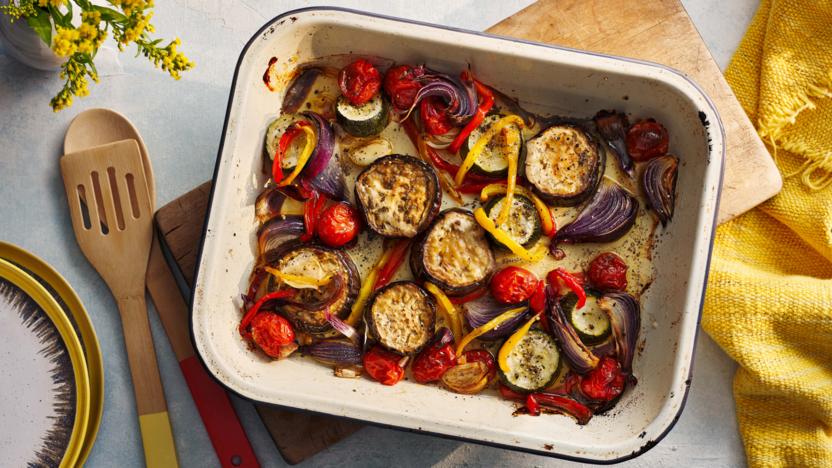 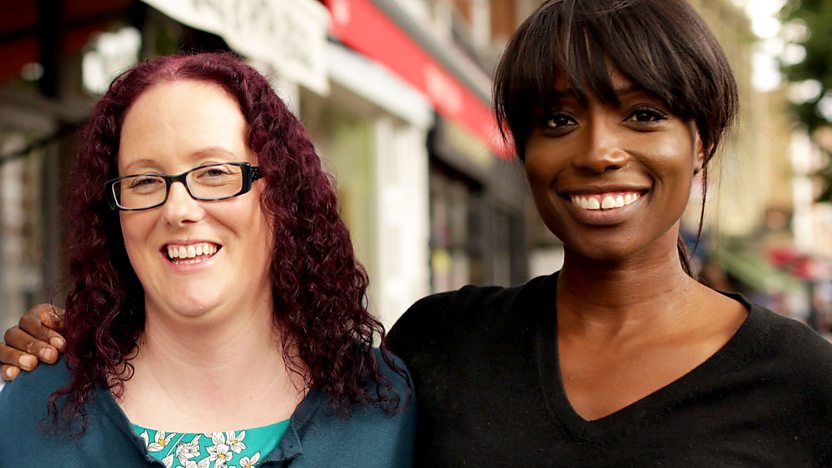 Lorraine Pascale: How to be a Better Cook