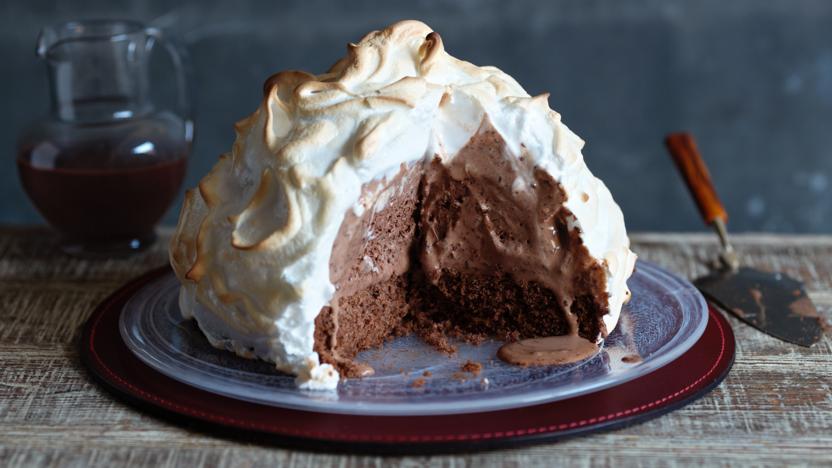 A simple chocolate cake topped with your choice of ice cream – which is then smothered with soft meringue and lashings of chocolate sauce. Surely this 70s classic is due a revival?

Equipment and preparation: you will need a 1 litre/1¾ pint pudding basin (20cm/8in in diameter), a 20cm/8in round cake tin and a flat baking tray.

By Rachel Allen
From Saturday Kitchen Best Bites
Share this with

For the chocolate cake base

As an alternative, you can make a chocolate orange sauce - just add 1-2 tablespoons of orange liqueur (such as Cointreau or Grand Marnier) and one teaspoon of finely grated orange zest to the basic chocolate sauce. 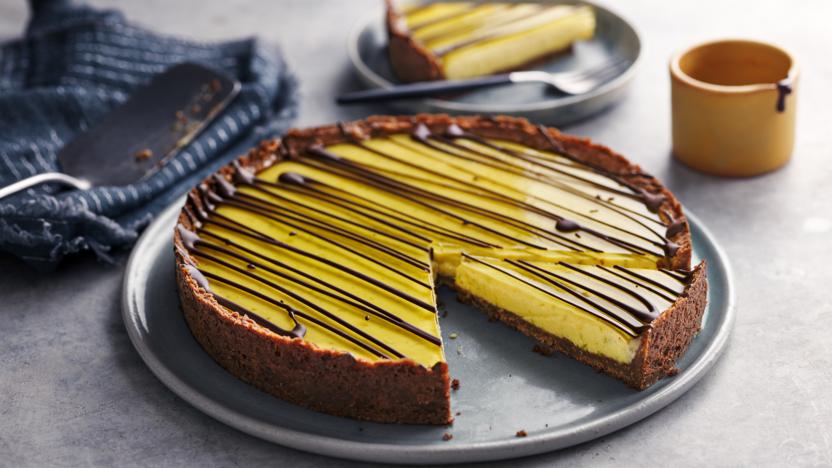 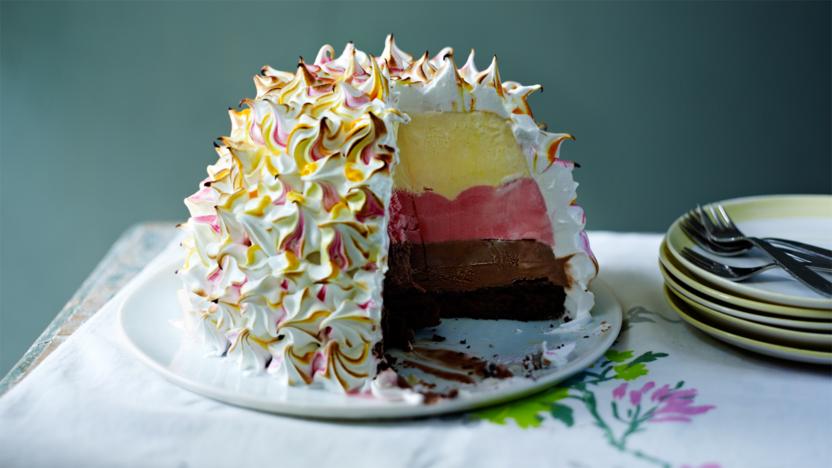 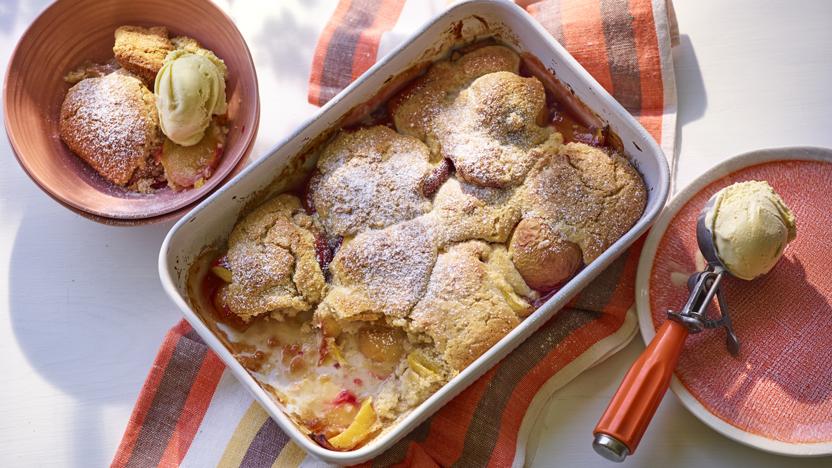