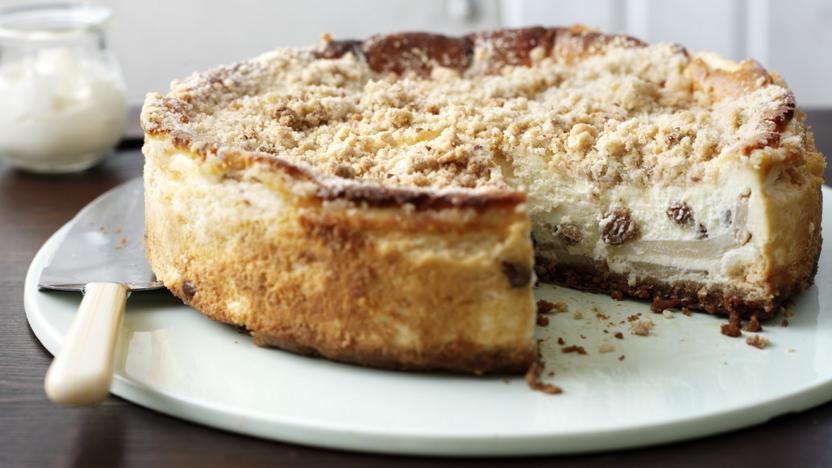 Apple crumble and cheesecake are combined to make the ultimate dessert.

For the crumble topping

For the biscuit base 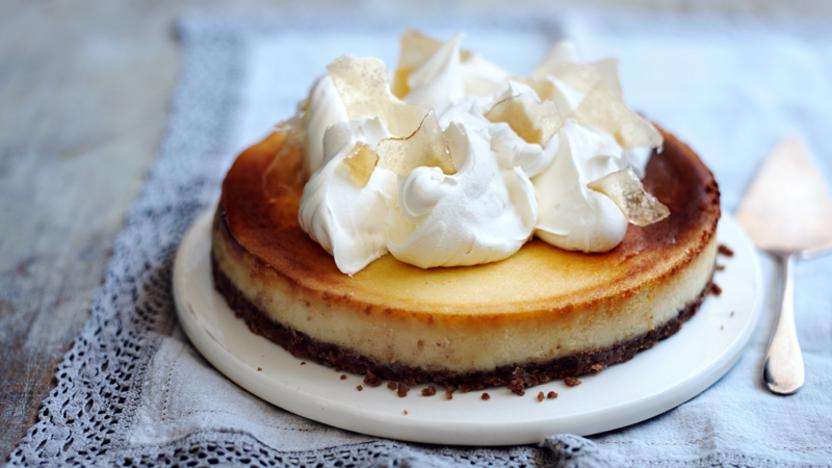 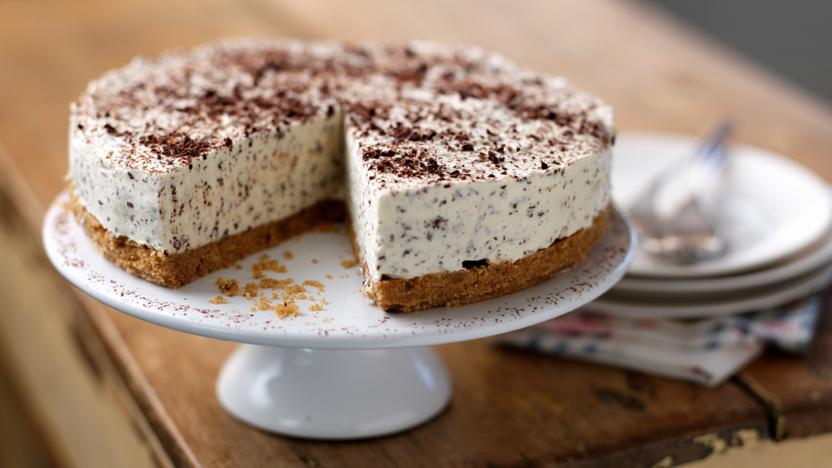 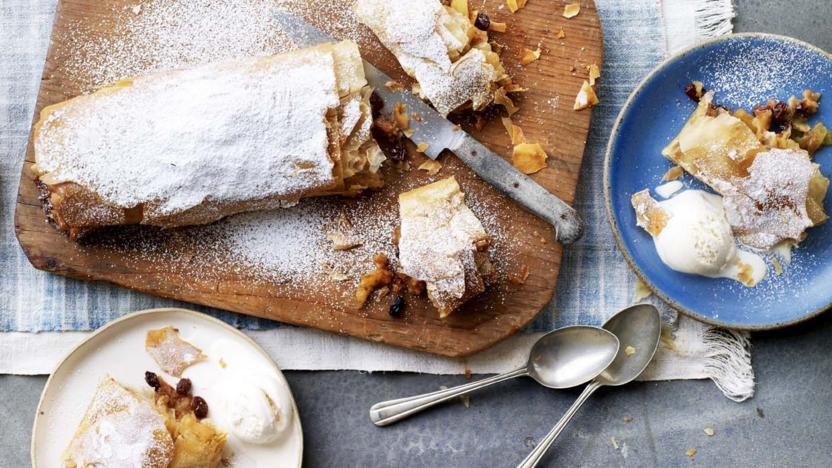