World War Two foods that changed the way we eat

It’s been 75 years since the nation took to the streets to celebrate the end of the Second World War. VE Day baking ideas were sought out, with cakes baked using extra sugar rations given for the day, and people brought out bottles of alcohol they’d kept for this much-dreamed-of occasion.

While the celebrations for the 75th anniversary will be muted – with street parties and processions on hold – you may well raise a toast in your home to those we are honouring. You might even go one step further and whip up a wartime dish like Woolton pie, brought to the public’s attention by the era’s cooks, including Marguerite Patten.

However, you might be surprised to learn that some still-popular dishes, ingredients and cooking methods first came to our attention as a result of rationing. Food historian Dr Annie Gray reveals how the wartime kitchen has influenced us.

Nowadays, if you’re vegetarian or vegan, there are plenty of meat substitutes. Want a vegetarian sausage? No problem! A chicken-style stir-fry? That’s fine! But what you might not realise is this is nothing new.

With rationing greatly reducing the population’s access to meat, recipes cropped up pertaining to offer a ready-made replacement for meats and dairy products. Mock goose, duck, even cream, were all possible if you followed recipes that focused on ingredients readily available from your ration book or points. But while now we have ingredients such as soy and mycoprotein to make our meat substitutes from, at the time things had to be a little more basic – which meant the recipes weren’t always all they were cracked up to be.

“Although you do get recipes in books for things like mock duck, mock crab and mock goose, I’m not completely convinced they were cooked, because quite frankly, what’s the point in turning out something that vaguely looks like a goose when you all know it’s not? It’s actually more depressing eating it than it would be just saying ‘here’s a meatloaf instead’,” explains Dr Annie. So what were the substitutions made of? “Potatoes. There were a lot of potatoes.”

We’re really talking about the onion here, which during wartime became the must-have ingredient – that is if you were lucky enough to find them. Popular because they added flavour, texture and bulk to a dull dish, onions became difficult to source, and when you got one you’d celebrate. “Onions became quite a craze. So if people got hold of an onion, it would be a big thing and they’d sit around and look at it. It was just like a beautiful, beautiful thing.”

Some of our favourite veg had, prior to the war, become less popular. But inspired by the ‘dig for victory’ mentality – and of course, a desire for something (anything!) that was different – other root veg returned to people’s veg patches during rationing. “There were certain vegetables we hadn’t grown for a long time, which came back again – things like celeriac, certain squashes and gourds. People, especially keen gardeners, were willing to experiment with anything, and any seeds they got hold of they would grow.”

With onions still a store-cupboard staple and root veg plentiful, it’s possible they wouldn’t have the same beloved place in our meals today if it hadn’t been for rationing.

While the Woolton pie is heavily associated with wartime Britain, at the time it might not have been as nice as the buttery, rich modern version.

“Woolton pie, or puddings involving lots of carrot or potato, are the most talked-about dishes. A lot of them were poverty foods reinvented. But the trouble with many of them is they’re really amazing if they’re in buttery pastry and you add good gravy, but at the time it was often pretty revolting, really, because it just depended on how many spices you had left from before the war.”

Crumbles, on the other hand... “I would say that crumble is the unequivocal success story of the war, becoming a quintessentially British dish. Obviously, modern crumble recipes, which we tend to have with custard, are a little higher in sugar”. So why did crumble become so popular? “If you want to make a pie or fruit tart, then obviously making pastry involves quite a lot of butter along with your flour and potentially sugar as well. Whereas if you mix a lot less flour with a lot less butter and a lot less sugar, crumble it up and put it on the top of your fruit, you’re going to get a pastry hit with much smaller quantities of ingredients. And you can put a lot of fruit in that as well, which you don’t have to sweeten very much because you’re relying on the natural sweetness of the fruit. It’s one of the reasons why apple crumble is so popular.”

While our supermarket shelves are full of options, back then the shops may well have got their limited supplies from the customers themselves.

Groups such as the WI would travel to different villages and towns demonstrating how to make jam and how to sterilise jars properly. “And they were preserving not just for themselves, but also for local shops and for troops as well. There was an idea that you should pull together and if you have a glut of jam you can do something about this and distribute it to other people as well. So preserving did play a massive part.”

While preserving had of course existed prior to the war, it hadn’t been taken up by the masses. “If you had been poor, or living in a rural and secular setting, where you might get cut-off at any point, you would have been preserving. But now it was people who perhaps were on that cusp where you’re living in a small town, so you’re not normally reliant on preserved foods, but now it’s really important. And techniques that were going out I think in the 1930s and ’40s, such as salting beans and pickling vegetables, as well as drying things out, made quite a comeback.”

Home pickling has made something of resurgence in recent years, with pickles such as kimchi growing in popularity. Back in wartime, people were just as willing to try pickling different ingredients. “Green vegetable consumption was massive during the war, and things like green beans, French Beans, runner beans, were all pickled”, explains Dr Annie.

Instant coffee and the American dream

We all know how influential Minnesota’s spam was during (and after) the war – but with American troops often on British soil, the other food they brought with them left a BIG impression on the nation.

“Instant coffee became very popular after the war”, says Dr Annie. “It was invented before the war, and launched in Britain in 1938, which was really bad timing. But Nestlé started to supply American troops with Nescafé. People across the world got very used to certain American products being consumed, and they saw these strapping young GIs, who were all well fed, unlike anyone else, and the foods they were eating became associated with the idea of having plenty and with good physical health. Nescafé, Spam, Coca Cola and Wrigley’s Chewing Gum all became popular.”

While meat was in short supply during the war, the impact of American farming practices massively expanded during wartime and went on to change the face of farming.

By the time rationing had come to an end in 1954, meat that hadn’t been affordable to most people before the war was now suddenly accessible.

“Chicken was the big success story. When you think that today chicken is totally ubiquitous, the meat that everybody wants, but up until the Second World War it was something only the rich could afford. It was a luxury meat. However, there was a lot of breeding work during the war, especially in America. So afterwards new breeds of chicken were available which got much, much fatter, much more quickly. They were plump and ready to be consumed in 12 weeks, and they didn’t have to be farmed in extensive circumstances.”

Dr Annie is keen to point out that this wasn’t the start of battery farmed chicken, “because they were doing pretty awful things to chickens before, but the new breed of chicken meant that the price went down enormously because they could be produced quickly. By the 1960s everybody could afford it. And the same could be said, to some extent, of beef, as there were new ways of farming it and feeding it. A lot of the bad things in the farming trade came out of the war. But it meant that everybody could afford meat really for the first time ever. You stopped seeing vitamin deficiency diseases pretty much overnight, which was a really, really huge move forward.”

We are all trying to reduce our food waste, and back in wartime absolutely nothing could go to waste. Ingredients would be eked out as much as possible, which is where toad in the hole comes in.

“To some extent we owe our love of toad in the hole to the war. It was around before, but it really grew in popularity. You’ve got a very small quantity of meat and you’re then chopping it up into smaller pieces and putting it into a batter which uses milk, flour and one egg. It was a very good use of your one egg a week because you can make a lot of batter. And you can eke out a very small quantity of meat, especially if you put vegetables in it as well.”

This mentality of making the most of every ingredient was especially applicable to foods seen as luxury items – like the odd orange that might occasionally come into stock in the local shop.

“If you got an orange, you’d use the zest in one dish and the juice in another, and you might use one slice in your saved gin and reuse it for three nights running. Then you would keep the husk that you zested and juiced and use that to stew up perhaps with some water and sugar to make some form of syrup to flavour things. Or you might pulp it and mix it up with butter and make it into orange curd, which you’d use sparingly.”

Obviously ready meals weren’t in the shops at the time, but Dr Annie believes their beginnings came about due to the war. “It paved the way for ready meals later on because dehydrated foods also became popular – things like mash – and continued after the war. Then of course, frozen foods were part of this technological change that was brought about due to the war. So I suppose in some ways, World War Two ushered in, or at least hastened, the move towards tinned, frozen and dehydrated foods.”

School dinners and a focus on nutrition

“The nutritional science changed quite a lot”, finishes Dr Annie. “One of the impacts after the war was that there was a lot more knowledge about vitamin deficiencies and a recognition that you could suffer with malnutrition even if you were quite well fed.

“Things like milk in schools went on for a very long time, because calcium was really important for young children. The idea that the government would actually interfere with lives, which had been fully accepted and indeed embraced for most of the war, did carry on. There’s still a sense that the government should pay for school dinners for children who can’t afford them or who have issues at home and need them.” 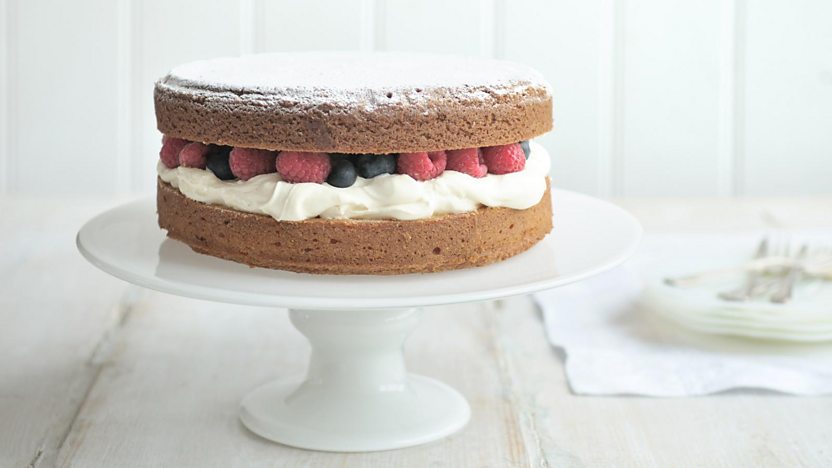 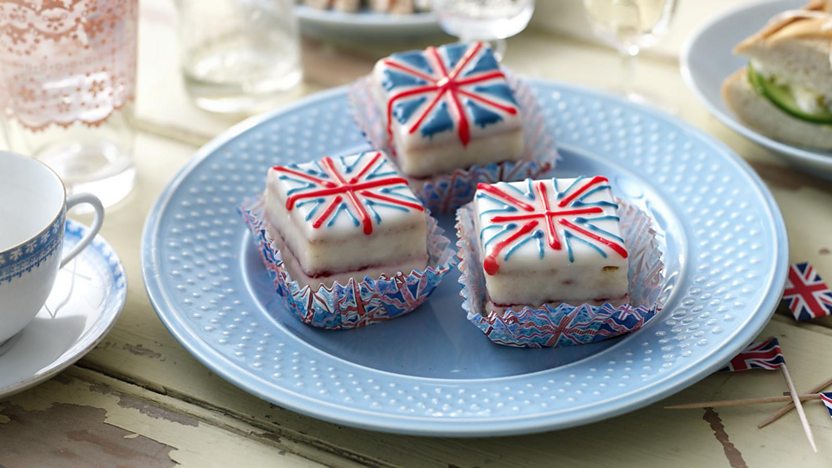 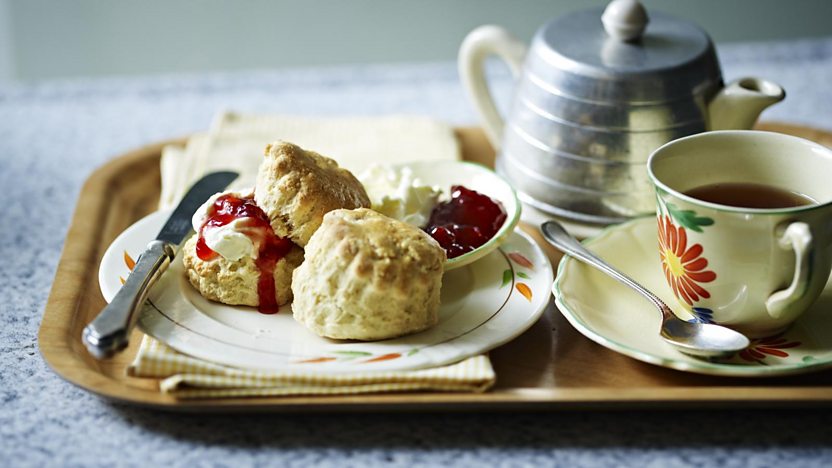 Make your own preserves 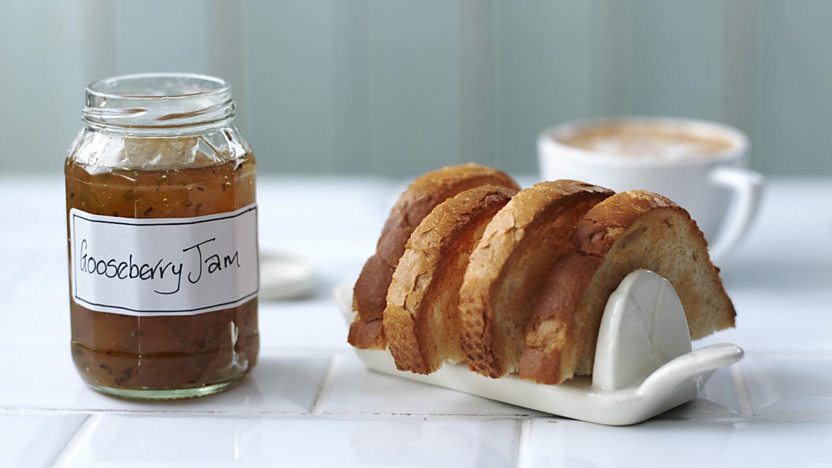 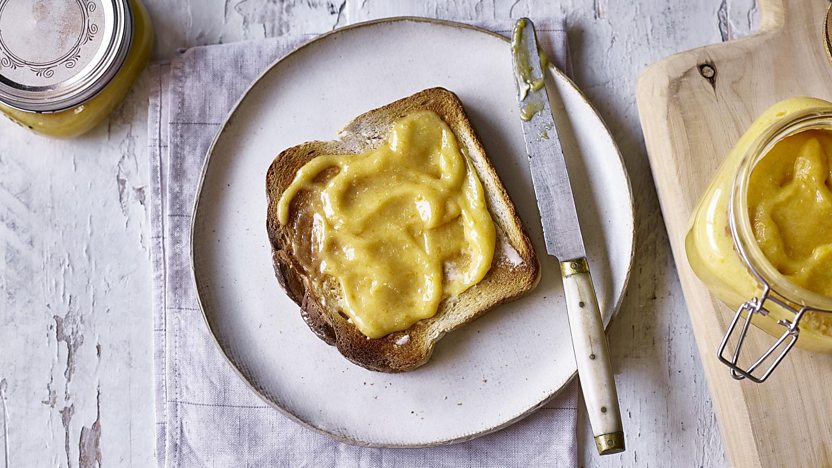 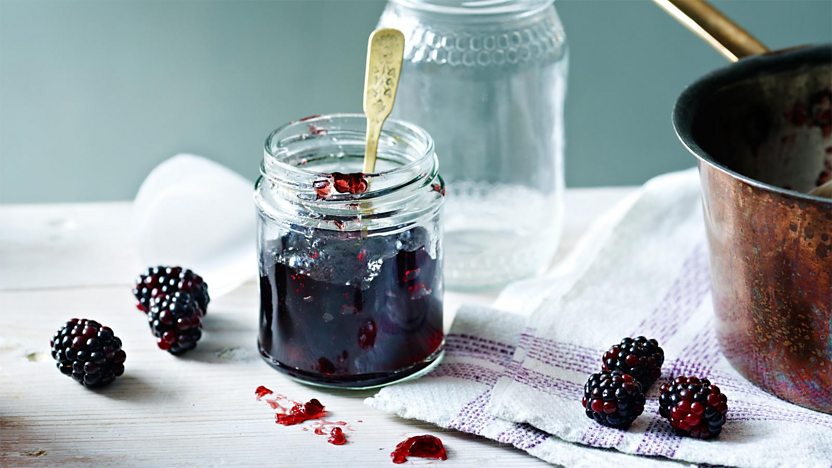