Does being vegan make you a better footballer?

Some of the world’s best footballers have been associated with a vegan diet during the playing season: Barcelona’s Lionel Messi and Manchester City’s Sergio Agüero to name just two. Other players, such as striker Jermaine Defoe and midfielder Chloe Arthur, have tried following a vegan diet year round.

Converting an ever-increasing number of footballers and athletes, vegan and vegetarian diets are linked to claims of increased fitness, quick recovery and reduced injury, but what does the science tell us?

Studies have found that eating a vegetarian diet does not put athletes at a disadvantage when it comes to fitness training. Research at Arizona State University, which compared the aerobic fitness of omnivores with that of vegetarians, found no negative effects on fitness of a plant-based diet.

Heather Russell, dietitian at The Vegan Society, says that “active people need to ensure that they’re consuming enough energy, most of which will come from carbohydrates, found in starchy foods such as oats, potatoes and pasta, and fruit. Fuelling-up before exercise is important, and optimum post-workout refuelling can be achieved by eating within an hour. Carbohydrate-rich options containing a moderate amount of protein are ideal". 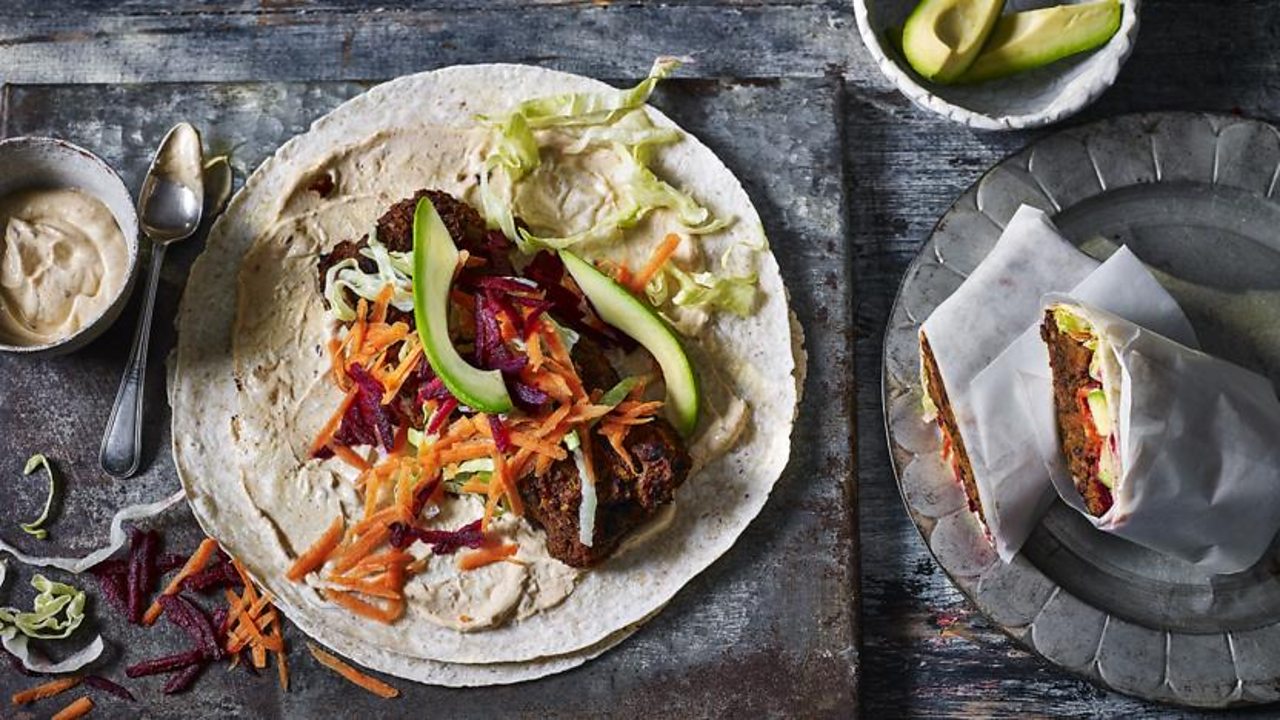 Some people worry about getting enough protein on a vegan diet.

Evidence published in the American Journal of Clinical Nutrition compared the muscle mass and strength of 2,986 men and women aged between 19 and 72 who ate a plant-based diet with that of omnivores. They found that as long as people are eating enough protein, it doesn't matter whether it is plant- or animal-based.

Even with athletes’ higher protein requirements, a study from the National Center for Biotechnology Information found that simply increasing the number of calories taken in resulted in protein needs being met in 97 per cent of cases. The researchers concluded that vegan and vegetarian athletes should concentrate on increasing their calories when required, as this will in turn will provide enough protein for most.

Nutritionist Fiona Hunter says “There are plenty of ways for vegans to get protein into their diet. Unlike animal proteins, most plant proteins don’t contain the full range of essential amino acids – but if a variety of different foods containing protein are eaten over the course of the day, the body can get everything it needs. Nuts, seeds, nut butters, soya milk, tofu, tempeh, beans and pulses are all good sources of protein".

Private chef Rachel Muse, who creates bespoke meals for elite athletes, including top footballers, agrees and gives the simple tip that adding “pea powder is a really easy way to up the amount of protein in lots of different meals including sauces, soups and even vegan wellingtons”.

Heather Russell recommends using fortified soya milk as a dairy milk alternative, as “it contains much more protein than other plant milks, and the quality of soya protein is similar to that of meat and dairy”. 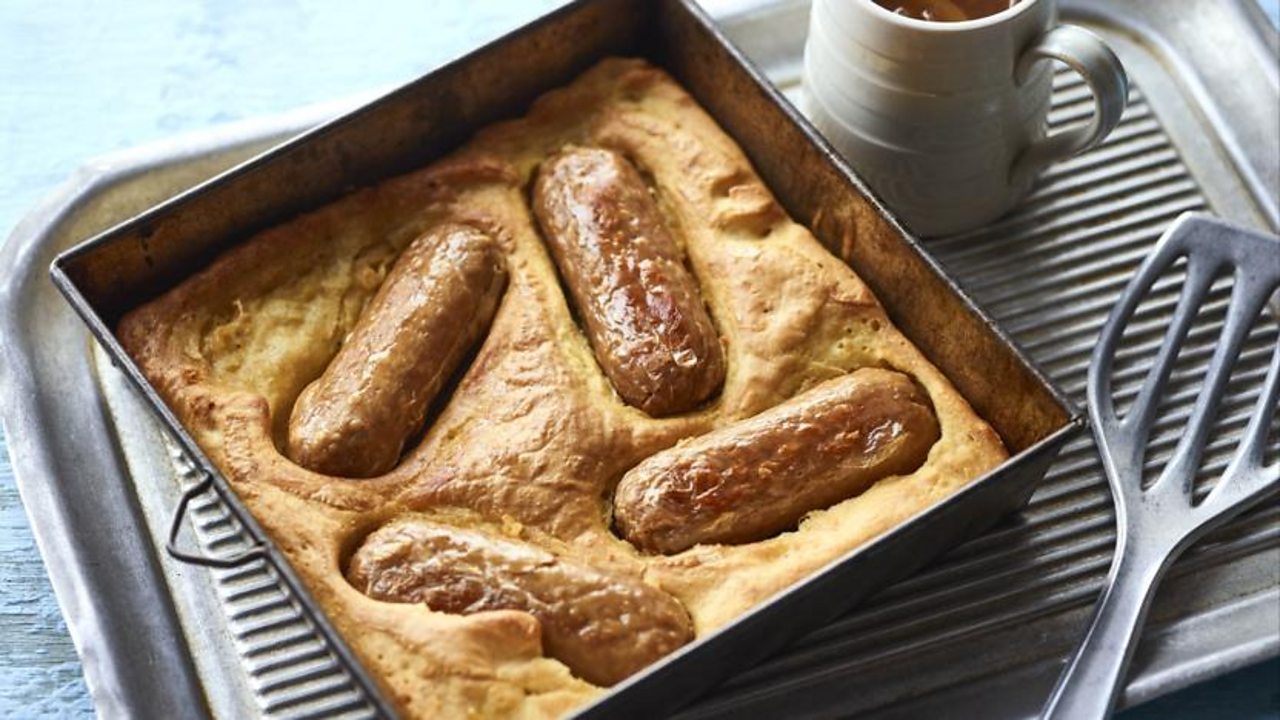 Footballers including Chris Smalling, Hector Bellerin, Fabian Delph and Chloe Arthur have all been quoted singing the praises of a vegan diet.

Sports nutritionist and author of The Vegetarian Athletes Cookbook, Anita Bean, says that “studies have found people who ate a vegetarian diet for at least two years had lower levels of inflammation than those who ate an omnivorous diet, suggesting that plant-rich diets have an anti-inflammatory effect on the body, which can speed up recovery time”.

Anita recommends eating a varied plant-based diet containing lots of fibre because each fibrous food contains different nutrients that your gut microbes can thrive on. “There are many types of fibre and the more types you eat, the greater the benefit. This includes fruits, vegetables, wholegrains, pulses, nuts and seeds”, she says.

Just like in any diet, “it is best to avoid highly processed foods, as they contain ingredients such as emulsifiers that either suppress ‘healthy’ microbes or increase ‘unhealthy’ species”, she continues.

Rachel Muse is keen to point out that gut-nurturing, fibrous carbohydrates such as wholegrain pasta and rice should be eaten up until close to match day, when white, starchy carbs which offer quick-release energy can be eaten. 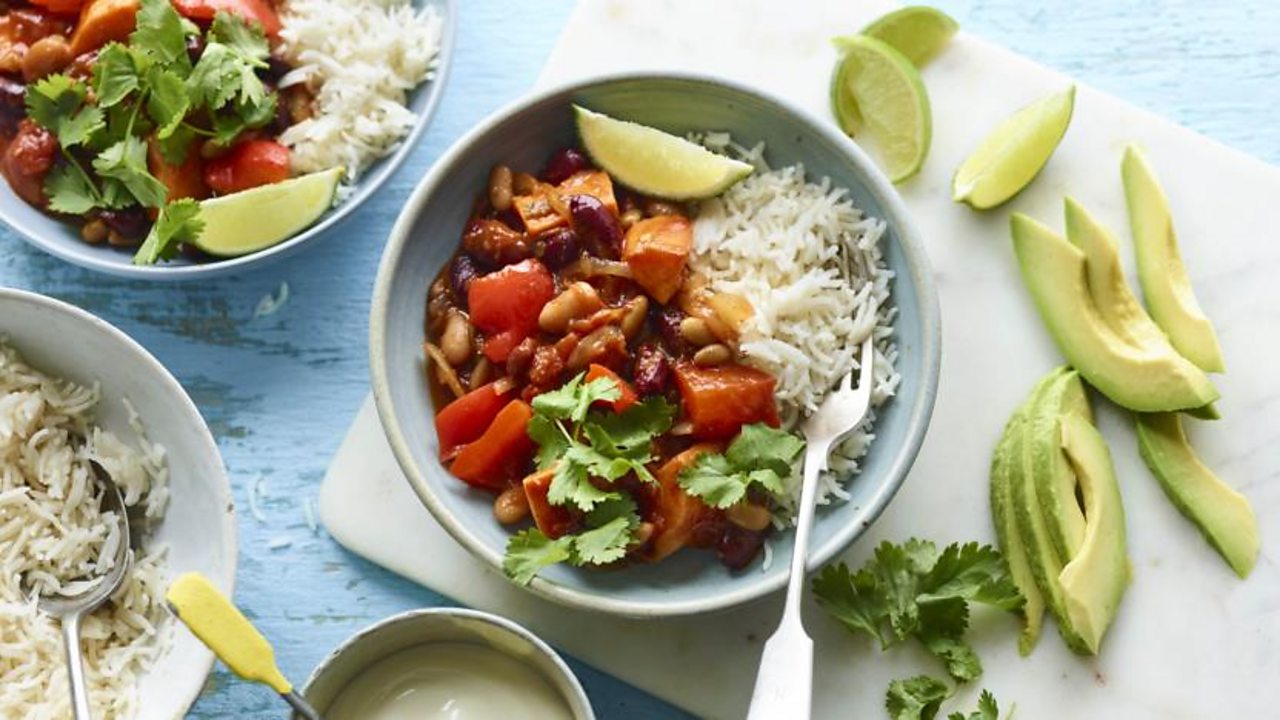 Will you miss out on vitamins and minerals?

"Some nutrients can be more difficult to get on vegan diet, but it's not impossible with the right advice", says Fiona Hunter.

Calcium is needed for bone health and muscle function. Fortunately, there are many plant foods that contain calcium, such as green leafy vegetables, tofu, nuts, seeds and fortified foods.

Iron transports oxygen to your muscles. The Vegan Society says that iron deficiency is the most common nutrient deficiency in the world. But there are lots of plant foods containing good amounts of iron. Iron absorption appears to be only about 5 per cent for vegetarian or vegan diets, so vegans need to eat foods that are high in iron on a regular basis. These include beans, fortified cereals and green leafy vegetables. You should eat them alongside foods containing vitamin C, such as oranges, kiwis and berries, as this will aid iron absorption.

There is no reliable natural source of vitamin B12 in a vegan diet, so many vegans take a supplement. You can also get B12 from fortified foods and drinks. The Vegan Society suggests eating foods foritfied with B12 twice a day.

A study found that vegetarians are more likely to have a zinc deficiency than omnivores. Zinc helps support immune function and gene expression but it is not well absorbed from plants due to their phytate content (which binds to the zinc in the gut, hindering absorption). Hemp seeds, pumpkin seeds, beans and chickpeas are good sources of zinc, which should be eaten with a source of protein, such as oats, beans and legumes to aid absorption.

Omega-3 fatty acids are essential to human health, and must be consumed in the diet. They are anti-inflammatory, which may be beneficial for athletes. Some plant sources, such as chia flax and hempseeds, contain one type of Omega-3, called ALA. However, this is a non-active form and the body can only convert less than 5 per cent of it to the active forms that the body can use, called DHA and EPA. Vegans consume almost none of these active Omega-3 fats from natural sources, so they may wish to consider supplements.

So how easy is it to eat like a professional vegan footballer?

Rachel Muse has been cooking for professional athletes for over five years. On more than one occasion she has been surprised by how little knowledge footballers have about nutrition. “High-profile athletes won’t necessarily be making the meals themselves, they can hire a chef to follow their nutritionist’s advice and then they eat the food they receive and focus on their training.

"There is usually a set performance timetable that revolves around match days, so the meals... have a lot of thought put into them that the everyday person wouldn't be able to recreate as intricately”.

Remember, you only need to eat like a professional athlete if you are one! Most people can get all of the nutrients their body needs through a balanced diet, irrespective of whether they eat meat. You can find links on good nutrition below, or on the Vegan Society and Vegetarian Society websites. 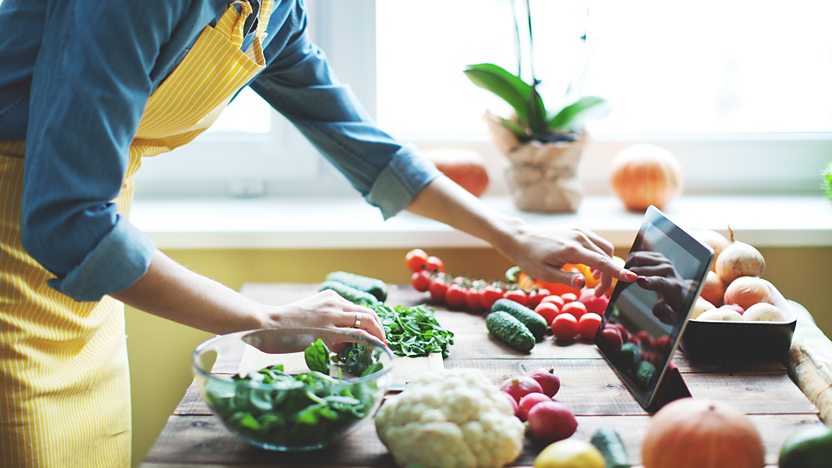 How to go vegan

Thinking of going vegan? Find out how to prepare yourself for the change and the pitfalls to avoid. 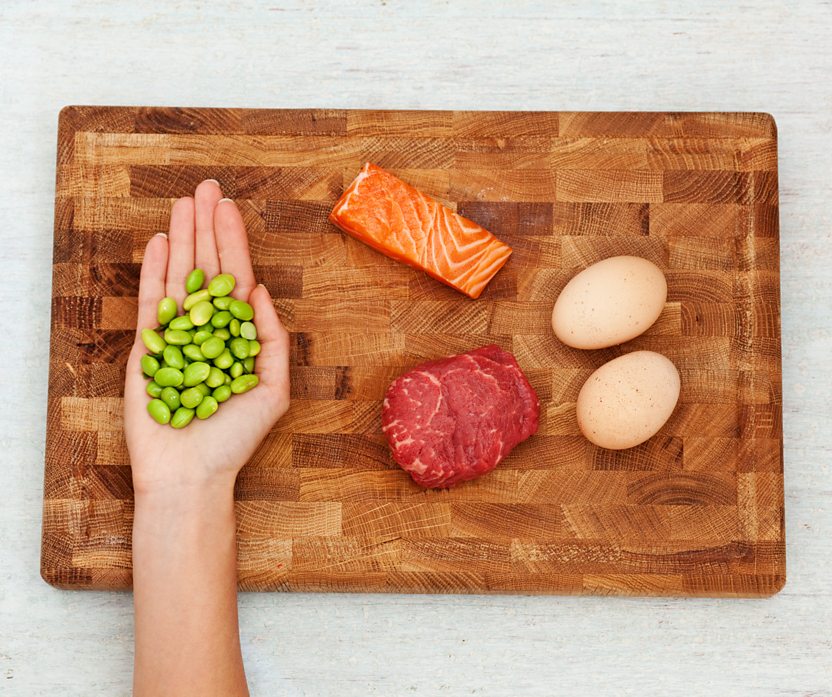 How much protein is it safe to eat?

Unsure about how much protein you should eat? Find out the answer here. 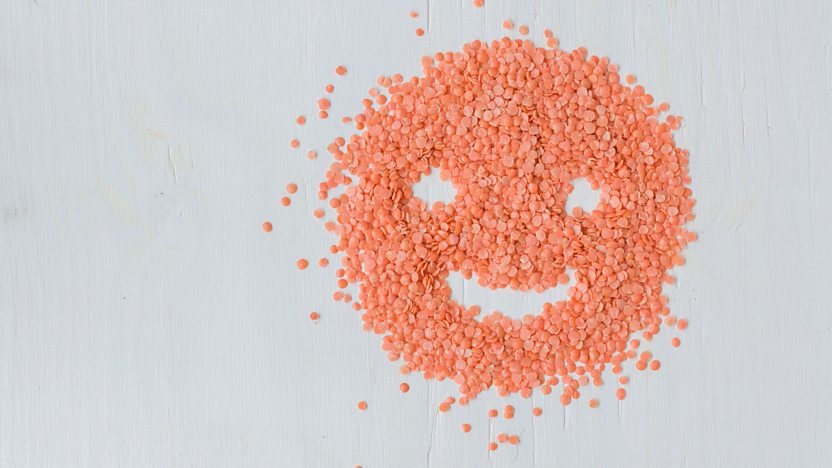 TEST: How carb-clever are you?

Think you know which carbs are good for you? Take our test and find out. 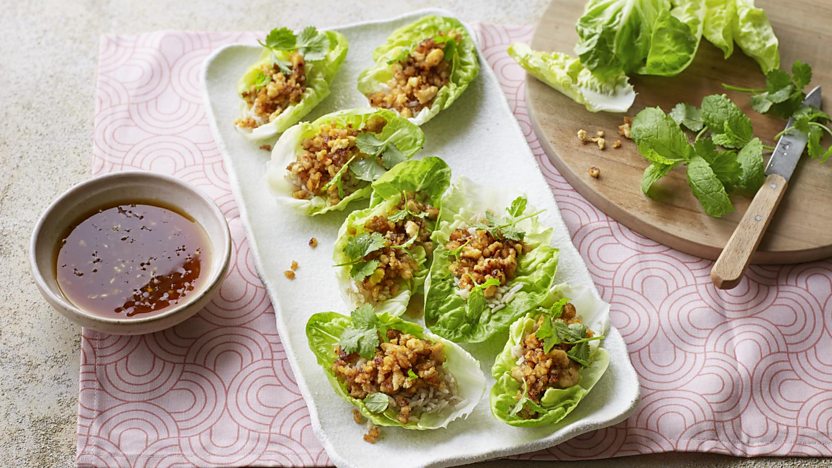 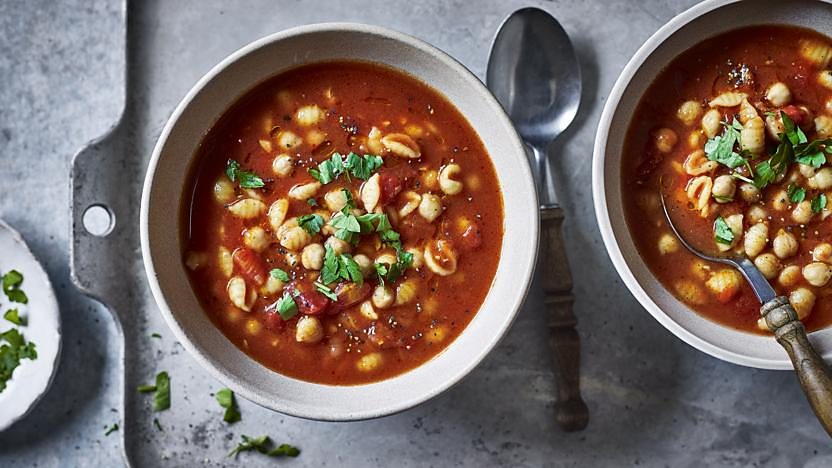 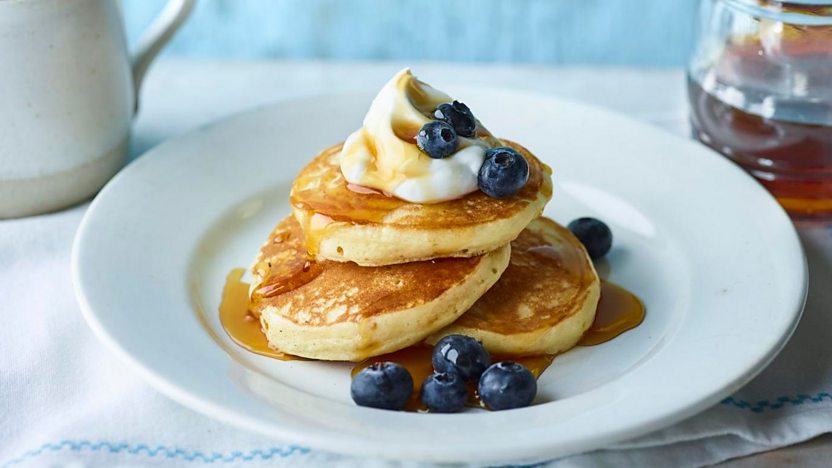 Start the day right with plenty of vegetables, protein and fibre. 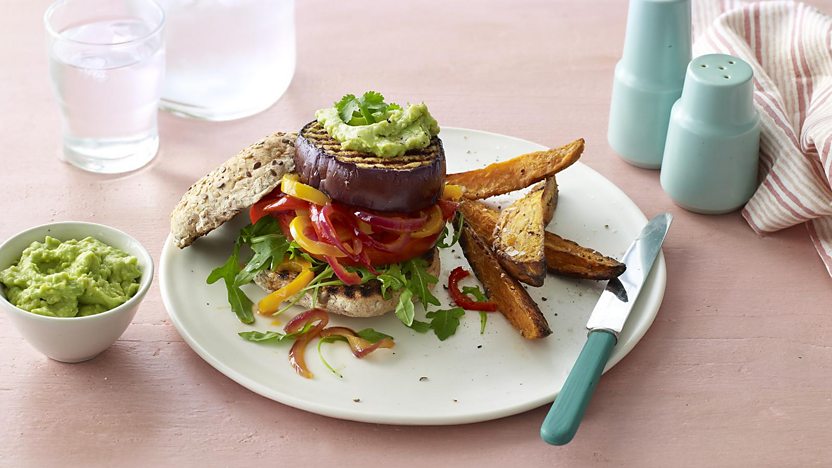 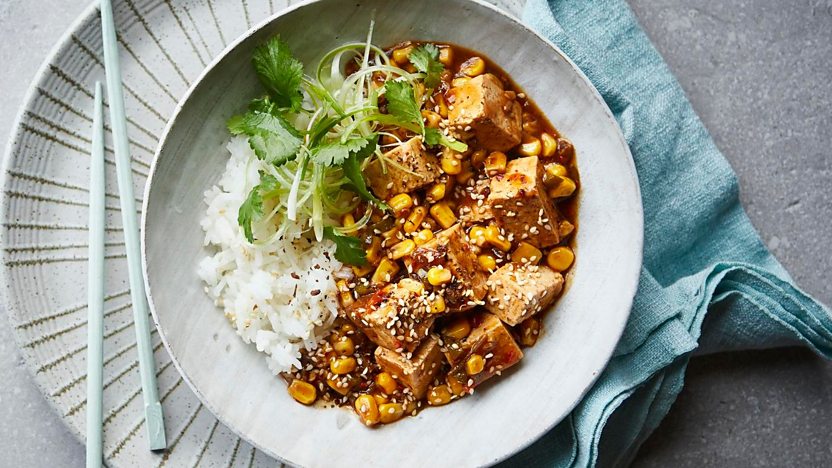 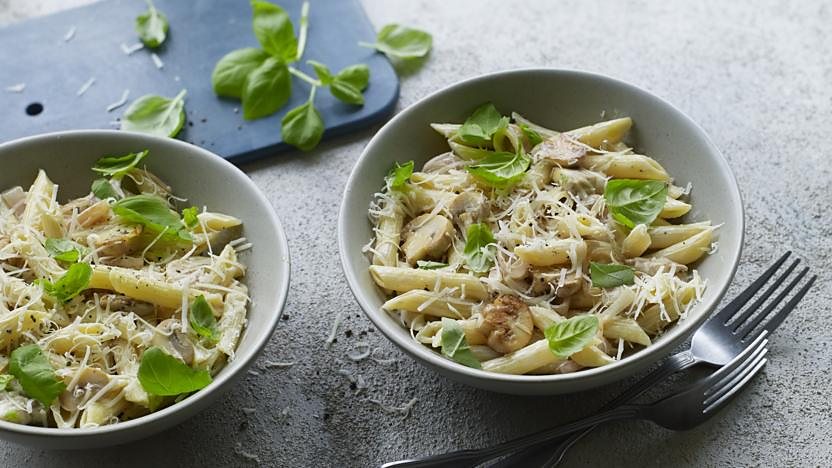 Need some no-brainer vegan dinners up your sleeve for busy nights? These are the ones. 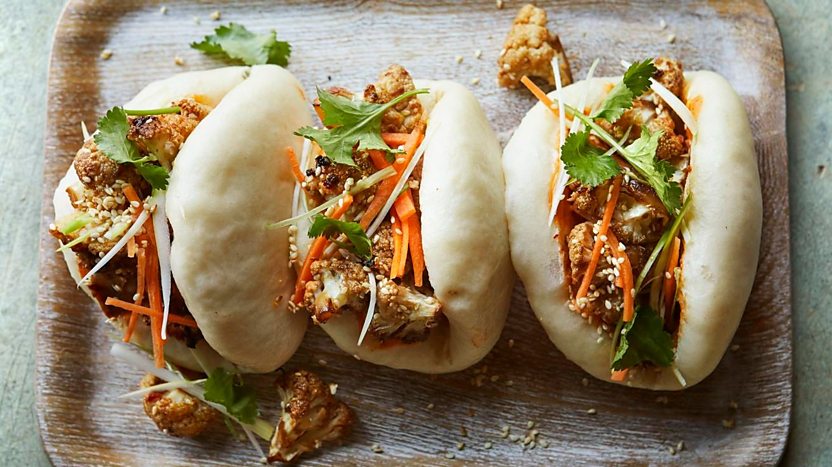 Cosy comforts without the cheese or cream 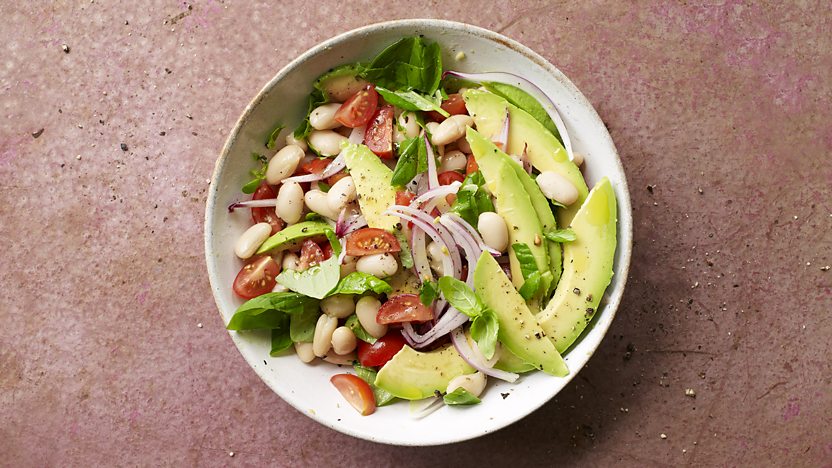 Pack a lunch that's the envy of the office with our healthy salads, soups and curries. 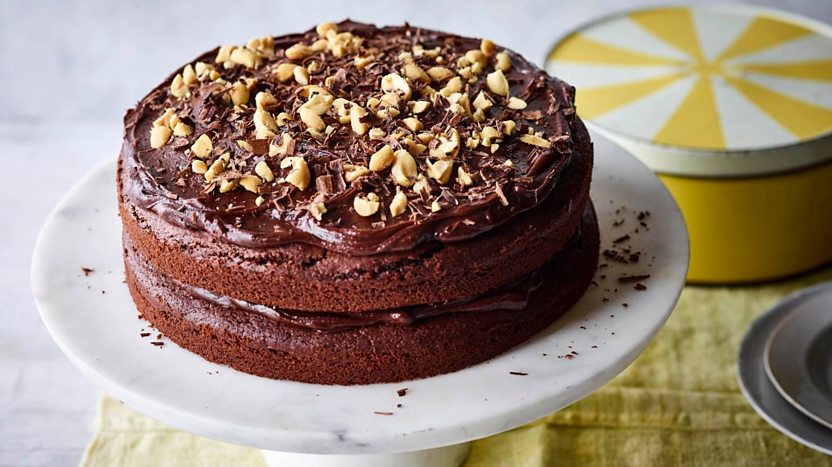 Cakes with no eggs, dairy or honey. Chocolate cake, banana bread and cupcakes are yours. 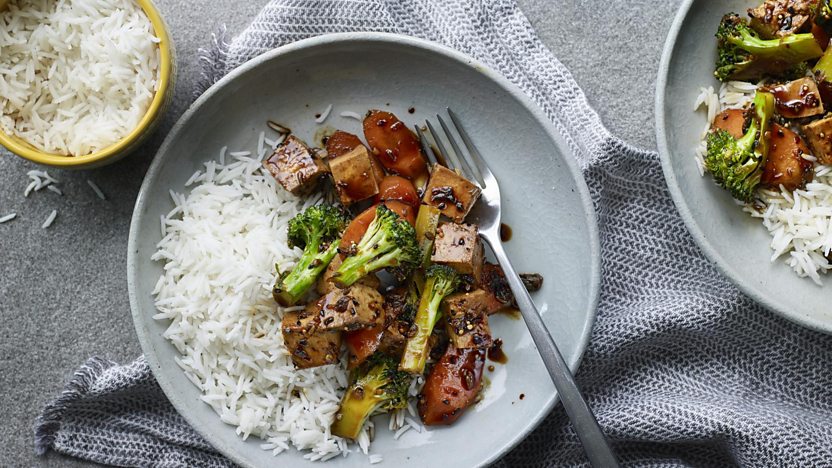 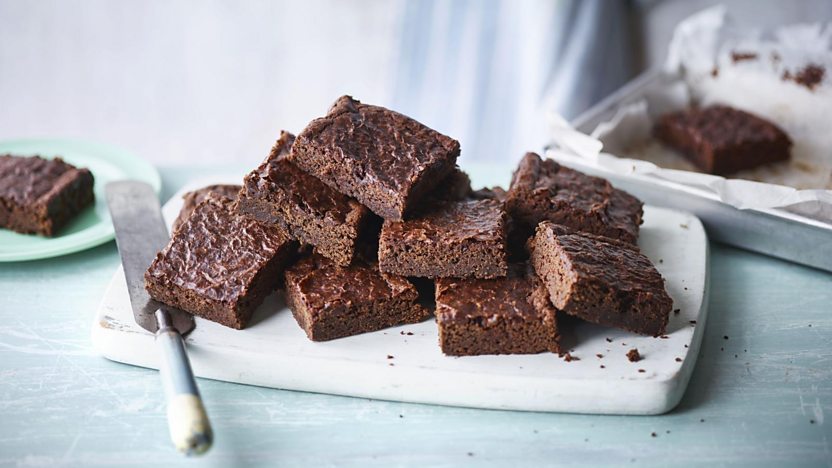 All the vegan desserts you could want. 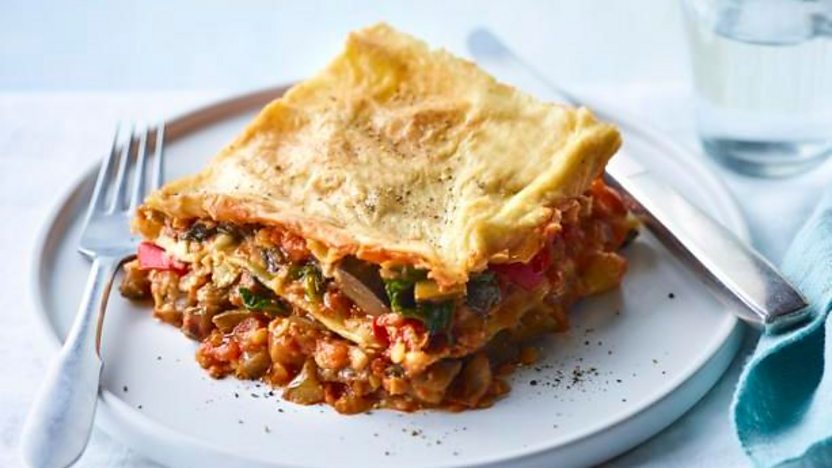