Is the source of 95 percent of our food in trouble?

Headlines warn the state of our soil is now a serious threat to the environment and crops. But they also say good-quality soil can help save the planet. “No country can withstand the loss of its soil and fertility”, said Michael Gove in 2017, raising fears there are just decades of UK farming left. What are the powers and dangers of this dark material, and how worried should we be?

Soil is everywhere, in our parks, gardens, farmland, beneath our feet and under our pavements. But this extraordinary and valuable substance is often overlooked and dismissed as ‘dirt’.

We fundamentally rely on soil. It produces 95 percent of our food, be it the crops we eat, or grasses and other plants to feed animals for meat. And this is just one aspect of the goodness of the ground.

“Soil is one of the most underrated and little understood wonders on our fragile planet”, says Professor Bridget Emmett of the UK Centre for Ecology and Hydrology, in The Miracle of Soil, a short animation to explain the power of soil and the need to care for its health.

To grow, plants need not only minerals from soil, but also carbon dioxide from air in order to make food by photosynthesis – and some of this carbon goes into the ground. Soil stores an extraordinary amount of carbon – three times the amount in the atmosphere and twice the amount in trees and forests. While soil can store or ‘sequester’ carbon, it can also lose it when degraded. The loss of the carbon in poor soils contributes to the rise of carbon dioxide in the atmosphere, one of the gases that causes climate change.

In just one gram of soil, it’s estimated there could be 50 thousand species of micro-organisms, and in a single teaspoon there are more individual micro-organisms than the world’s entire human population. This biologically and chemically-rich substance has produced some of the antibiotic compounds that fight disease. “We literally make medicine from our soil”, says Professor Emmett.

Crucially, this rich ‘soil-web’ of underground life creates an open structure. This allows rainwater to seep into the ground, storing moisture for plants to make crops grow well, even in times of drought. It also prevents flooding, an important function as global warming makes extreme and uncertain rainfall more prevalent in the UK and around the world.

Food and farming are part of soil health

The issues of soil relate directly to our food because around 70 percent of the UK’s soils are managed by farming. Soil experts strongly criticise the idea we have a finite number of harvests left, but say there is still an urgent need to look after the ground better.

Modern agriculture has a number of practices that can damage soil health and lock farmers into a cycle of adding more to get less. Ploughing up the ground and other uses of heavy machinery when soil is wet damage its rich biology and vital structure. Monocropping (growing a single crop year after year) arable crops such as wheat and barley extracts nutrition from the soil and encourages weeds and pests. All this creates the need for chemical inputs of artificial fertilisers, with a heavy carbon footprint (about one percent of all global carbon dioxide emissions), and pesticides and herbicides to help plants grow, further destroying the complex nature of our land. Sugar beet, for example, is estimated to cause 10 percent of UK annual topsoil loss, according to a report by the food and environment campaigning group Feedback.

Despite its importance, a third of the world’s soils are degraded, says the United Nation’s Food and Agricultural Organisation. This is leading to a number of problems and costs money – an estimated £1.2bn a year in England and Wales.

Degraded soil is more easily washed away by rain, losing high-quality topsoil important for crop growth. Globally we’re losing soil 10 to 40 times faster than it can be replenished. The UK has relatively deep soils and a mild climate compared to other countries, but in some erosion hotspots we’re still losing up to 2cm of soil a year.

One way soil can become degraded is by being compacted by farm machinery. Heavy rainfall can shoot off the surface of such soil, taking slurry and chemicals into the water system and affecting the ecology of our rivers and coastal waters, says Professor Emmett, putting up costs of our water bills to sort out the problem.

Soil affects the nutritional quality of food, although how this relates to farming is as yet little understood. The Bionutrient Food Association in the US has developed a hand-held monitor that can measure micronutrients in fruit and vegetables. Initial findings show that, for example, in a survey of 650 carrots, some had up to 200 times more polyphenols and up to 90 times antioxidants (both protective substances found in plants) than the least nutritious samples. Its conclusion: “A carrot is not a carrot is not a carrot”. This international project is now getting more eaters and growers to use the monitor to connect nutrition to soils and growing practices.

Hertfordshire farmer John Cherry has spent the past 12 years converting his arable and livestock farm to methods that put good soil at the centre of his business. He sows seeds without ploughing up the land and grows a rotation of crops to keep the ground covered year-round. This keeps roots and organic matter in the ground to feed it, maintain its soil-web and stop erosion. Because he no longer needs to rely on chemical inputs, the farm has a richer diversity of birds and insects and stronger plants from stronger soils, both of which take care of pests and plant diseases.

Five years ago, Cherry founded Groundswell, a popular annual show to promote what is termed ‘regenerative farming’. He defines this as “making your soil better at the same time as growing decent food at a decent price”. His output may be slightly lower, but his costs are lower too and his diverse farm is less vulnerable to problems such as flooding and drought, making his business more resilient. Harnessing and nurturing the complexity of soil makes sense to him. “Nature has several hundred million years head-start on us and has got good at producing food and not buying in nutrients”, he says.

Such soil management practices are becoming more mainstream, as can be seen through the Nature Farming Network, and the growth of organic farming, certified in the UK by the appositely-named Soil Association.

Livestock are part of the soil equation. Their manure, with careful management, helps to build fertility. More farmers are going back to the traditions of mixed farming and crop rotations rather than having to buy in fertiliser. Pasture-fed animals don’t rely on feeds made of intensively-farmed cereal crops such as soya.

Something of a ‘Cinderella Superpower’, soil’s status is also changing as the UK finds ways to meet pressing targets for fighting climate change.

To better harness the benefits of soil and to prevent the situation getting worse, soil experts think regular testing is vital. There are 747 different types of soil in the UK and conditions vary from field to field. Through tests, farmers can know the health of their soil and what’s needed. More precise farming means less environmental damage and potentially lower financial costs.

There’s also a need to monitor the situation as a whole. The Sustainable Soils Alliance (SSA), set up to raise the awareness of the importance of soils and lobby for their protection, revealed that at the time of writing (March 2020) soil had been receiving 0.4 percent of what the government spent annually to monitor water, air and soil in England (Scotland and Wales have their own monitoring systems). Air and water both have a legal framework in place, leading to more active scrutiny. “Soil is crucial to the health of everything else”, says Ellen Fay, SSA co-founder. “We can’t deliver on any of our environmental targets if we don’t deliver for soil, and we’re still a long way from doing that.”

Because soil is seriously undervalued, to know more is to care more – not only in terms of food but also by recognising soil as a common good that matters to us all. A powerful new documentary Kiss the Ground, available on Netflix and other channels, shows how soil and regenerative farming can help save the planet, and how all of us can get involved in different ways.

An online community hub uksoils has been set up to signpost resources, including home and school activities for children and guidance for cooks, gardeners and farmers.

Award-winning podcast Farmerama shares the voices and ideas of the regenerative farming movement. Its co-creator Abby Rose says its urban audience increasingly appreciates how “because they eat food, they are linked to the farming system and, looking through the climate lens, how much farming and our impact on the world is linked to climate and biodiversity.”

As a simple home exercise, The Slake Test enables you to see how well a small clump of soil holds together in a water over 24 hours. Microbially-strong soil will hold together; more inert soil will collapse, as it did, notoriously, in Dust Bowl America – an iconic example of what can happen when soil goes wrong. In contrast, engaging in the power of soil is to see the positive potential in a substance that is just beyond the door “It’s a message of hope”, says Rose.

It isn’t easy to see the detail of how your food is farmed at the checkout, but you can look out for labels such as organic, biodynamic, Pasture for Life and LEAF as examples of certification schemes that are centred on the environmental aspects of food. Farmers’ markets and farm shops may display details about sustainability, including soil, and you can talk directly to the producer. 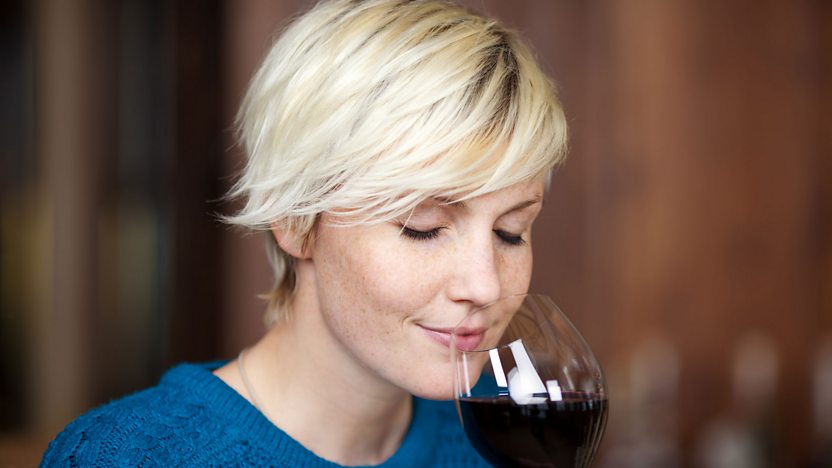 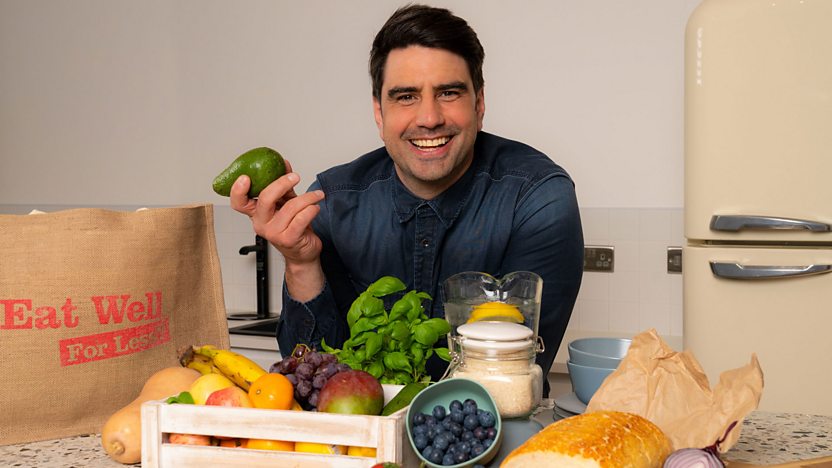 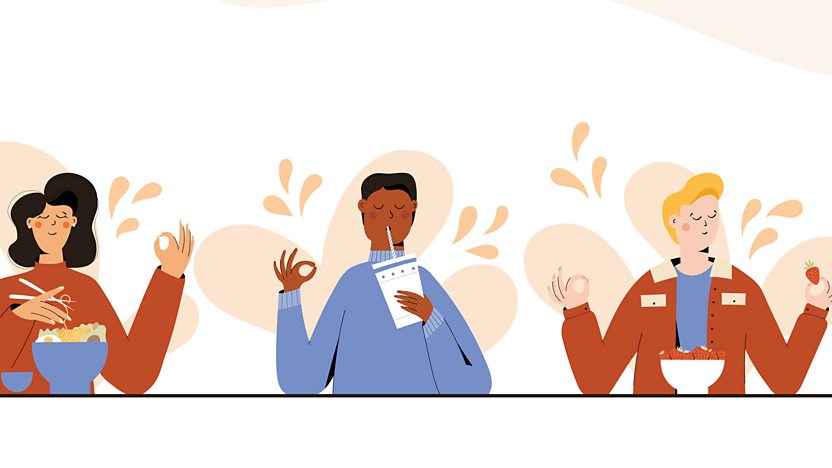