Does hair of the dog actually work?

In 2019, research on UK drinkers found that when it comes to the festive season, 61 percent over-indulge and 18 percent are more likely to have a hangover.

Granted, the season of cheer will be very different for most people this year, but if you still feel the unpleasant effects after celebrating at home with a tipple or three, would you be tempted to try the hangover ‘cure’, hair of the dog? We spoke to experts to see if it really does work and what other solutions will help rid you of that headache, tiredness and nausea.

The science behind it

“The expression ‘hair of the dog’ is shortened from ‘hair of the dog that bit you’. It comes from the age-old idea that sometimes the cause of an ailment can also be its cure,” explains immunologist, Dr Jenna Macciochi.

“There are no solid scientific studies assessing whether it works, but the theory behind it suggests that because hangover symptoms are a result of your body breaking down alcohol to get rid of it, raising alcohol in the body again by drinking would remove those symptoms.

“However, when you eventually stop drinking and your blood alcohol levels return to zero, the hangover will return. In some sense, ‘hair of the dog’ delays the time until you experience a hangover – but it cannot prevent it entirely. It has also been claimed that drinking alcohol boosts endorphins, which can help mask uncomfortable hangover symptoms.”

How it rates against other treatments

“Pretty low really it just delays the inevitable hangover. And may even lead to an even worse hangover when you finally stop drinking,” says Dr Macciochi.

What you can expect once hair of the dog wears off

“The most commonly experienced hangover symptoms reported are tiredness, thirst and headache,” says Sam Royle a researcher at University of Salford and part of the ‘Alcohol Hangover Research Group’ (more on that later).

“Dizziness or faintness, loss of appetite, stomach ache, nausea and a ‘racing heart’,” are also common, says Sam, who points to research carried out in 2012 by Renske Penning and colleagues .

“As many as 47 different symptoms have been investigated in research on hangover,” says Sam.

So what do an unlucky few get? “Some of the less common symptoms that have been investigated include respiratory problems, heart palpitations and anxiety. Of the 47 symptoms investigated in the 2012 research, 1.8 percent of participants reported some level of suicidal thoughts following their most recent night out, though it’s important to note that we don’t know whether there were other factors that might be important in such extreme symptoms, such as pre-existing issues.”

Dr Lauren Owen, head of the Nutrition Psychopharmacology and Brain Development Unit at University of Salford, mentions another lesser-known health complaint: “In East Asian populations, there is a relatively common symptom of ‘flushing’ that is absent in other populations of the world. This genetic condition, called Asian Flushing Syndrome (AFS), affects the enzymes that break down alcohol. It is characterised by facial flushing, headache, nausea and palpitations in response to a small amount of alcohol intake.”

If hair of the dog doesn’t work, what else should you try?

“One aspect of hangover symptoms is due to dehydration, so drinking plenty of water is important. But it’s not the only factor,” says Dr Macciochi.

“An evening of heavy drinking can lead to inflammation of the stomach and intestines, poor-quality sleep and the production of toxic substances as the alcohol is broken down and removed by your liver.

Science tells us that eating the right foods, including high-protein ingredients, could help combat this, which means…

“Foods rich in an amino acid called ‘cysteine’ can decrease the amount of the toxic chemical ‘acetaldehyde’, which is produced as your body metabolises alcohol. Cysteine is found in most high-protein foods, such as red meat, chicken, eggs, turkey, yoghurt, cheese, sunflower seeds and legumes – perhaps this is where the idea of a fry-up comes from,” confirms Dr Macciochi.

“Alcohol depletes a number of nutrients from the body, but in particular our B vitamins, which are water-soluble (so flushed out by increased urination caused by drinking). It also depends on zinc to remove the alcohol. Taking a B complex and zinc supplement before or after drinking can be beneficial.”

“Because of the poor sleep associated with drinking (even if you feel like you fall into a deep sleep, the quality will be affected), having coffee can overcome some of the tiredness you might feel the next day. But taking a nap is probably best if you can fit it in,” says Dr Macciochi. She adds, “For the inflammation, you should aim to stabilise your blood sugars, which can send inflammation crazy. Eat a lot of plant-based fibre and green leafy vegetables the following day. Bone broth, rich in gelatine, can be helpful for this too.”

Why do we have to get hangovers anyway?

“The main cause of a hangover is ethanol – the alcohol in your drinks. It's a toxic chemical that works in the body as a diuretic, which means it makes you pee more and you can become dehydrated as a result. Dehydration is one of the main causes of your hangover symptoms.

“In addition, chemicals called congeners can also cause more intense hangovers. When you drink, your blood vessels widen. This effect, known as vasodilation, is associated with headaches,” says Dr Macciochi.

Literally sick of getting hangovers while others don’t?

“Whether there are people who really don’t get hangovers is a little debatable,” says Royle.

“Around 25 percent of people won’t report a hangover after drinking, but this proportion seems to be highly influenced by how much you’ve actually drunk – the higher the blood alcohol concentrations achieved, the lower the percentage of people who report no hangover.

There could be a number of reasons why certain people don’t achieve these ‘thresholds’ for experiencing hangovers, including drinking less, drinking more slowly, or having a biology that enables you to process alcohol quickly.”

It is a commonly held belief that hangovers become worse when we age. While no study has definitively demonstrated this effect, there are several theories about why this may be,” says Dr Owen.

“For example, as a person ages, there tends to be a decline in total body water, intracellular water and muscle mass. This is because there are fewer, and less-hydrated, muscle cells in aged individuals. It may lead to higher blood alcohol concentrations when we drink.”

Recent research suggests worrying about your hangover might make it worse

If you’re the kind of person who worries or exaggerates pain you’re experiencing, you might face a more severe hangover according to research carried out at University of Salford.

Royle was the lead researcher, working with his colleagues, on a study of 86 participants. “Our results show the more you catastrophize about pain, the more severe a hangover you report, even after we’ve accounted for how much you actually drank. This is interesting because catastrophic thoughts have been shown to be important in how we respond to pain (if we ‘battle through’ or not). This may suggest a role for catastrophizing in workplace absenteeism caused by hangover, or otherwise lost productivity associated with the experience."

There’s still a lot we don’t know about hangovers. but there’s an entire group dedicated to finding out more…

Back in 2010, Joris Verster, a research scientist at Utrecht University in the Netherlands, created the Alcohol Hangover Research Group. The primary aim was to create a collaborative environment for scientists who are carrying out hangover-related studies. The team meets up once a year to present their findings. 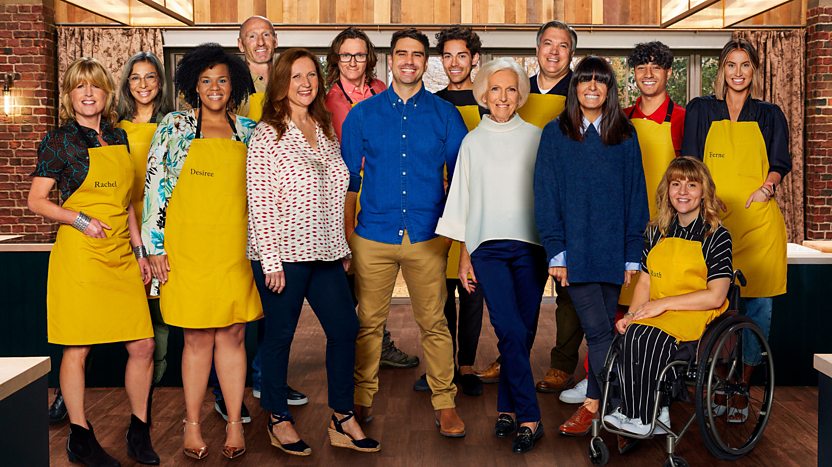 Ten celebrities, one kitchen – what could possibly go wrong? 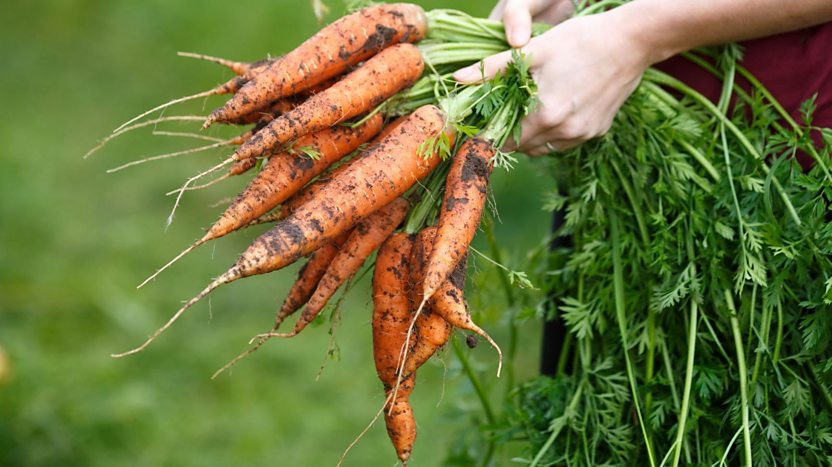 Is the source of 95 percent of our food in trouble? 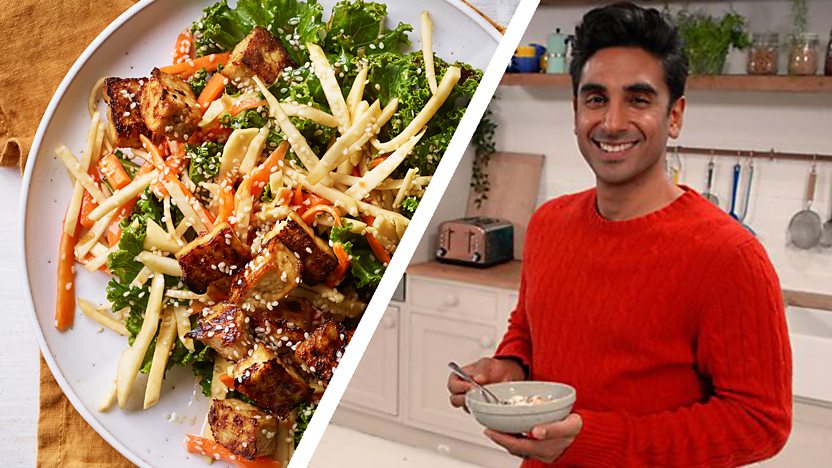