Will Covid-19 lead to long-term food shortages and price rises?

When the Covid-19 health crisis swept from country to country, the UK’s supermarkets became a hive of activity. As the nation panic-bought provisions, the food industry worked around the clock to re-stock empty shelves – something we see on BBC Two documentary Keeping Britain Fed.

The pandemic has resulted in changes to our food shopping and eating habits, and it’s unclear how long these will last. So what is its likely impact on the availability of foods?

How could food availability change?

The impact of Covid-19 on the global food chain has so far has been “relatively modest”. But that could change, leading to higher food costs and a reduced range of products for the consumer, according to Dr Peter Alexander, Interdisciplinary Lecturer in Global Food Security at the University of Edinburgh.

“History shows us there could be a big price spike in food. This happened in 2008 and was exacerbated by (or perhaps even caused by) different countries introducing restrictions on exports. During this crisis, there have only been a few instances where countries have restricted exports, so international trade disruption hasn’t happened. But, there is scope for it to do so.

He warns that price rises could lead to an increase in people facing food poverty.

“Costs could be higher for several reasons. Firstly, if there’s greater competition globally for food. And secondly if we move to more localised production. One of the advantages of globalisation is that production moves to the place that is cheaper – well, financially cheaper, maybe not environmentally cheaper – so if we’re rolling back from that system, costs could be higher longer term.

“Even for the commodities we already produce and consume ourselves, like milk or grains, prices are directly linked to international markets. So if there’s a shock to those markets it still impacts us and our prices.”

How are shopping habits changing?

As people feel more connected to their food, we may see long-lasting changes to the way we shop, with a focus on buying locally sourced ingredients. However, some food producers might not be around to contribute to the ‘new normal’, says Andy Richardson, Chair of the Food and Drink Wales Industry Board.

“I’m worried about whether people will still be investing in food businesses.... It’s been well documented that people are under a lot of pressure.

“There are opportunities, though. Many businesses have said ‘the only way I’ve survived is by going online or selling locally’. While it’s difficult for these businesses to scale up and practically deliver food, they’re contributing to a material change in the way people value and buy food.

“I don’t think there’ll be gaps over the next six months to a year, I think we’ll have enough food to go around. We just need to understand the changes that are taking place and react to them well.”

Is there a threat to farmed foods?

The farming community has kept up with the large consumer demand... but there’s a high risk that by the time things return to ‘normal’ some farmers will have gone out of business due to a lack of money and lowering prices, according to NFU vice president, Tom Bradshaw.

“We’re incredibly proud of the way the farming community has been able to produce food and keep up with demand over the last three months. Generally, we’re pretty confident that supply is under control.

“But we are concerned about the vulnerability in supply chains due to increases in cost – which have fallen onto the farmer and food producer rather than making their way through the food chain. We’ve got to make sure that long-term everyone can make a living out of producing the food we need.”

Social distancing measures have had an impact on the cost of food production. For instance, packing centres may have had to reduce the number of staff working and therefore their productivity. Lorries may have one driver rather than two, and therefore have to stop for breaks, increasing the time it takes to transport food. “We’ve already seen one or two food companies go out of production. The financial pressures on the supply chains are very real”, says Bradshaw.

“On top of that, there are external pressures that could drive down costs paid to farmers”, he continues. “There’s a glut of fresh fruit and vegetables that could be imported and undercut the UK market”, he explains. Some of this will have been grown for UK pubs and restaurants, and would not normally be available to retail. The lower cost of these imported foods “puts pressure on retail prices and may push down the perceived value of the British ones.”

Although “an early concern was that there wouldn’t be enough fruit and veg pickers, now we’re cautiously optimistic, the roles seem to be filled.” This has been helped by the availability of furloughed staff.

“There are many issues likely to impact the [fishing] industry for some considerable time, due to the fact that more than 80 percent of UK seafood production is traditionally exported and about 70 percent of national consumption is made up of imported seafood”, says Mike Warner, Ambassador for non-departmental public body Seafish.

Scotland has been hit hardest, because most of its seafood is exported and there’s currently little route to the export market, so many boats have been unable to fish. In the south of England, where boats are smaller, fishing has continued, but with restaurants closed “production has shifted to retail and home delivery direct to the consumer”, says Warner.

“In the south... fish box schemes and online sales (click and collect) [are] booming. Independent fishmongers too have reported vast increases in sales across all species and better access to the mixed species of the fisheries, with far greater emphasis on seasonality, traceability and quality”, he continues. This means we’re eating a wider range of fish when it’s in season.

When things start to return to normal, many UK consumers will have been given an “insight into the quality and range of domestically caught and seasonally available seafood, such as lemon sole, mussels and mackerel.

“As market forces come into play and export demand increases, price will be bound to be an issue for the UK consumer. The question is: having got used to consuming fresh, seasonal, home-produced seafood, will they want to continue buying even if prices increase?”

British cheesemaker, Wyke Farms, has maintained full capacity during the crisis, due in part to having stockpiled ingredients for Brexit. But they warn when it comes to cheddar, there could be problems ahead.

Cheddar retail sales in the UK and Europe have increased by 15 percent during lockdown, while service industry trade “has reduced to zero”, according to Rich Clothier, Managing Director at Wyke. But he says we could soon experience a shortage.

“We have seen a massive uplift in our online shop, about 30 times the volume. People are eating more cheese in the home during lockdown and this could result in a shortage. We are... making plans for an autumn spike in case. If that happens, British cheddar will become very short in supply and many cheesemakers will have to put customers on allocated supply.”

Sales of frozen foods are up “across the board with the exception of ready meals”, says Richard Harrow, Chief Executive of the British Frozen Food Federation. But the Covid-19 pandemic does affect where frozen food can be stored, he warns.

“One issue that may present some challenges is access to cold storage facilities. As the catering and hospitality sector remains closed, there is a lot of food taking up space in cold storage. We are already seeing a shortage... which may create some issues”, he says.

The impact of the pandemic on the hospitality industry has been far reaching, and may have a long-term effect on how customers consume food, according to Romilla Arber who owns the Honesty Group (which has nine coffee shops, a bakery, farm shop, hotel, restaurant and cookery school).

“The day lockdown was imposed was a truly shocking one for us. From a business that turned over approximately £180,000 a month we were facing a future with no revenue.

She explains that embracing e-commerce has offered them an opportunity to boost revenue. Honesty is unlikely to be the only food service business looking at changing its emphasis towards food retail.

Arber thinks the pandemic might result in shorter, localised supply chains, with fewer people involved. “The food chain broke down at the start of lockdown quite quickly, which is why we saw the supermarket shelves bare. There are just too many parts to the supply chain, it’s vulnerable at the best of times without a global pandemic. People are so used to having the choice of everything, which supermarkets provide, meaning the chain is almost endless.”

With many people unable to source food for themselves, local campaigning organisations and charities have been on the frontline, helping their communities. Pearl Costello, Sustainable Food Cities Co-ordinator at one such organisation, Food Cardiff, explains how Covid-19 could lead to an increase in those facing food insecurity.

“Food Foundation research suggests that overall the UK level of food insecurity [people’s ability to access enough affordable food] has risen by 250 percent since before lockdown. But without data monitoring we have no way of knowing the exact increase, or the true extent of the problem, for households and families across Wales. We urgently need research and evidence through regular data-gathering and analysis of the scale, breadth and extent to which Covid-19 is detrimentally affecting people’s [food security].” 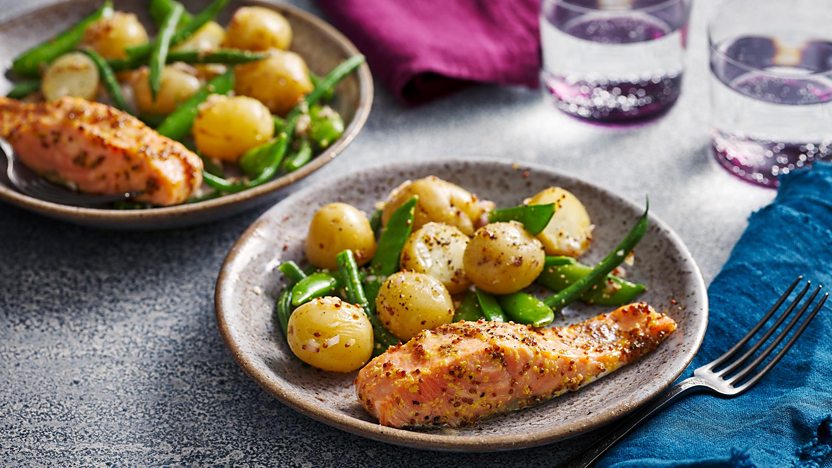 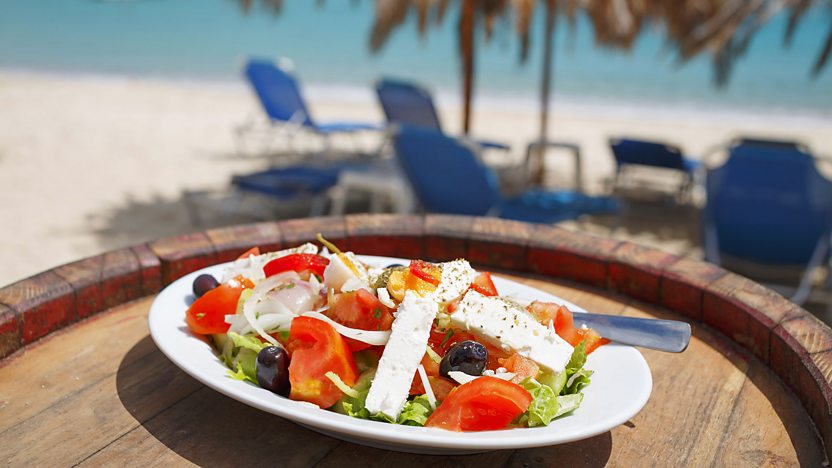 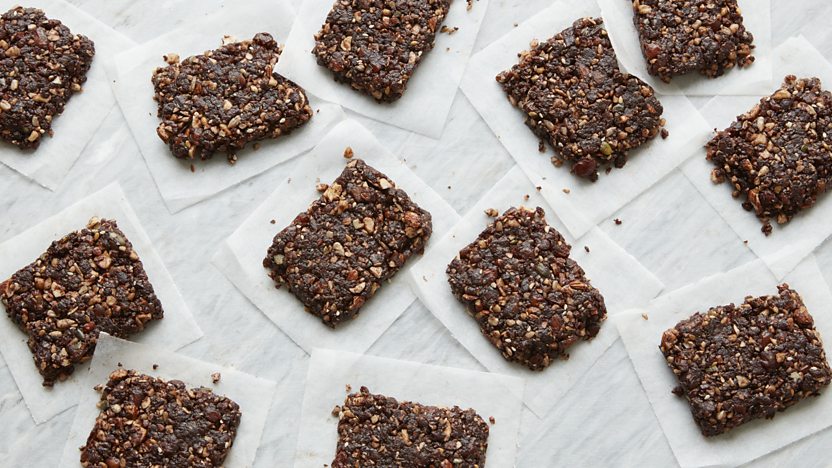