Will a daily dose of fermented foods boost your health?

Fermented foods such as kimchi and kefir are on the up – the worldwide market is expected to top £30 billion by 2022. An internet search gives the impression that they can cure almost everything, from improving your mental health and gut health to boosting your immune system and reducing your risk of heart disease. Ferments have been made for thousands of years, so why are so many scientists paying attention to them now?

What is fermented food?

Ferments are foods that have been transformed by the growth and metabolic activity of living microorganisms, including bacteria, yeast and even moulds. They include yoghurt, kefir and some cheeses, which are produced as a result of lactic acid bacteria feeding on the lactose and other nutrients in milk. It's the effect on our health of these living microorganisms that scientists are interested in. But check the label, because not all fermented foods contain live microorganisms. Sauerkraut and kimchi can be made with vinegar, or pasteurised, which kills the bacteria, and of course many cheeses have been pasteurised.

What's all the fuss about fermented foods being good for health?

Some of these living microbes, when ingested with fermented foods, travel through your digestive tract to support the trillions of microbes already living in your gut, according to research. This really matters, because scientists are beginning to unpick the role of the gut in overall health. Studies have indeed linked a healthy composition of gut microbes to the working of the immune system, the body’s metabolic functions and many other aspects of health.

How much fermented food should you eat?

According to Tim Spector, Professor of Genetic Epidemiology at King's College London, and author of 'The Diet Myth: The Real Science Behind What We Eat', it's the diversity of our microbes that's key to a healthy gut. Modern developments such as bleach, antibiotics and caesarean births play vital healthcare roles, but have reduced our exposure to microbes. One way to increase the diversity of live bacteria in your gut is to eat fermented foods. Spector takes a shot of kefir every morning, along with home-brewed kombucha two to three times a week, and kimchi with cheese twice a week.

Spector believes “everyone would be healthier if they had some fermented foods every day of their lives.“ If you start to add fermented foods to your diet, don’t be surprised if you find them a bit hard to stomach in the beginning. Spector says that most people, himself included, will find the taste very difficult to start with.

Some tips from Spector for incorporating fermented foods into your diet include: 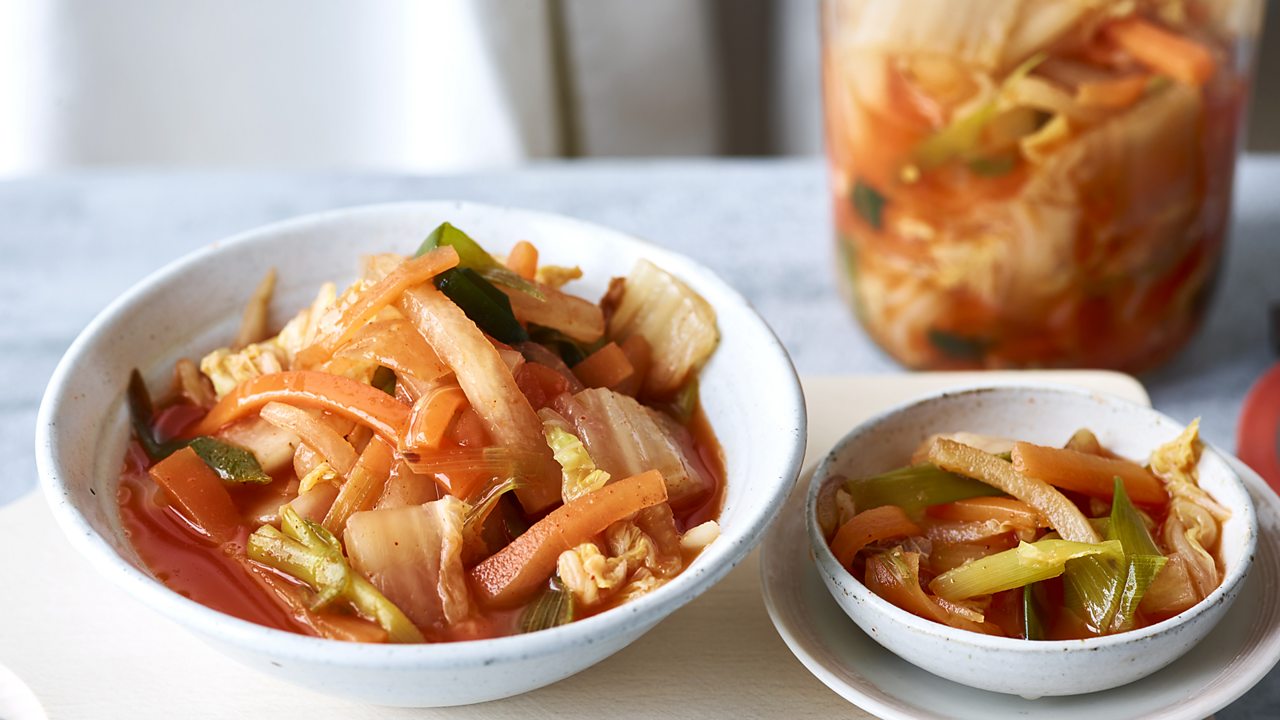 Make your own kimchi 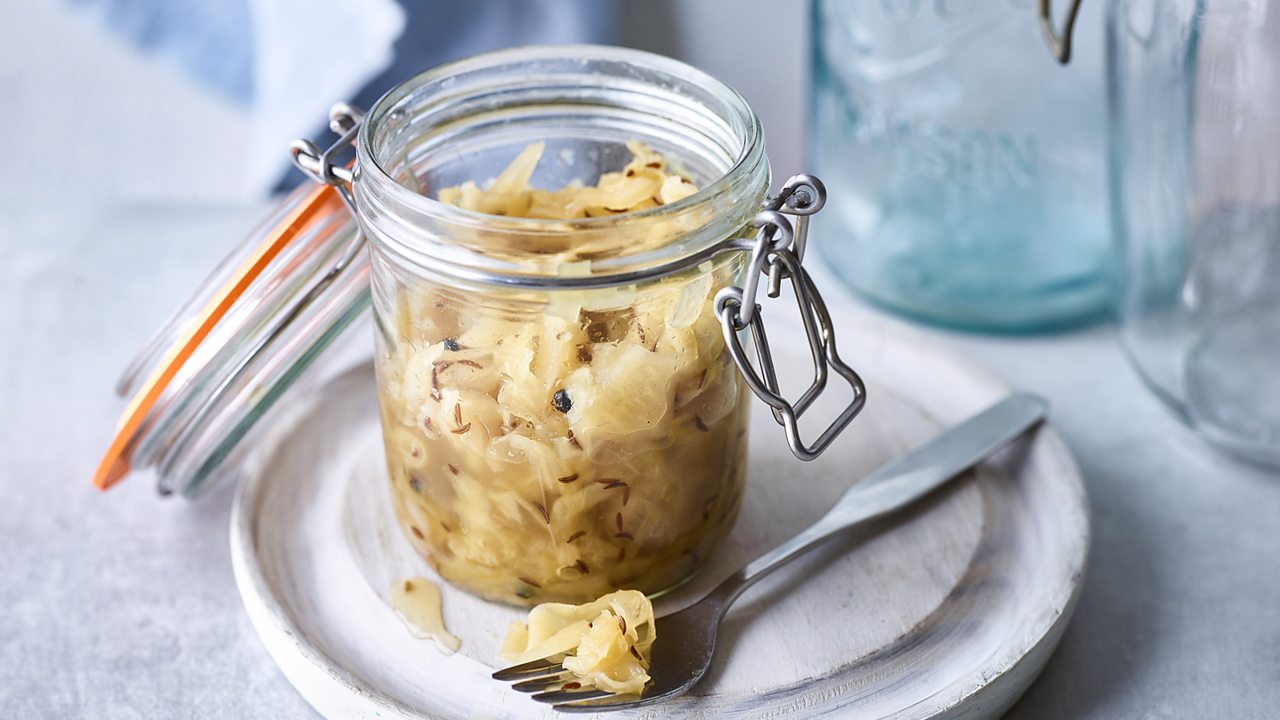 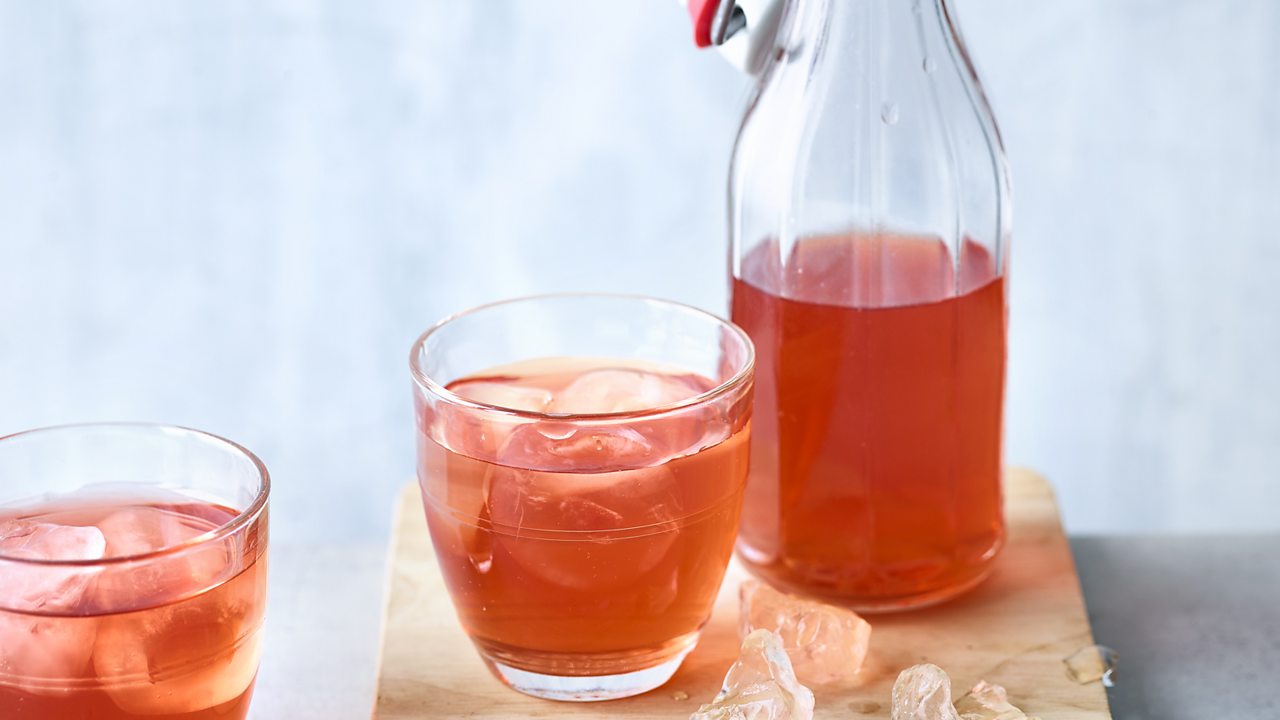 Many fermented foods are teeming with live microorganisms. Some of these foods, such as fresh kimchi and fresh sauerkraut, are populated by wild microorganisms (like a sourdough culture), while others, such as yoghurt, kefir and kombucha, typically have a culture of microorganisms added to initiate fermentation.

A number of these microorganisms will not survive the hostile environment of the digestive system, but studies show that many do. Survival capabilities and rates vary greatly depending on the strain of microbe. One example is this 2016 study from Gyeongnam National University of Science and Technology, which suggests a link between high kimchi consumption and a healthier composition of microbes.

According to researchers, our gut microbiota play an essential role in fermenting non-digestible fibres. This fermentation supports the growth of other specialist microbes that produce short-chain fatty acids. It is these fatty acids that scientists believe play a key role in the microbiota’s impact on health.

A 2017 review of the health benefits of fermented foods published in Current Opinion in Biotechnology references numerous studies suggesting links between fermented foods and our health. These include an association between consumption of fermented dairy and weight management, and potential anti-diabetic and anti-obesity benefits of kimchi. More work is needed to substantiate these findings.

Fermentation is thought to increase the levels of B vitamins available in foods, as well as the levels of antioxidants, according to a review of the health benefits of fermented foods. It is believed it can result in the removal of toxic or undesirable food constituents too.

In 2001 probiotics were defined by the Food and Agriculture Organisation/World Health Organisation (FAO/WHO) as ‘live microorganisms which when administered in adequate amounts confer a health benefit to the host.’ The FAO/WHO and the International Scientific Association for Probiotics and Prebiotics (ISAPP) have guidelines for defining a probiotic.

But this framework does not exist in the EU. In fact, in 2007, along with 'superfoods', the EU banned the use of the word 'probiotic' on food and supplement labels unless accompanied by an authorised health claim. Since then there have been 129 health claims submitted to the European Commission for approval, but to date, none have been approved due to a lack of evidence.

Studying the probiotic effect of real food is a challenge because it is difficult to control the species and strains of living bacteria that develop through fermentation; it is also tricky to control the levels of bacteria present. For this reason, experts recommend that fermented foods are best described as ‘containing live and active cultures’, but should not be labelled ‘probiotic’. 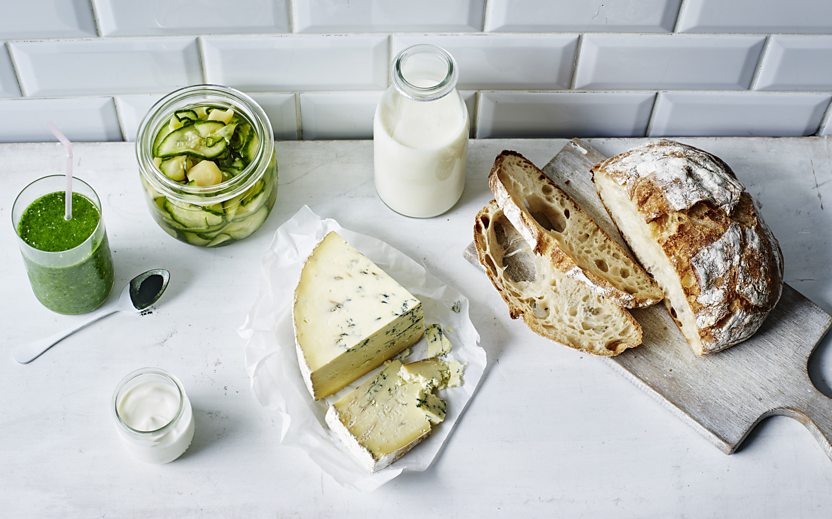 What should you eat for a healthy gut?

Bacteria and other microbes play an essential role in keeping you healthy. Here's how to feed them. 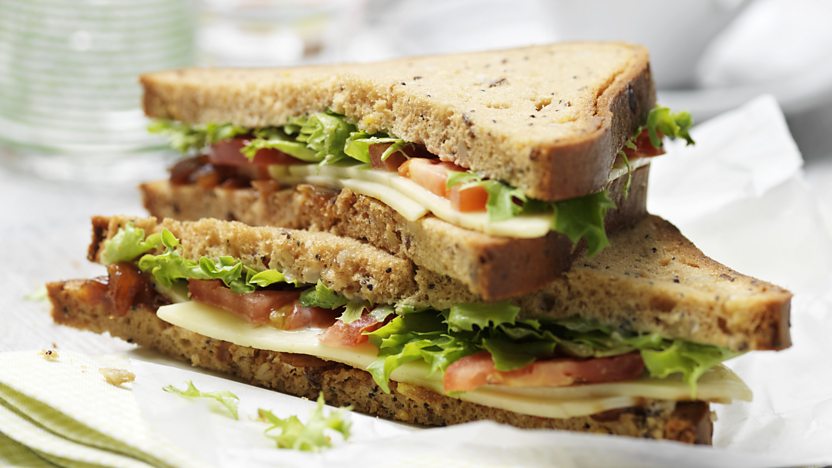 How bad for you is a boring diet?

Variety is the spice of life and the key to a healthy diet. 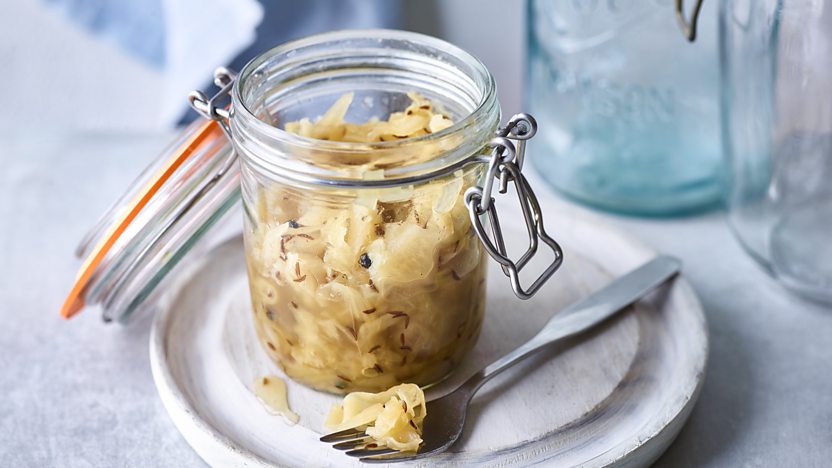 Make your own fermented foods 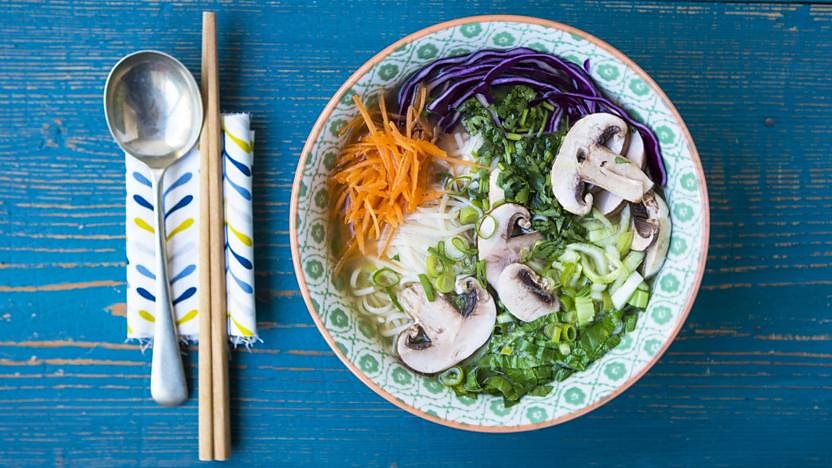 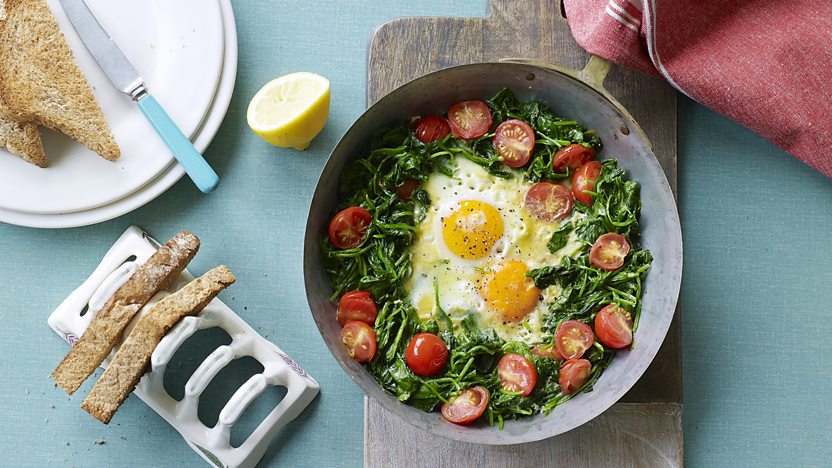 5 ways to add vegetables to breakfast

Add more vegetables into your breakfast and feed your good gut bacteria.