Are your favourite foods at risk of extinction?

We eat a relatively small number of foods, with just 15 plants providing 90 percent of the world’s calories, even though there are more than 7,000 edible plant species. What’s more, farming tends to concentrate on just a few commercial varieties.

You may think we don’t need to worry about the supplies of foods we eat little of, or of those that are plentiful. But all plants are part of an eco-system, and as habitats disappear – largely due to farming – or come under pressure through climate change, it can be difficult to predict what effect this will have on food security.

Concerns about some of our most popular ingredients highlight a number of pressing environmental issues. And the solutions being sought to these problems show the ways forward.

Wheat is the most important cereal crop for the UK, filling our shelves with flour, bread, pasta and other staple foods. But the wetter, warmer, wilder, weirder weather patterns of climate change are making life much more difficult for farmers.

This year’s UK wheat harvest was down by nearly 18 percent. That’s because last year’s very wet autumn made it hard for farmers to get the seeds in the ground, and spring 2020 was exceptionally dry, so crops planted in the early spring lacked rain. On top of all this, heavy rain disrupted this year’s autumn harvest.

Wheat will remain the UK’s mainstay, but Roberts says farmers are having to change what they do, for example growing wheat in rotation with other crops and looking at different types of plant protein such as beans, peas and soya, all foods that play a part in a healthy diet.

In less affluent countries, the uncertainty of crop harvests is more likely to lead to political unrest and there’s also the issue of disease and hunger. Around the world, four billion people rely on three main crops: rice, maize and wheat. “A major pest could wipe these out”, warned Environment Minister Zac Goldsmith in a recent seminar on Kew’s plant extinction report. “We need to have resilience and sustainability.”

What can you do? Vary your diet more to enjoy the full range of what’s available in terms of breads and grains, and get into beans and other pulses such as lentils to encourage the growth of different types of plant protein such as beans, peas and soya, all foods that play a part in a healthy diet.

Bananas: UK’s most popular fruit at risk from disease?

We each eat on average 100 bananas a year, but the world’s export market is based on just one species, the Cavendish banana. This is suffering, increasingly, from the devastating Panama fungal disease.

We’ve been here before. The Gros Michel or ‘Big Mike’ banana used to be the commercial mainstay – apparently it tasted more ‘banana-ery’ and a bit like banana milkshake – but this was wiped out by the same disease in the 1950s. The deadly fungus is still here, now spreading to wild bananas, and it also affects another staple food, plantain.

The solution could lie in Kew’s Millennium Seed Bank, the world’s largest collection of wild seeds. That’s because Kew’s partners in Vietnam and Malaysia have been collecting seeds from some of the world’s 80 wild banana species, which are kept in the seed bank and sent to plant breeders to develop new more disease-resistant varieties.

“All the foods we eat have been domesticated and grown for yield, size, shape and colour, but by doing that you’ve taken out some of the important traits that allow plants to respond to climatic changes and other stresses”, explains Dr Chris Cockel of Kew’s Adapting Agriculture to Climate Change Project. “The wild relatives of our domesticated crops are out there surviving without pampering and have more resilience.”

What can you do? One of the issues of modern food is that we rely on too few types and varieties, not least when it comes to fruit and our love of bananas. The UK has the right climate to grow excellent apples and pears, for example, with different kinds available if you look out for them, and even out of season there are plenty of frozen berries that have been picked at their peak and are often good value for money.

Bees may be small, but their importance to our plate is big. One in three of our food plants relies on pollination by insects to reproduce, according to the Food and Agricultural Organisation of the United Nations, and bees play a key part.

Yet an estimated one in ten insects is in danger of extinction, and honeybees hit the headlines over Colony Collapse Disorder (the rapid loss of the adult bee population) in the United States. The film Vanishing of the Bees showed plants having to be hand-pollinated in China because the bees had disappeared.

Lack of food is a major issue for all bees, including honeybees, according to Sarah Wyndham Lewis, of Bermondsey Street Bees, a UK sustainable beekeeping company, and author of Planting for Honeybees. “Hunger stands at the top of the tree as a primary problem, greatly amplifying the effect of a multitude of other environmental issues impacting all bee populations”, she says. “Lack of forage, due to agricultural monocultures growing the same crop on a piece of land year after year, loss of habitat and urban hive overcrowding, weakens insects’ immune systems, making them far less able to withstand other major stresses, including pesticides, parasites and bee diseases.”

Yet despite this poor health, the number of beehives worldwide continues to rise (currently 92 million), as sick and dead honeybees can be replaced by breeding more of them. A twist to the tale is that hungry honeybees can themselves threaten other insects, including the wild pollinators that are a vital part of the natural world.

What can you do? The answer is to protect and encourage different kinds of habitat and to grow bee-friendly plants in your garden. It is also for beekeepers to place beehives thoughtfully, avoiding areas where pollinator diversity is already challenged. In the shops, look for honey that doesn’t have the word ‘blended’ on the label. This means it comes from a particular beekeeper, who is more likely to care about the individual character of a place rather than just producing a commodity.

Global warming is especially worrying for tropical crops, not least the cocoa trees that are the source of our chocolate. A drier, less moist environment will make cocoa farming impossible in some of West Africa’s production areas (source of 70 percent of the world’s chocolate) unless farmers adopt more sustainable methods, according to the International Centre for Tropical Agriculture.

One of the biggest concerns is changes in rainfall, says Bill Guyton, Executive Director of the Fine Chocolate Industry Association (FCIA) and founder of the World Cocoa Foundation. “Since nearly all cocoa is rain-fed, even modest disruptions in weather patterns impact the production and harvest seasons”, he says.

Furthermore, monocropping is common, leading to soil degradation and even greater vulnerability to drought and risk of harvest failure.

More sustainable cocoa production is developing around the world as the big producers wake up to the problem, and is especially strong through the craft chocolate sector, now estimated to be 10-12 percent of the market. “Fine chocolate companies promote agroforestry [agriculture incorporating the cultivation of trees and shrubs] practices, which can help protect fragile soils and provide shade cover for cocoa”, says Bill Guyton. This must be done carefully to allow sufficient sunlight for tree development, while keeping the temperatures cooler and providing enough moisture for the best growing conditions.

What can you do? UK chocolate expert Chantal Coady says that a mixed rainforest growing situation works well for sustainability and organic production, for example, meaning the producers have to pay attention to soil fertility. Bean-to-bar producers, who are engaged in the whole process of making chocolate, tend to operate on a smaller scale and pay more attention to the source of their cocoa. Look out for organic chocolate – it isn’t always as expensive as you might think.

Nearly 94 percent of global fish stocks are either fully or overexploited, according to the UN’s most recent State of the World’s Fisheries and Aquaculture report. Skipjack (the one we usually buy in tins) and yellowfin tuna are two of the world’s top 10 fished species and we need to take care not to catch too many.

The Blue Marine Foundation (BLUE) recently highlighted the problems of tuna fishing in the Indian Ocean, but there are issues around the world. Atlantic bluefin tuna, yellowfin tuna and bigeye tuna are all decreasing in number, raising serious concerns for the future of healthy stocks.

Skipjack tuna is thought to be more resilient because it is smaller and breeds faster. But whilst species and location matter, the type of fishing is also important, even with skipjack. The common method of purse-seine netting can catch yellowfin tuna that are too young to reproduce and sustain the population. “Pole and line is generally a better method because it’s semi-artisanal and, like handline fishing, the fish are caught one by one”, says Jess Rattle of BLUE. “But when the stock is in trouble there’s no way of fishing that’s all good”, she warns.

There are also intrinsic problems of eating large fish such as tuna. “We’re eating these big fish that are predators and that has unknown effects on what’s below them in the food chain”, says Rattle.

What can you do? You can find out more details on particular fisheries in the Marine Conservation Society’s Good Fish Guide to sustainable seafood and by looking on a tin or packet of tuna for details of origin and sustainability. Sales of tinned tuna soared during lockdown, and even though skipjack is less at risk than other species of tuna, it’s a good idea to switch to smaller fish such as mackerel and tinned sardines, or try other types of fish, caught in British waters. Call4Fish was set during the first lockdown to connect consumers to British fish suppliers, who can deliver fresh fish to your door and help with how to eat underappreciated and less expensive types.

Many environmental issues point to the importance of eating a varied diet and the benefits of sustainable agriculture and fishing. Our default tends to be to eat the same things week after week, but often you can replace these with alternatives that are just as cheap or more so. Small shifts in your overall diet, for example eating more plant-based proteins and less fish and meat, help to keep costs low.

To keep our favourite ingredients safe, the whole environment matters, not just farms, as different habitats contain the wild relatives of the commercial crops we eat, and many other plants that could be useful to us in the future. “It’s a treasure chest”, says Professor Antonelli, Kew’s Director of Science, but one that we are losing, he warns, because of the destruction of natural places and their web of inter-connections between plants, insects and animals.

Ultimately, we rely on the natural world to produce our food. David Attenborough’s BBC programme Extinction: The Facts is clear about how the risks to our planet affect our daily lives. “Everything’s joined up, from a single pond to tropical rainforest”, he says. “We think we’re outside of it, but we’re part of it and reliant on it.”

The need to farm and eat sustainably is becoming a necessity as environmental issues grow. The shift in thinking is towards eating what the planet can produce, not just what we demand. From this different standpoint, we can keep our food supplies safe through what we put into our shopping baskets and serve up for supper. 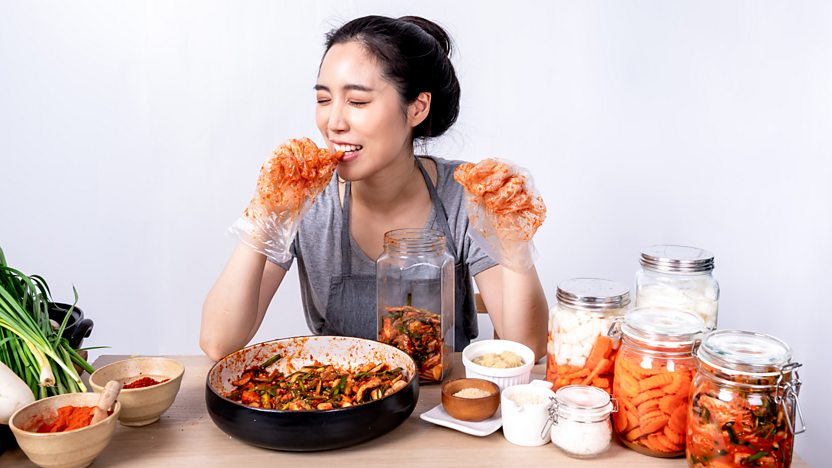 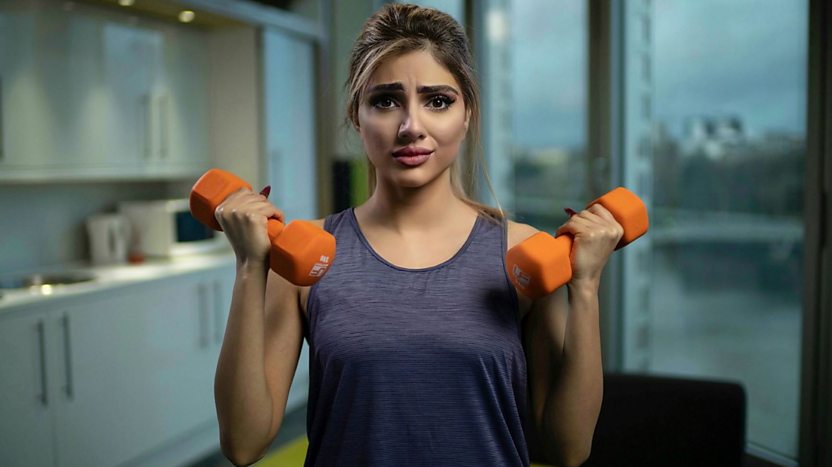 Will eating more protein help you get fit at home? 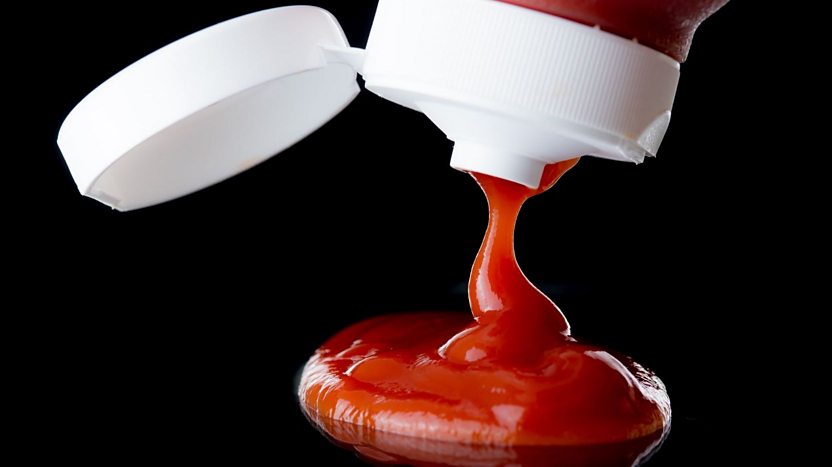 How to make the most of breakfast ingredients all day