Loading
Culture in Quarantine
Why do we find comfort in terrifying stories?
Share using EmailShare on TwitterShare on FacebookShare on Linkedin 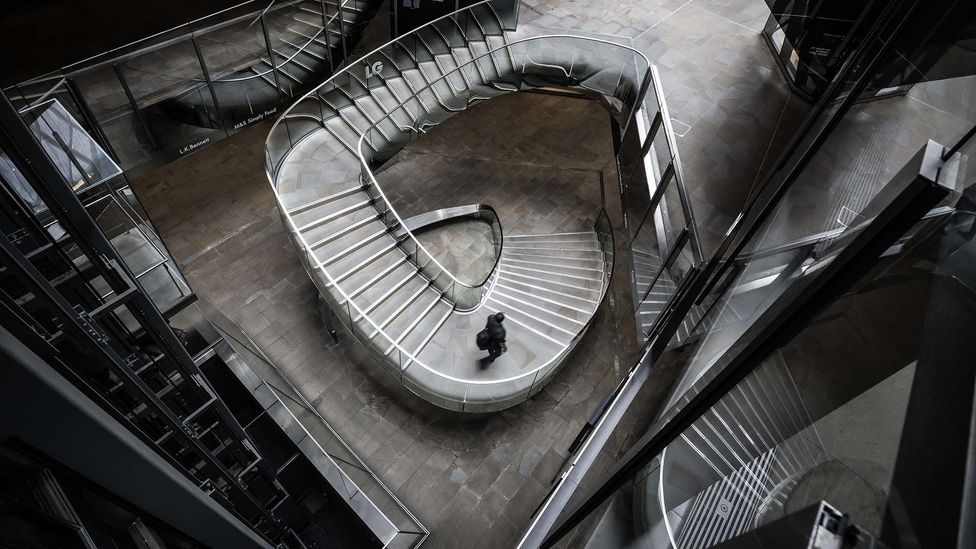 By Nyshka Chandran 14th May 2020
As Covid-19 continues to claim victims, shut down entire industries, weigh on creaking healthcare systems and threaten to produce severe recessions, dystopian narratives are resonating with the public like never before.
T

Tales of destruction and despair aren’t typically reassuring during a crisis. But that’s exactly how Baltimore resident Eli Otto Shenk comforted himself as the coronavirus outbreak swept across North America.

The 33-year-old read four post-apocalyptic books in a row, including Station Eleven by Emily St John Mandell, a 2014 novel about a travelling theatre troupe navigating a world ravaged by an epidemic. Shenk found these fictional stories a relief partly because they reminded him that no matter how bleak the global Covid-19 pandemic is, things could be worse. He was particularly drawn to the resilience of the characters as they not only survive but try to lead meaningful lives in the aftermath of disaster. 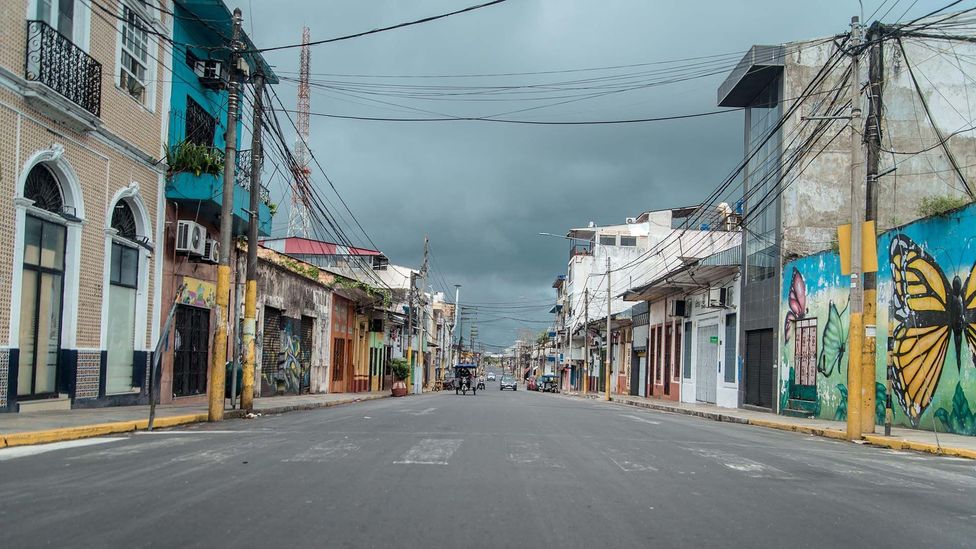 "In Station Eleven, the troupe perform shows with whatever materials they can find scavenging. It made me think about how I would fare in a situation like that. It’s not exactly inspiring but it provided a sense of preparedness," Shenk explained.

● The plague writers who predicted today

● How gaming became a form of meditation

● The prophetic writer who gives us hope

Works like Station Eleven are categorised as dystopias, where imaginary societies are torn apart by powerful forces such as violence, oppression, technology, religion, disease or nature. Intended to exaggerate real-world experiences, dystopian narratives in literature, video games, television series and film depict a bleak outlook for humanity. But they can also offer real value by acting as cautionary tales, or warnings of what may come if we maintain the status quo.

Global downloads for Plague Inc, a 2012 video game that encourages players to spread a disease around the world before a cure is found, increased by an annual 123% from January to March this year, as the spread of Covid-19 began to gather speed internationally. Its UK-based developer Ndemic Creation addressed the game’s popularity: "Whenever there is an outbreak of disease, we see an increase in players as people seek to find out more about how diseases spread, and to understand the complexities of viral outbreaks,” the company said. 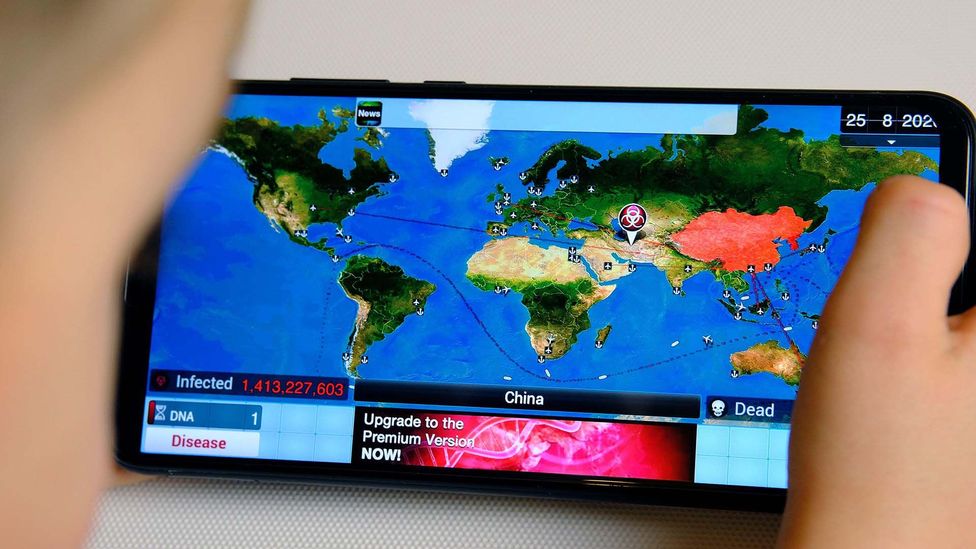 Dutch teenager Descely van Dam, who lives in the city of Haarlem, says she started playing the game in April out of sheer boredom during lockdown. What started as a guilty pleasure, however, soon morphed into an educational experience.

"I learned that a virus is so much more than a mutating illness," the 19 year-old says. "Before this, hadn’t really thought about how complicated its DNA structures are. The game made me open my eyes to how powerful a virus can be in the wrong hands."

In January, Plague Inc became China’s bestselling app but by March, Ndemic Creation revealed the game had been removed from the app store there with regulators citing that it "includes content that is illegal in China."

The company then decided to try a different approach, and announced that it was working on a new Plague Inc game mode that lets users save the world from an epidemic rather than spread contagion. This version will see players monitor disease progression, boost healthcare systems and manage societies through triaging, quarantining, social distancing and closing of public services.

The hyper-real images of urban chaos or desolate wastelands depicted in this genre aren’t just aesthetically seductive, they offer audiences a chance safely to immerse themselves in worst-case scenarios without losing control.

When Toronto officially entered lockdown in mid-March, Canadian Dev Shahani wanted an idea of just how bad the coronavirus outbreak could get. Like countless others, the 32-year-old was drawn to watch Steven Soderbergh’s Contagion, a 2011 Hollywood thriller about a fictional virus called MEV-1 that causes a worldwide pandemic. The film’s distributor Warner Bros said that in December 2019, the film ranked 270th in its catalogue. Just a few months later, the film sits at number two, and is also trending on Amazon Prime as well as iTunes. 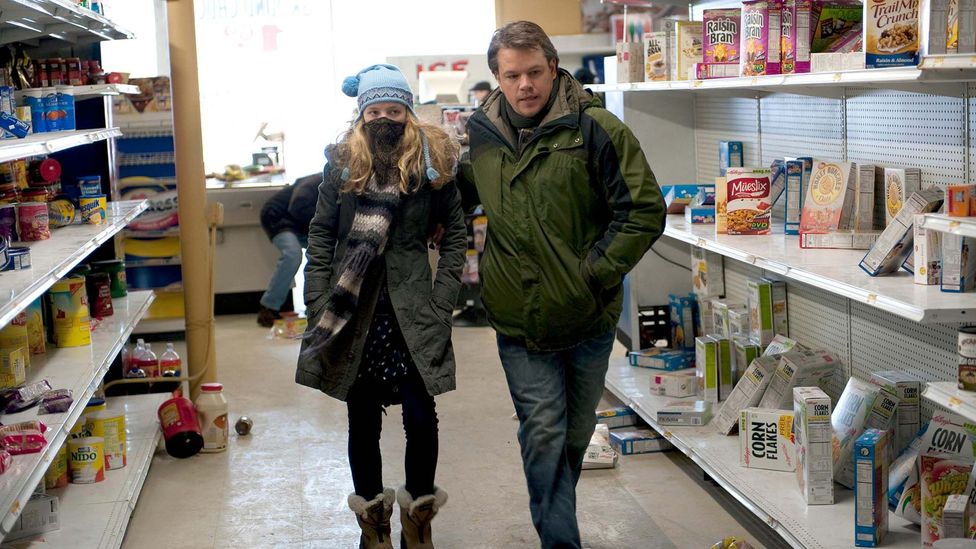 "People are reaching out to dystopian tales to see what’s next," explains TreaAndrea Russworm, an associate professor of English who teaches a class on dystopia in new media at the University of Massachusetts Amherst. "The impulse is to see how bad the situation can really get and ask yourself whether you could hypothetically survive that."

It’s not just the subject matter that draws people in, it’s the nature of dystopian storytelling that truly captivates audiences during times of crisis. These tales are traditionally told from the viewpoints of inhabitants in ruined societies, which allows people to immerse themselves in the challenges faced by protagonists, says Daniel Davison-Vecchione, a social theorist currently studying for a PhD in sociology at the University of Cambridge. 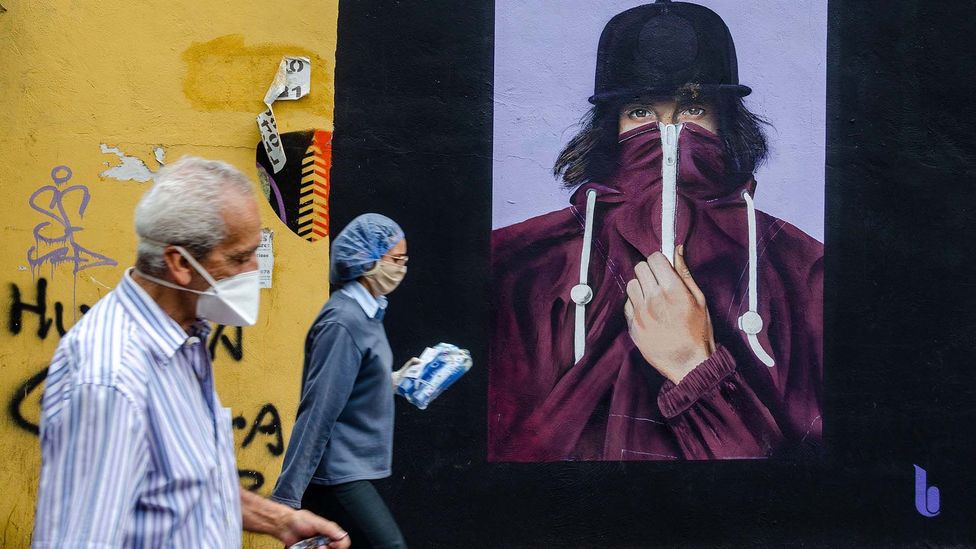 The global pandemic has seen dystopian narratives appeal to people like never before (credit: Alamy)

In the acclaimed television series Black Mirror, for example, each episode follows a character whose experiences convey the moral degradation of society in a way that implicates viewers. This insider’s perspective allows us to "get a richly textured feel for what it would be like to have your life shaped by those events, and social and political structures," Davison-Vecchione says.

Power to the people

Once viewers or readers engage with the issues in a dystopia, many feel inspired to act to prevent those worst-case scenarios from materialising. The Hunger Games has inspired young fans to get involved in social justice campaigns, while women in Argentina, Ireland and the US dressed up as characters from The Handmaid's Tale during 2018 protests against restrictions on reproductive freedoms.

In a study published in late 2018, researchers Calvert W Jones from the University of Maryland and Celia Paris from the University of Toronto found "consistent evidence" of dystopian fiction impacting real-world political attitudes. The genre increases people’s willingness to justify radical and violent activism in the face of perceived injustice, the study claimed. 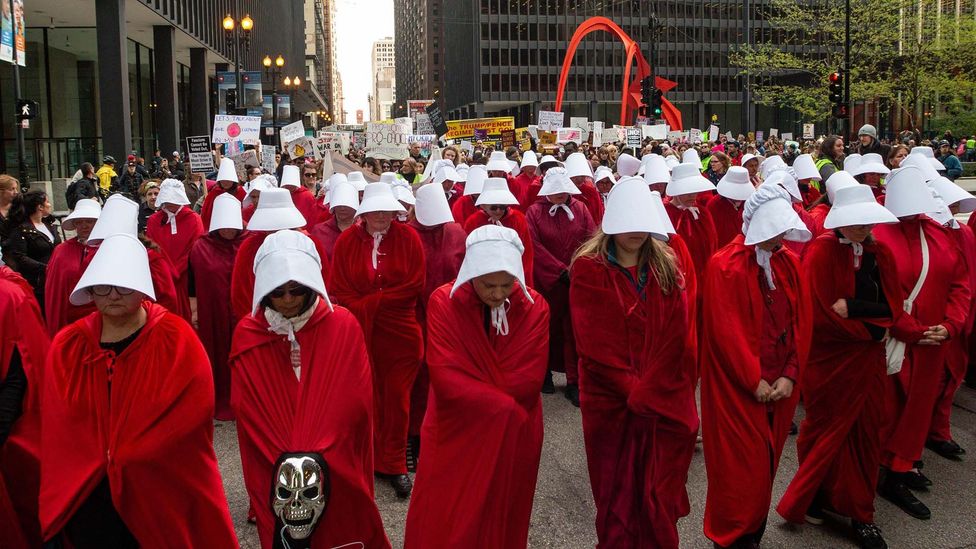 At the moment, mandatory shelter-in-place orders and social isolation hinder traditional forms of activism but dystopias can still produce transformative action. Fans may be driven to question why certain demographics are more vulnerable to Covid-19, or look into structures that may impede the development of a vaccine, according to Davison-Vecchione.

For people struggling with mental health issues, the genre could do more harm than good.

If someone is feeling overwhelmed and worried about the future, dystopian stories could exacerbate those worries, warns Mumbai-based clinical psychologist Sonali Gupta, author of the book Anxiety: Overcome It and Live Without Fear. If dystopian media is perceived as a potential threat, "it could lead people to catastrophise," she says.

A large number of her clients have reported panic attacks over the past six weeks, Gupta says, and during therapy sessions, she frequently discusses their media consumption. “People are struggling with collective trauma and grief,” she says. "Many underestimated the enormity and impact that Covid-19 would have on their lives, so there are feelings of shock, helplessness and uncertainty."

Rather than advise her patients to avoid certain genres, Gupta instructs them to be aware of their emotions and make mindful choices accordingly. "We need to be realistic and cognisant of our own emotional states because the same show or book is capable of triggering different emotions in different people," she says.

For Descely van Dam, who struggles with mental health issues herself, the video game Plague Inc has emerged as an unlikely source of comfort. "In the past, I used to feel scared about losing control in life but when I’m playing the game, I get a rush in being able to control the entire world. I no longer feel the need to be in control of everything but if I’m rewarded to do so, I’ll do it."

A instrument of change?

While the overt pessimism in most dystopias can trigger anxiety, certain stories spark hope. Many modern narratives, including TV show The Walking Dead focus on nihilism or daily survival with no impetus for change, but classics such as US author Octavia Butler’s Parable series contain utopian elements, such as a resistance movement fighting for a better future.

However that’s not necessarily a given, warns TreaAndrea Russworm. "People need to be aware of what these dystopias are critiquing in order to benefit from them, she says. "Dystopias have clear messages like failed governments or powerful corporations so if you're not careful, you can end up being passively receptive. We need to constantly relate dystopias with our lived experiences."

And in order to facilitate real change, it’s important that people are presented with viable alternatives.

"We need more stories that find ways to progress beyond our worst instincts, and offer roadmaps for a way forward," says Singaporean film and television critic Hidzir Junaini, who also co-hosts a pop culture podcast called Genre Equality. "It's easy for dystopian narratives to revel in darkness and depression but it's far harder to actually offer solutions and make things fundamentally better."