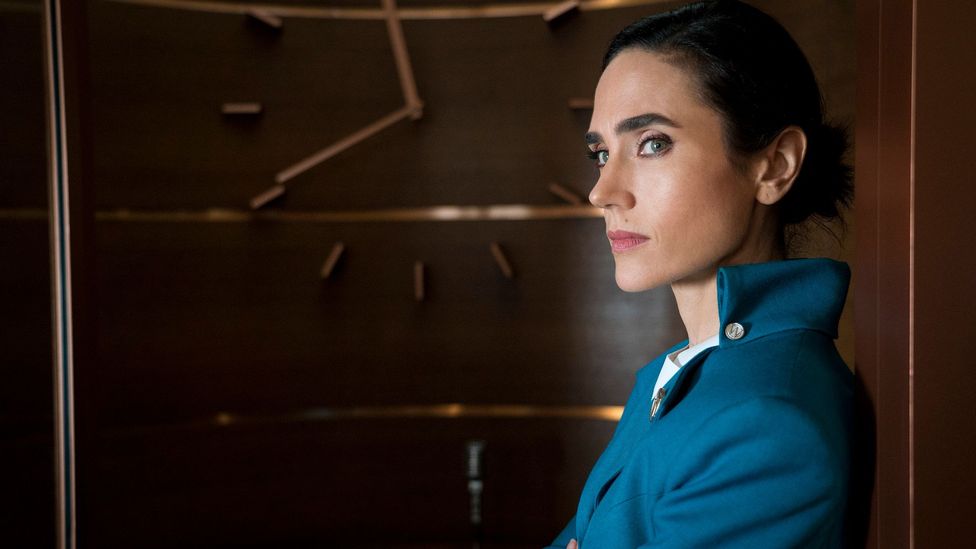 By Caryn James 10th May 2020
If you want to watch something that speaks to our current anxieties, then look no further than this drama about a post-apocalyptic society packed on to a train, writes Caryn James.
B

Before this year’s Oscar-winning Parasite, Bong Joon-Ho directed Snowpiercer, a volatile, socially-conscious mashup that plays as if George Orwell and Che Guevara had time-travelled to write an action movie. The Earth has frozen, and a train called Snowpiercer, carrying the survivors, must stay in perpetual motion circling the globe. Its cars are strictly divided by class, from billionaires living in luxury up front to stowaways crammed in dank, filthy cars at the rear, plotting rebellion against the train’s authoritarian ruler. Oh, and now and then the train zooms through avalanches or barely avoids skidding off a bridge. Snowpiercer displays the acute awareness of class that shaped Parasite, as well as Bong’s genius for blending genres.

More like this:
- Ten TV shows to watch in May
- Perhaps the year’s greatest love story
- This lavish period fantasy is a disaster

Bong was not actively involved in the new series based on the film, but his movie’s DNA is everywhere in this something-for-everyone show, from the rebel hero and Big Brother-like leader to the familiar design of the train’s cars. The series is stronger on cliff-hanging drama and action than on character. The snobs in first class are one-dimensional villains. The lower class rebels are more varied in their motives, yet remain types. But they are all vibrant types, more than enough to carry this engaging story of social division, injustice and deception, with the side attraction of a murder mystery. Snowpiercer arrives after a tumultuous production history, with the original showrunner replaced and the pilot rewritten and reshot, but that turmoil is not evident in the suspenseful, absorbing result. 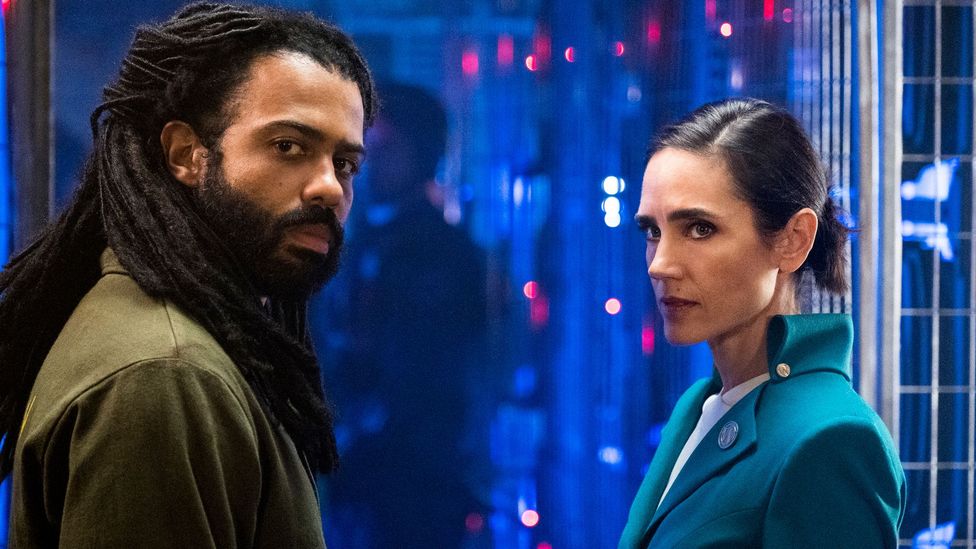 Set six years into the train’s journey, the series occupies its own universe, with different characters from the film’s. But its premise is the same. A plan to reverse global warming by cooling the atmosphere backfired, leaving the Earth’s temperature at a lethal -120F (-84C). The culprit is not climate change itself, but the wrong-headed choices humans make. “To be human is to be self-involved,” a first-class character says, and the difference between the selfish and the selfless drives much of the show’s intrigue.

The heroes are the passengers in the tail of the train, the so-called tailies. Their world is so visually full of shadows that even their food is dark, as they survive on daily rations of gelatinous black bars. Daveed Diggs plays Layton, the leader of the resistance. His role echoes Chris Evans’ in the film, but Diggs’s swagger and intensity make Layton more charismatic. Before the freeze, he was a homicide detective, and when the authorities call on him to solve a murder uptrain, as they say in Snowpiercer, he sees it as the perfect cover for gathering information helpful in the rebellion he’s plotting.

Further ahead in the train is a gleaming schoolroom for privileged children, greenhouse cars, and a posh dining room where light shines through windows. Overseeing it all is the self-possessed Melanie (Jennifer Connelly, ideally cast). Nominally the head of the hospitality service, she is in fact the uber administrator who conveys messages from the mysterious Mr Wilford, who created the train and now stays hidden away in the front. Melanie is all disguise, looking like a prim flight attendant in her blue skirt-suit uniform. Her cool voice carries over the train’s sound system, in announcements meant to keep the hierarchy intact. But behind the scenes, her boss’s commands include grim punishments for out-of-line tailies. Alison Wright is effectively wild-eyed as Ruth, Melanie’s second-in-command, a true believer in Wilford’s “sacred engine” as she calls it, and his mission to keep everyone in his or her place. (Melanie and Ruth essentially split the role Tilda Swinton played in the film.)

As Layton and Melanie tussle for power and influence, the plot moves swiftly. A huge revelation about Wilford at the end of the first instalment only ramps up the questions  about him. When the murder plot is resolved, it leads to more issues around inequality. Even on the train, is justice skewed by class? Spies and informants are everywhere. One of the series’ best devices is to let us see more than any single character does. We are with Melanie and the train’s engineers, and also among the rebels, privy to secrets on both sides. Mickey Sumner is tough and convincing as Bess Till, a security officer called in to help Leyton with his investigation. She and her girlfriend, from different classes, don’t even realise that they have secrets from each other. 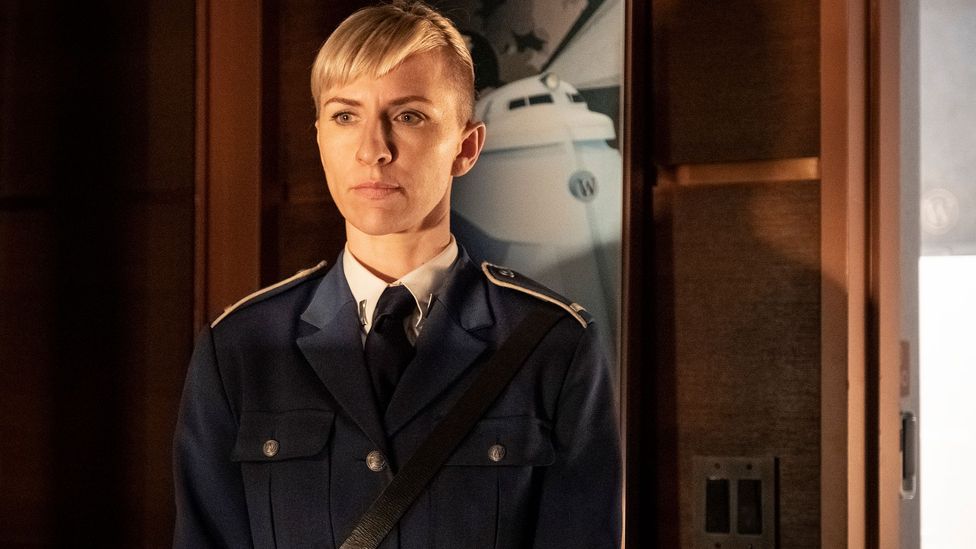 The action scenes are efficiently staged, if a little jarring as they are dropped in. There are violent riots, battles between the rebels and the security force, and a stunt in which an unlikely crew member makes a repair while hanging upside down under the train in protective gear that looks like a space suit. The CGI scenes of the snowy landscape as the train moves along are merely adequate, and remind us that we are in a world inspired by a graphic novel, the source for both film and series.

The Night Car, a kind of decadent nightclub car, never seems as enticing as it’s meant to be. And how does everyone get from one end of that train to the other so fast when it’s 1,001 cars long? Despite its minor lapses, though, Snowpiercer is both a diverting and, as it happens, timely entertainment. A passenger in the tail is driven mad by the lack of privacy in his confined space. A woman in third class complains about how difficult it is to find love when the outside world is gone. Snowpiercer may be far from ordinary life, but so is reality right now.

Snowpiercer premieres on 17 May on TNT in the US, and on 25 May on Netflix around the rest of the world.

Love film and TV? Join BBC Culture Film and TV Club on Facebook, a community for cinephiles all over the world.

And if you liked this story, sign up for the weekly bbc.com features newsletter, called The Essential List. A handpicked selection of stories from BBC Future, Culture, Worklife and Travel, delivered to your inbox every Friday