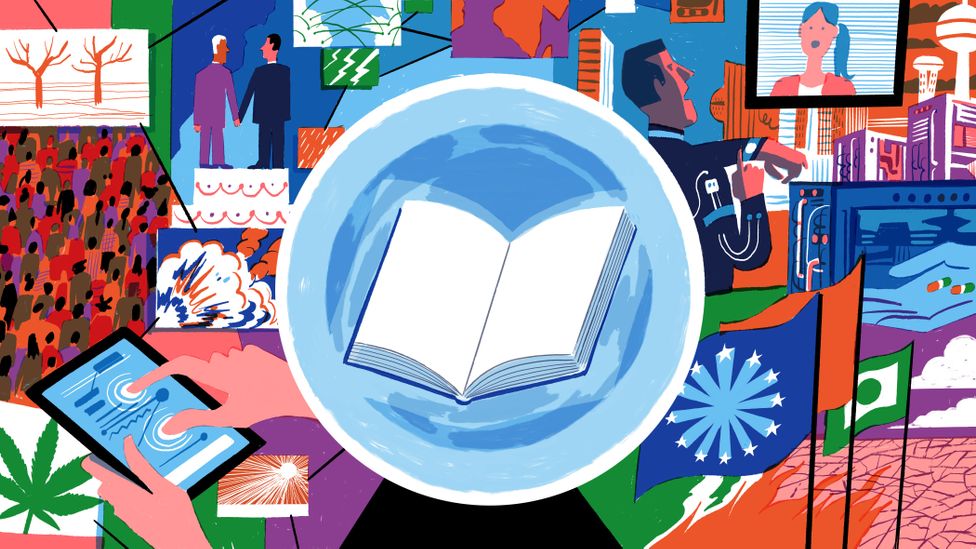 By Hephzibah Anderson 18th March 2020
The visionary sci-fi author envisaged an alternate future that foresaw many aspects of life today, from big pharma to Trumpism. Now she has a cult following, writes Hephzibah Anderson.
I

It’s campaign season in the US, and a charismatic dark horse is running with the slogan ‘make America great again’. According to his opponent, he’s a demagogue; a rabble-rouser; a hypocrite. When his supporters form mobs and burn people to death, he condemns their violence “in such mild language that his people are free to hear what they want to hear”. He accuses, without grounds, whole groups of people of being rapists and drug dealers. How much of this rhetoric he actually believes and how much he spouts “just because he knows the value of dividing in order to conquer and to rule” is at once debatable, and increasingly beside the point, as he strives to return the country to a “simpler” bygone era that never actually existed.

-        The fiction that predicted space travel

You might think he sounds familiar – but the character in question is Texas Senator Andrew Steele Jarret, the fictional presidential candidate who storms to victory in a dystopian science-fiction novel titled Parable of the Talents. Written by Octavia E Butler, it was published in 1998, two decades before the inauguration of the 45th President of the United States. 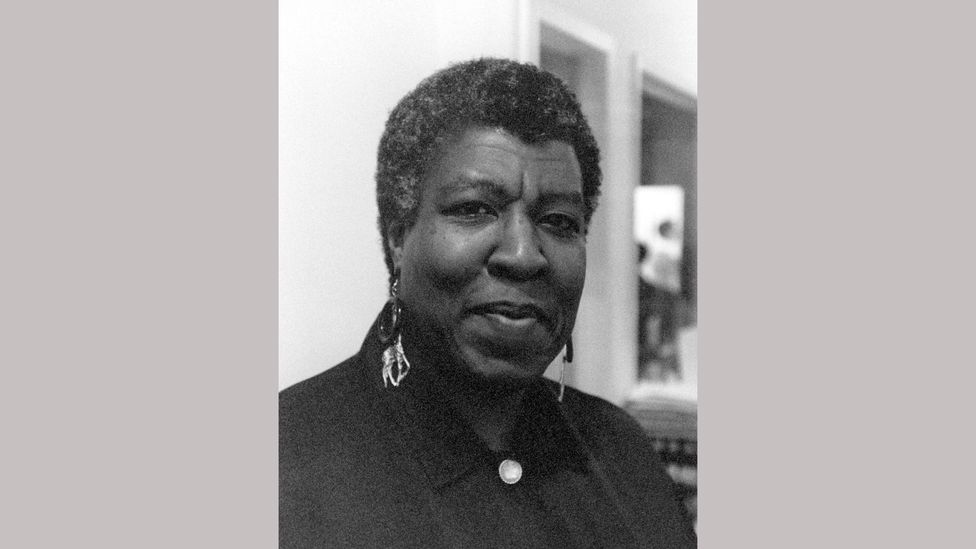 Like much of her writing, Butler’s book was a warning about where the US and humanity in general might be heading. In some respects, we’ve beaten her to it: a sequel to 1993’s Parable of the Sower, Parable of the Talents is set in what is still the future, 2032. While its vision is extreme, there is plenty that feels within the bounds of possibility: resources are increasingly scarce, the planet is boiling, religious fundamentalism is rife, the middle classes live in walled-off enclaves. The novel’s protagonist, a black woman like the author herself, fears that Jarret’s authoritarianism will only worsen matters.

Fourteen years after her early death, Butler’s reputation is soaring. Her predictions about the direction that US politics would take, and the slogan that would help speed it there, are certainly uncanny. But that wasn’t all she foresaw. She challenged traditional gender identity, telling a story about a pregnant man in Bloodchild and envisaging shape-shifting, sex-changing characters in Wild Seed. Her interest in hybridity and the adaptation of the human race, which she explored in her Xenogenesis trilogy, anticipated non-fiction works by the likes of Yuval Noah Harari. Concerns about topics including climate change and the pharmaceutical industry resonate even more powerfully now than when she wove them into her work.

Through fiction, Butler learnt to imagine an alternate future to the drab-seeming life that was envisioned for her

And of course, by virtue of her gender and ethnicity, she was striving to smash genre assumptions about writers – and readers – so ingrained that in 1987, her publisher still insisted on putting two white women on the jacket of her novel Dawn, whose main character is black. She also helped reshape fantasy and sci-fi, bringing to them naturalism as well as characters like herself. And when she won the prestigious MacArthur ‘genius’ grant in 1995, it was a first for any science-fiction writer.

Octavia Estelle Butler was born on 22 June 1947. Her father, a shoeshiner, died when she was very young, and she was raised by her mother, a maid, in Pasadena, California. As an only child, Butler began entertaining herself by telling stories when she was just four. Later, tall for her age and painfully shy, growing up in an era of segregation and conformity, that same storytelling urge became an escape route. She read, too, hungrily and in spite of her dyslexia. Her mother – who herself had been allowed only a scant few years of schooling – took her to get a library card, and would bring back cast-off books from the homes she cleaned.

Through fiction, Butler learnt to imagine an alternate future to the drab-seeming life that was envisioned for her: wife, mother, secretary. “I fantasised living impossible, but interesting lives – magical lives in which I could fly like Superman, communicate with animals, control people’s minds”, she wrote in 1999. She was 12 when she discovered science fiction, the genre that would draw her most powerfully as a writer. “It appealed to me more, even, than fantasy because it required more thought, more research into things that fascinated me,” she explained. Even as a young girl, those sources of fascination ranged from botany and palaeontology to astronomy. She wasn’t a particularly good student, she said, but she was “an avid one”.

After high school, Butler went on to graduate from Pasadena City College with an Associates of Arts degree in 1968. Throughout the 1970s, she honed her craft as a writer, finding, through a class with the Screen Writers’ Guild Open Door Program, a mentor in sci-fi veteran Harlan Ellison, and then selling her first story while attending the Clarion Science Fiction Writer’s Workshop. Supporting herself variously as a dishwasher, telemarketer and inspector at a crisp factory, she would wake at 2am to write. After five years of rejection slips, she sold her first novel,Patternmaster, in 1975, and when it was published the following year, critics praised its well-built plot and refreshingly progressive heroine. It imagines a distant future in which humanity has evolved into three distinct genetic groups, the dominant one telepathic, and introduces themes of hierarchy and community that would come to define her work. It also spawned a series, with two more books, Mind of My Mind and Survivor, following before the decade’s end. 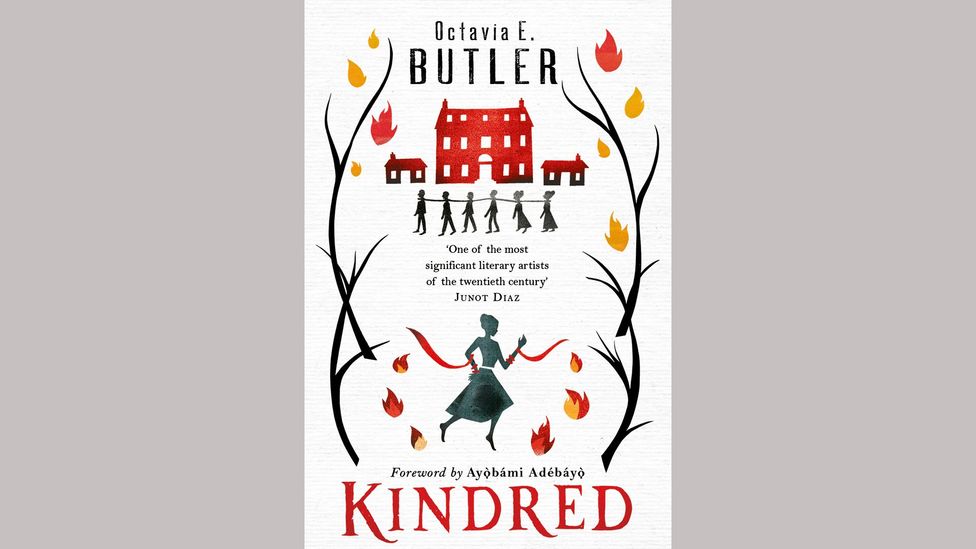 Butler’s time-travelling novel Kindred was published in 1979, and is a cult favourite with her fan base

With the $1,750 advance that Survivor earnt her, Butler took a trip east to Maryland, the setting for a novel she wanted to write about a young black woman who travels back in time to the Deep South of 19th-Century America. Having lived her entire life on the West Coast, she travelled by cross-country bus, and it was during a three-hour wait at a bus station that she wrote the first and last chapters of what would become Kindred. It was published in 1979 and remains her best-known book.

The 1980s would bring a string of awards, including two Hugos, the science-fiction awards first established in 1953. They also saw the publication of her Xenogenesis trilogy, which was spurred by talk of ‘winnable nuclear war’ during the arms race, and probes the idea that humanity’s hierarchical nature is a fatal flaw.The books also respond to debates about human genetic engineering and captive breeding programs for endangered species.

She’d been trying to tell us that if we do not make changes, this is what’s going to happen – Tarshia L Stanley

In her author photos, Butler appears a serious woman with an exceptionally penetrating gaze. At a talk she gave in Washington DC in 1991, later reported in the radical feminist periodical, Off Our Backs, she offered a fuller description of herself: “comfortably asocial – a hermit in the middle of Los Angeles – a pessimist if I’m not careful, a feminist, a black, a former Baptist, an oil-and-water combination of ambition, laziness, certainty and drive”. 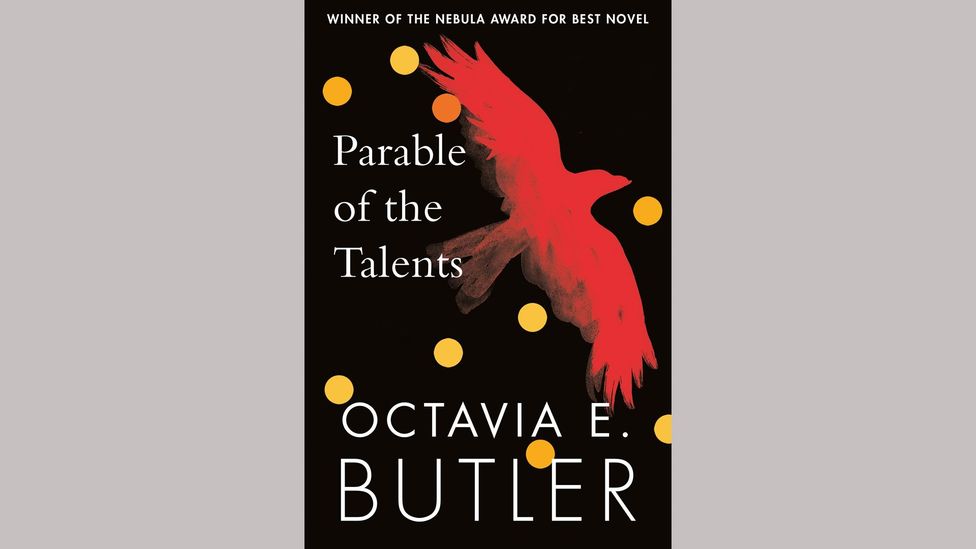 That certainty and drive can be seen in papers from her archive, now housed at the Huntington Library. In 1998, some motivational notes written on the back of a ring-bound writing pad begin “I shall be a bestselling writer!” She goes on: “I will find the way to do this! So be it! See to it!” Elsewhere, she’s to be found urging herself to “tell stories filled with facts. Make people touch and taste and know. Make people feel! Feel! Feel!”

Butler died in 2006, following a fall near her home in Washington state. Though she had begun suffering from writer’s block and depression, caused in part by medication for her high blood pressure, she’d continued to teach, and in 2005, had been inducted into Chicago State University’s international black writers hall of fame. She published a novel that year, too, Fledgling, whose vampire heroine must avenge a vicious attack, and rebuild her life and family. By then, her books had been translated into 10 languages, selling more than 1 million copies altogether.

In the years since, her fanbase has only grown. It turns out that she didn’t invent the campaign slogan beloved by Trump. It was used by Ronald Reagan in his 1980 presidential campaign, and later by Bill Clinton, although later he described the phrase as a “racist dog whistle to white southerners”. Nevertheless, as Tarshia L Stanley, dean of the school of humanities, arts and sciences at St Catherine University, notes, when readers spotted during the 2016 US election that Butler had chosen the slogan for Jarret, it “jarred people into recognising that she’s been doing this work all along. She’d been trying to tell us that if we do not make changes, this is what’s going to happen. She constantly gave that message: this is the logical conclusion if we keep treading down this path. I think when people saw that phrase, it started a whole new group of people reading her work.”

There is always hope that since we built this world, we can build another one – Tarshia L Stanley

Butler’s work is today the subject of fan fiction, television adaptations (there are at least two in the works), and lively attention on college campuses, where it’s read from perspectives as varied as critical race theory, Afrofuturism, black feminism, queer theory and disability studies. Stanley, who last year edited the essay collection Approaches to Teaching the Works of Octavia E Butler, is also president of a society dedicated to the author. Its membership is broad, she says, but the most gratifying surprise is how many young people Butler’s work is engaging. At the inaugural conference, there was even a panel of high-school kids.

What would Butler have made of the present political moment in the US? “I don’t think she would have been surprised”, Stanley says. She puts Butler’s ability to envisage our future down to a deep understanding of human nature – knowledge gained from having the role of outsider foisted on her in girlhood. This she backed up with research, reading journals including Scientific American, listening to lectures, travelling as far as the Amazon. For Stanley, the one lesson to take from Butler’s work is hope. “World building is huge in her canon, and so there is always hope that since we built this world, we can build another one.” 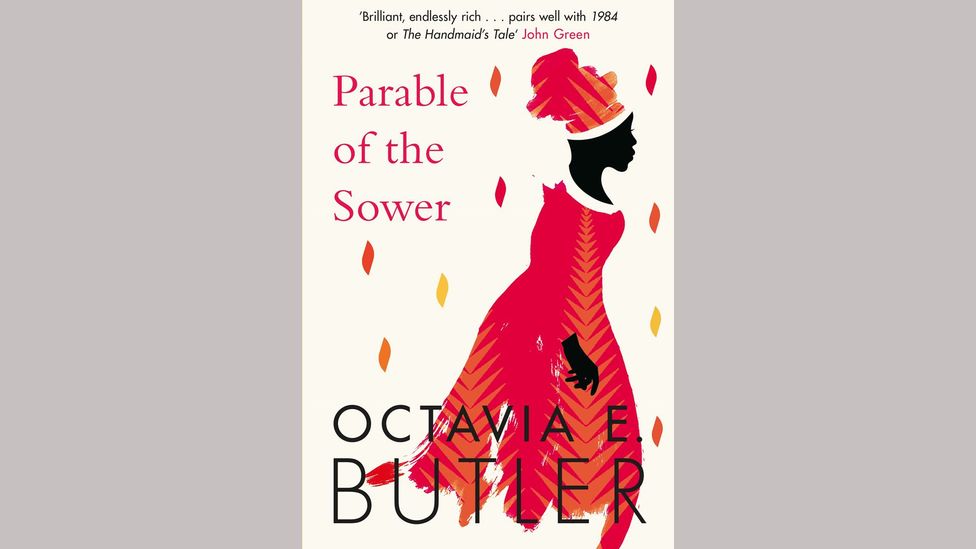 There’s a scene in Parable of the Sower when the best friend of heroine Lauren Olamina insists “Books aren’t going to save us”. Lauren replies: “Use your imagination,” telling her to search her family’s bookshelves for anything that might come in handy. “Any kind of survival information from encyclopedias, biographies, anything that helps you learn,” she goes on. "Even some fiction might be useful".

Butler’s novels are just that kind of fiction. The child who began writing as a means of escape, ended up crafting potent calls to socio-political action that seem ever more pertinent to our survival as a species.

Share using EmailShare on TwitterShare on FacebookShare on Linkedin

culture
1The fiction that predicted space travel
Around the BBC