Loading
Theatre
How do you make a musical about cancer?
Share using EmailShare on TwitterShare on FacebookShare on Linkedin 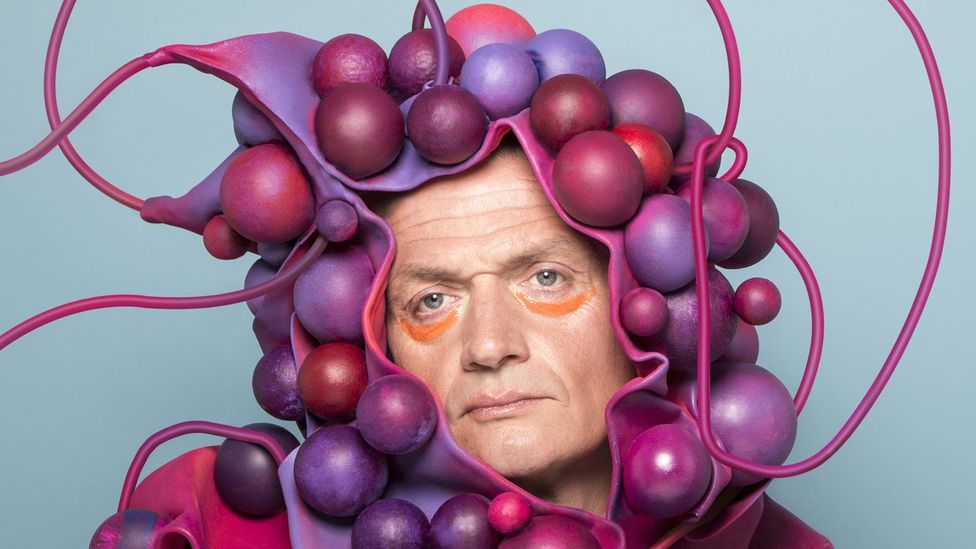 Cancer. It’s not an obvious subject to make an actual song and dance about. But that’s what performance artist Bryony Kimmings has done, writing her first ever musical on the subject. A Pacifist’s Guide to the War on Cancer is now on at London’s National Theatre, in a co-production with legendary company Complicité; it is based on the stories of real-life cancer patients.

Think of musicals, and you might conjure jazz hands and glitter cannons, cheesy choruses and chorus lines. How does such showbiz razzmatazz relate to life-threatening illness?

“What unites huge swaths of people? What’s really for the people, and not just for posh people? It’s singing,” says Kimmings when we meet at the theatre. “What allows us to think about massive subjects but pretends it is something really puff? Good musicals can do that. Rent does that with HIV; West Side Story does it about racism.” 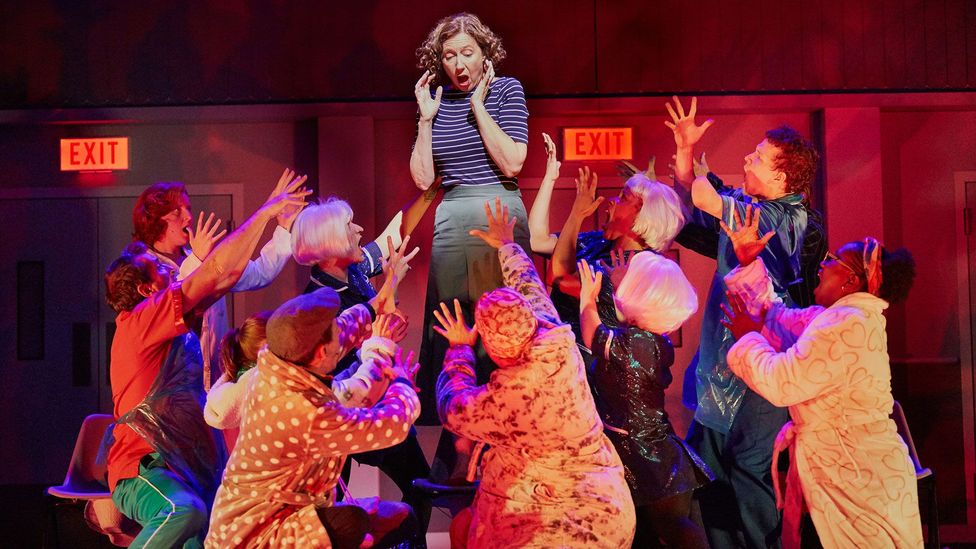 Kimmings, a 35-year-old Londoner, has certainly tackled big subjects herself: her last play, Fake It ‘Til You Make It, was about men and mental health, and performed with her non-actor partner Tim Grayburn after she discovered he had clinical depression. Prior to that, she did a show with her nine-year-old niece, looking at the sexualisation of young girls. Both were funny, inventive and sad, combining daft dancing and crazy outfits with heartfelt messages.

“If this was a sad play about cancer – in the same way as if I’d made a sad play about depression – it just wouldn’t have worked. It would have been really worthy and crap. So, bosh: musical,” she declares with finality.

Not that A Pacifist’s Guide… quite fits the mould of your average Broadway spectacular: although there are fabulous costumes and earnest singing, the musical format slowly gets jettisoned, until it’s just “people in a room talking very honestly about illness and death”. But that sounds intimidating and not much fun – hence warming audiences up first. 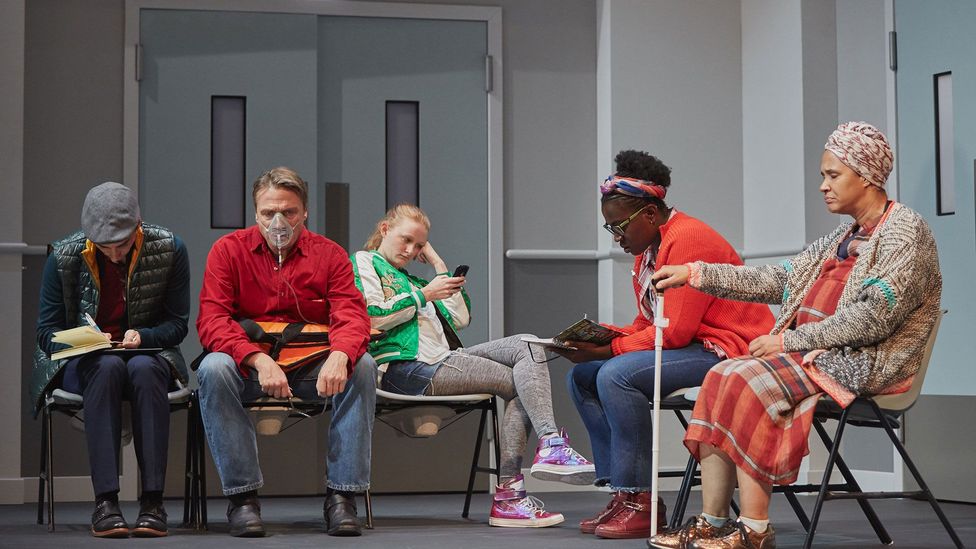 The musical format is jettisoned throughout the show until it consists of “people in a room talking very honestly about illness and death,” says Kimmings (Credit: Mark Douet)

“No matter what trauma you’re going through, British people always find humour, as a coping mechanism,” suggests Kimmings. “So we use [humour and music] to talk about something really scary, and as it gets less scary, we start talking properly. You could sustain a musical, but that didn’t feel like it would make any change happen in the world – and you know what I’m like, all my work needs to at least begin some thought that we could change this.”

What is the concrete change she hopes to achieve here, then? “My work always starts with a question, and this question is ‘why don’t we talk about illness and death more?’ If we did, would it mean we could help others to cope better? I hope people will leave thinking ‘next time someone tells me they’ve got cancer, I can talk to them about it.’"

The eye-catching title reflects one particular concern she kept hearing when talking to patients: a loathing of the language and metaphors that surround it. The clichéd terms are too often aggressively violent or impossibly noble: about winning your ‘battle’ or overcoming your ‘struggle’ with cancer. And these are now engrained, thanks to being used by everyone from politicians - it was Nixon who declared “war on cancer” – to fundraisers who realised dramatic language raises cash. But it can be a burden for patients, and the consensus was that an honest musical would need to “challenge those ways of thinking about cancer and say perhaps they’re just not that helpful”. 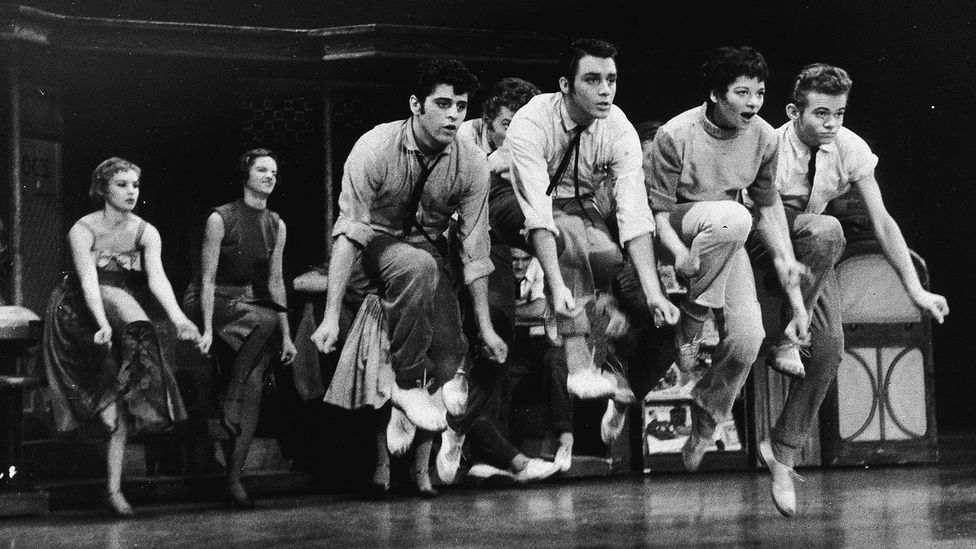 Other musicals have taken on serious themes, such as Leonard Bernstein’s West Side Story, which explores racism between immigrant communities in New York (Credit: Getty Images)

Kimmings’ work has always been heavily autobiographical, but A Pacifist’s Guide was meant to be her taking a step back: writing and directing, but not performing. Instead, Kimmings would assimilate the stories of 15 different cancer patients she worked with.

“Some characters in the play are based on one person, some are amalgamations, some are more fictional,” says Kimmings. “It feels like a big responsibility. But it was always: tell me about your thoughts and fears of cancer, and then from that let me write you a song, and from that I’m going to make a show that tells the truth about what it’s like to have cancer.”

Towards the end of the production, the theatrical artifice begins to crumble. Kimmings uses some of the patients’ own accounts verbatim, with one actually joining the cast onstage. Actors step out of character to recount their own experiences – and, despite her initial intention not to be part of it, Kimmings’ own voice-over also features. The hope is, at the very end, to enable the audience to share too. 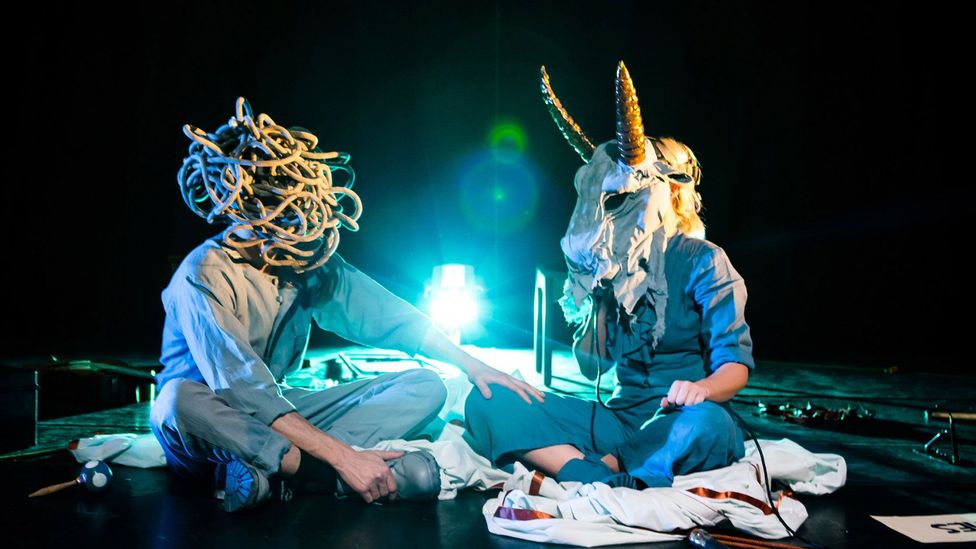 Bryony Kimmings’ previous play Fake It ‘Til You Make It was a two-hander performed with her partner Tim Grayburn that dealt with mental illness (Credit: Richard

“We just break down all the barriers. Everyone starts to become themselves, and the pinnacle of that is a moment of audience participation, [where] people feel like they can talk about illness and death.”

Kimmings had had no experience of cancer; the idea for the play came about after talking to Judith Dimant, a producer for Complicité, who had just been diagnosed. Kimmings went to some appointments with her, and then her friend, Brian Lobel – who has made several shows about his own experience of the disease – came on board as a co-writer. 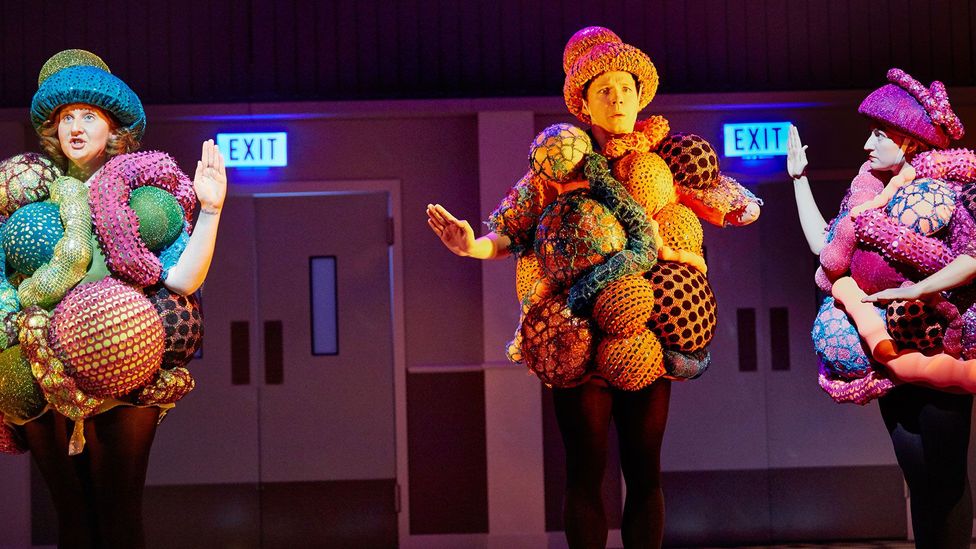 Christina Cunningham’s costumes for A Pacifist’s Guide to the War on Cancer feature glittery outfits based on the forms of malignant cells (Credit: Mark Douet)

But while she was writing A Pacifist’s Guide, Kimmings’ own baby son Frank got very ill with epilepsy, and she spent several months with him in hospital; he’s well now. The people who rallied around her the best, understanding just what she was going through, were the cancer patients she’d been interviewing. Eventually, Kimmings realised that this experience had to be in the play too – she couldn’t ask cast and audience members to be vulnerable without opening herself up too.

“I wrote the main character as a woman whose child gets ill and who is helped by these people. If we were trying to break down characters, and say those people were real, it felt important to say this central character is me,” Kimmings explains. “Through the process of doing this musical, I experienced illness and then learnt how to talk about it with the help of the cancer patients. I didn’t have something to say, and then I did have something to say, and it felt like I should say it. You’re changed forever: I will never be the same person after what happened with Frank, ever.”

How is it having work on at the National Theatre – does this performance artist, whose infamous antics for previous shows including getting drunk for seven days straight, and collecting the pubic hair of her audience, feel part of the establishment now? Hardly.

“It’s so weird – I don’t want to be establishment. And that’s not what they want from me anyway.” But she hopes to bring in a different, more diverse audience, and is firm in her insistence that the National Theatre should be a place that is fed by experimental, fringe work.

“I feel like it’s great to be here,” she says with a smile, before adding “but it’s not going to make me conform.”

And if you liked this story, sign up for the weekly bbc.com features newsletter, called “If You Only Read 6 Things This Week”. A handpicked selection of stories from BBC Future, Earth, Culture, Capital, Travel and Autos, delivered to your inbox every Friday.