Loading
Toronto Film Festival
Film review: Moonlight is what ‘festivals were made for’
Share using EmailShare on TwitterShare on FacebookShare on LinkedinShare on Whatsapp 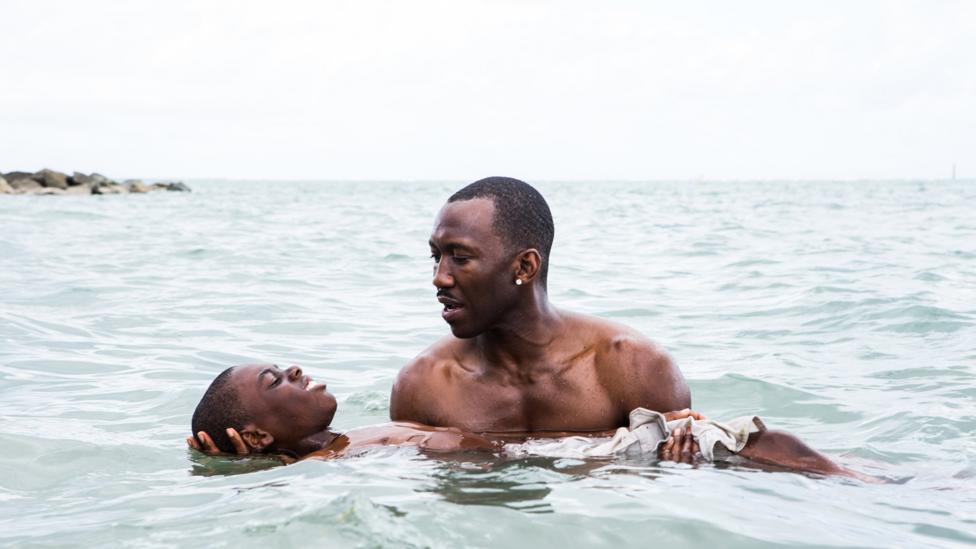 By Sam Adams 15th September 2016
The breakout hit in Toronto is a picture that shatters stereotypes, and it’s the only film in the festival that critic Sam Adams gives five stars.
B

Barry Jenkins' Moonlightis the kind of movie film festivals were made for, an exquisitely sensitive triptych about a gay black man's coming of age in Miami, Florida. But it's also a movie that needs room to breathe, that lingers after the ovation has died out and you're walking in the cool, rolling its images and its emotions around in your mind.

It's been eight years since Medicine for Melancholy, Jenkins' first and only previous feature, a gap all too illustrative of what awaits film-festival darlings who aren't young white men eager to make the next Jurassic Park. But while it would be better if Moonlight were Jenkins' fourth or fifth feature instead of his second, that time hasn't gone to waste: Moonlight is a vastly more confident and visionary film, the work of a major film-maker and not just a promising one.

Jenkins splits his protagonist's story in three, using different actors to portray him as a child (Alex R Hibbert), a teenager (Ashton Sanders), and a young man (Trevante Rhodes). His name is Chiron, pronounced with all the vowels long, so it starts with "shy". But as a child, growing up with no father and a mother who's beginning to lose her life to crack, he's known as “Little”; as a hardened grown-up in Atlanta, he's simply called “Black”. Jenkins doesn't bend over backwards making his three actors resemble one another, and their distinctiveness comes to feel like part of the point: a product of Chiron's attempts to change who he is.

In the first section, Little is befriended by a drug dealer named Juan (Mahershala Ali), who finds Little holed up in an abandoned building, hiding from the taunts of other boys, who already suspect what Little himself cannot yet articulate: that he is gay. Juan, a Cuban immigrant, seems to understand that as well, but he takes Little into his comfortably middle-class home, with an attentive wife (Janelle Monaé) and woven placemats on the table. It's possible the screen has never seen a drug dealer like Juan, depicted in such matter-of-fact fashion, without menace or anxiety, but it never feels like Jenkins is out to prove a point; he’s just depicting African-American life as the movies have seldom known it. As the title of Tarell Alvin McCraney's source play, In Moonlight Black Boys Look Blue, observes, sometimes all it takes is a shift in the light to see the world anew.

In the middle section, Chiron begins to come to terms with his sexuality, but at a price: his classmates' taunts have matured into full-fledged violence, and his mother (Naomie Harris) has effectively disappeared into a crack pipe. He finds himself dreaming of his friend, Kevin (Jharrel Jerome), who brags about having sex with girls in the school hallways. The boys flirt with each other, but it's not clear either knows what they're doing, or whether acknowledging it would break the spell.

Like Wong Kar-Wai’s films, Moonlight is more concerned with longing than its satisfaction

As an adult, Black, as he's now known, adopts the posture of a street tough: hip-hop is heard on the movie's soundtrack for the first time, bumping from his car as he drives down the streets of Atlanta, gold fronts glittering in his mouth. He's moved there to reinvent himself and to get his mother off drugs; he knows how to hide who he is now. But he's still tied to the past, and to Kevin, now played by André Holland.

When Little is a child, Juan takes him into the Florida surf, an act of tenderness towards a boy we sense has known few of them, especially from men. The crashing of waves runs all through Moonlight, even in scenes that don't take place near the coast: it's in the persistent hiss of a gas stove or the low thrum of a refrigerator, a constant reminder of what he's trying to get back to, a state he's trying to reclaim. Like the movies of Wong Kar-Wai, an admitted influence on Jenkins, Moonlight is more concerned with longing than its satisfaction; the only sex act involving its protagonist is filmed at a discreet remove, but it's circumspection is more melancholic than it is prudish.

At Toronto, it's easy to eavesdrop on conversations forecasting Moonlight's limited commercial prospects in the US: the gay audience will come, the conventional wisdom goes, but black audiences don't go to art houses, and art house audiences don't gravitate towards black stories. There's history to those assumptions, but they're self-reinforcing as well, and they gloss over examples like Fruitvale Station, which played multiplexes and specialist cinemas with equal success. Moonlight doesn't sacrifice specificity on the altar of universal storytelling, but its details are so precise and so poignant that there's no translation needed.

And if you liked this story, sign up for the weekly bbc.com features newsletter, called “If You Only Read 6 Things This Week”. A handpicked selection of stories from BBC Future, Earth, Culture, Capital, Travel and Autos, delivered to your inbox every Friday.