Learn techniques to ensure your toddler gets off to the right start with tablets.

The CBeebies universe of websites and apps is a wonderfully rich and diverse place for your child to explore all of the great online content they love across all the platforms they use in their day-to-day lives - desktop, mobile and tablets. As well as the apps, did you know you can add the website to the homescreen of your tablet to give your child an easy way to find LOADs more games and activities?

Tablets are becoming increasingly popular and many households own at least one. But how do you know when, and how to start a child off using tablets?

We have worked with the Tech and Play research project to create 10 tips for you to feel more confident when introducing your little one to apps on tablets and phone devices. The project has also developed a useful guide to help parents choose and use apps with their pre-schoolers.

You can read their Guide for Parents here.

1. Introduce your child to tablets when the time is right for you and them

Of course, the big question here is, ‘When is the right time?’. There is no single answer to this question – the right time will be different for each child.

For some families, children’s first introduction will be when they participate in Skype or Facetime conversations with family members and parents, and children’s interest in tablets will be initiated then. Similarly, older sibling’s use of tablets will mean an early introduction is inevitable.

Tablets are fast becoming an integral part of everyday lives and in households that own them it is not feasible to think that babies and toddlers will not come across them until they're older. Therefore, it is best to think about how to introduce them in a way that you can control as a parent.

Tablets can be beneficial for children if used appropriately. Selective use of apps and using them alongside adults can promote play and creativity, which are important for learning. Additionally, it's important to note that tablet time for under 2s should be more limited than for children aged two and over.

2. Use the tablet alongside your child

Like any new resource, your child will need help to understand how to use it and what it can do so feel free to use the tablet alongside your child from the beginning.

Research has shown that media use that is supported by adults is more beneficial for children than independent media use in those crucial early years. Of course, it is not feasible to think that you can use the tablet with your child all of the time, but the more that you can do that in their first months and years of use, the more support they receive for learning how to use it independently.

For those using tablets with babies, hold them as you would a picture book, with the child in your lap and the screen in front of you both – that way, they have intimate contact with you and are safely guided into the use of tablets.

As young children explore their world through their senses, they are likely to want to hold – and perhaps even chew – the tablet from the start. Whilst they should be encouraged to become familiar with the technology, don’t let children get the idea that they can do what they want with the tablet – they need to learn to respect hardware.

3. Develop routines for using the tablet

Developing routines when using the tablet will help your child to develop self-management skills, meaning you may avoid the problems some parents face when their children won’t turn off the technology!

Keeping the tablet in a safe place and returning it to that place every day will help. Reminding your child not to place drinks near the tablet will guard against it getting accidentally soaked. Stopping your child from throwing a tablet in frustration, or out of sheer inquisitiveness, means that they will learn to take care of it.

In addition, developing regular times for tablet use when he or she is old enough to understand that will also help foster self-control. If a child knows they can only use a tablet for a set time in the morning and afternoon/ evening, this may eventually become habitual and self-regulating. This is not to suggest that you should never be spontaneous in the use of the tablet, however – as always, use your parenting instincts!

4. Choose appropriate apps for your child

There are many apps for babies and toddlers in the App Store, Play Store and other stores and it can be difficult to know where to start.

For very young children, apps that promote sensory play (sound, vision and touch) and develop early skills, such as understanding cause and effect and hand-eye co-ordination, are to be recommended.

There are many lullaby and nursery rhyme apps on the market, but it is best to look around as some are made outside of the UK and can contain words and phrases that will be unfamiliar to children. Apps that feature favourite games are appealing, such as peek-a-boo, or apps that enable children to become familiar with everyday objects.

Open-ended apps, which do not require prescribed outcomes, can encourage play and creativity. Children also like apps that they can help motivate them in their daily routines, such as brushing teeth. Some apps enable children to personalise them, so their photograph can be inserted into the story, and so on. And of course, apps that reflect children’s own interests, whether that is TV characters, animals, dinosaurs and/ or cars, for instance, are appealing. Keeping children’s apps in a folder of their own on the tablet desktop can encourage independence and also means they get the idea that some apps are not for them!

Whilst very young children are most unlikely to be using apps that give them online access without an adult alongside them, it is best to develop safety strategies from the beginning. For advice on managing safety issues, see the advice and resources on the UK Safer Internet website.

We recently completed a research project which looked at how far apps promote play and creativity for pre-schoolers and have produced a leaflet for parents that provides further guidance on choosing apps, which can be downloaded here.

5. Make sure you are thoroughly familiar with the apps your child uses

Once you have downloaded an app, take time to go through it thoroughly so that you are sure about what it can and cannot do.

This will mean that you will be able to support your child effectively. If you're both struggling to get to know an app at the same time, this could create joint frustration.

6. Think about apps as you would toys or books

This might seem like an odd thing to say. Toys and books have been around for generations, yet apps are a recent phenomenon – how can they be compared?

We're not suggesting that these things are the same, of course, as toys and books are physical, your child can touch and hold them, whereas apps are virtual. That doesn’t mean apps are necessarily of less value, however. Parents have limited budgets to buy playthings and resources to support their children’s learning, but apps should not be excluded from this budget, as they can be beneficial for play, creativity and learning.

If you only ever download free apps, you won’t have access to some high quality apps that have been designed with pre-schoolers in mind. In addition, free apps often have pop-up adverts or in-app advertising, which can inhibit play. There are some good quality free apps – the CBeebies apps are free and in our research study were found to promote a wide range of play and creativity. But overall, purchasing an app now and again as you would a toy or book will offer your child access to a greater range of apps that are beneficial for pre-schoolers.

In addition, just as you like to choose a variety of toys and picture books for children, you should ensure that children have a range of different types of apps so that they don’t play the same games repeatedly (some repetition is fine, but they also need to experience a variety of types of apps).

7. Look beyond the apps

The tablet is a powerful piece of technology that will allow your child to do things other than use apps.

Let them learn how to use the camera function to take photographs and films. Popping it in your bag as you walk to the Post Office, for example, will enable you to take it out at appropriate times for your child to take a photograph of a street sign, or a bus, or any other interesting feature of the neighbourhood.

Talking about these photographs when you get home will provide lots of opportunity for extending your child’s language, or you could even make them into a slideshow or book.

There are lots of opportunities for linking digital with non-digital play.

There are now a variety of soft toys, dolls and robots that can be controlled with apps. But there are other ways of fostering play that connects the digital and non-digital. For example, as children play with their construction toys, they could use their tablet to record each stage of the build for later recall.

The countdown clock on a tablet (or app) could time children’s races/dances and so on.

9. Turn the tablet off before bedtime

There is research that indicates that the sleep patterns of children who interact with screens just before they go to sleep are disrupted because of melatonin suppression.

Whilst e-books might be very engaging for your child, returning to paper-based picture books for his or her bedtime story might be a good idea, given these findings.

10. Talk about your toddler and tablets

An important part of learning about parenting comes from talking to other parents and sharing ideas. Advice and guidance on non-digital aspects of child-rearing has been passed on down generations, but as technology is relatively new, we still seem to be working out a lot of things.

Sharing the good strategies you have developed, or excellent apps you have found, with other parents will enable a collective understanding of good practice to be developed. Use the CBeebies Facebook page to share your experiences and recommendations!

The findings are based on a research project conducted by the Universities of Sheffield and Edinburgh, in partnership with CBeebies, the children’s media company Dubit, Foundling Bird and Monteney Primary School, Sheffield. The full report can be found at Tech and Play. 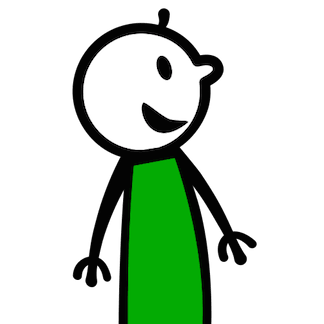