Amari won Junior Bake Off 2015. We chatted to her live and asked her your questions, straight after the final on Friday 20th November 2015. Check out her answers below.

NephriteRainbowPenguin - “What was it like cooking for The Vamps?”

BlackSuperPuffin - “If you could invent any type of pie, what would it be? Mine would be a salted popcorn and caramel crumble pie!”

That sounds yummy! Mine would be mint chocolate chip ice cream pie!

MustardPartySparrow - “What was the best bake you ever made? How did you make it? How old were you?”

The best bake I ever made was when I was still eleven, it was an easter cake and I made a fondant bunny’s bottom and it looked like the bunny was burrowing into the cake. It also had sponge fingers around the edges.

BlushGreatGhost - “Why do you bake and who inspired you?”

I bake because I enjoy it and I like experimenting with different things. I was inspired by my mother and grandmother as they both love baking and every birthday we have three cakes - one made by my mum, one made by my grandma and one made by me.

PlumSpringyKitten - “What is your worst baking disaster?”

Once I baked some cupcakes for my classmates and I put them in the fridge. Unfortunately, my mum had put some fish in the fridge as well so when my friends tried the cakes, they had to spit them out as they tasted of fish.

CrimsonVanillaTailor - “What is the trickiest bake you have ever done? (It doesn't have to be from Junior Bake Off)”.

It is from the Junior Bake Off! it has to be the meringue en bouche - I had made meringue a few times before but it had never been successful and I was not that good at piping! I’ve had lots of practice now though.

FireOpalLeapingTomato - “Was it fun being on Bake Off and did anything funny happen that didn't appear on TV?”

It was a lot of fun being on Bake Off. The funniest thing happened in the final when Alyth and I were making mini pizzas out of the extra dough from our signature bakes. We were spinning the pizza doughs on our fingers and seeing who’s could last the longest without breaking their dough. Then Sam and Mark joined in and they were throwing the pizza dough across the Bake Off tent!

BlueVioletMusicalAnteater - “What was your favourite bake to make?”

My favourite bake has to be the puff pastry pin wheels because I really like working with pastry and I had made something like that before with my mum, so it was nice to make them again and get more ideas for the future.

BlackSportyOrka - “How did you feel when you arrived in the tent?”

I was really amazed as I didn’t realise it would be the actual tent from Great British Bake Off. It was amazing to have all the bowls and equipment to use. It was a bakers paradise.

EmeraldTerribleGadget - “What is next for you?”

I’m going to carry on baking loads and loads and practising new skills. I will probably try to make eclairs or some bread sometime.

MustardSquashBobcat - “What advice would you give to a new baker?”

At first, just stick to one recipe and keep practising that. As you get used to things, then you can elaborate and express yourself with different things and try new flavour combinations.

PinkCleverDaffodil - “If you could teach anyone to bake, who would it be and why?”

ApricotPopularPear - “Hi I love your show! What are Sam and Mark like as presenters? I think there fab and also funny.”

They are really funny and they come up with cheeky things sometimes. They’re really good fun, especially when you’re under pressure to bake, it’s really good to have them there.

I’d like to try some bread or some other styles of baking such as cheesecakes or meringues, maybe even things i’ve made in the show and try and get better at them.

LimeSmilingConker - “What is it like when you open the oven and the cameras peer inside?”

It’s really cool when you’re opening the oven and seeing what your bake is like, but there’s quite a lot of pressure when all the cameras are around and watching what you do. But it’s cool because you never thought you’d get to experience something like that. 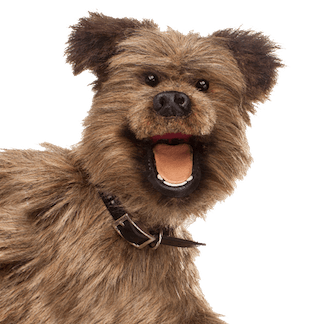