Supermarkets have to make sure they don't sell alcohol to under 18s - but are they going too far?

In the UK, you have to be 18 or over to buy alcohol. But many retailers now operate a 'Challenge 25' policy, which means even if you are over 18 but look under 25, you should expect to be asked for some form of proof of age. It's an attempt to cut down on the sale of alcohol to those who are underage. 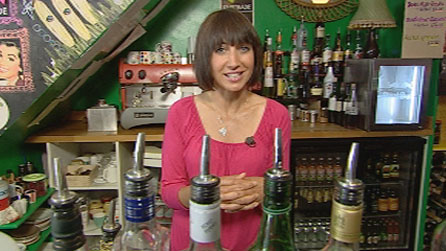 Lucy Owen photographed behind a bar

But 31-year-old Helen Martin and 29-year-old Becky Kelly are fed up of being asked to prove their age whenever they buy alcohol at the supermarket. Helen doesn't drive and so the only proof of ID she has would be her passport and she's reluctant to carry it around with her all the time.

Becky thinks that supermarkets should show some common sense when asking for ID. She was recently asked for some proof of age when she was out shopping for a Sunday meal with her sister. She says that she wouldn't be buying an expensive bottle of wine "if I was 17 years old and my aim was to go to the park to get drunk."

According to the law not only is it illegal to sell alcohol to anyone under 18, it's also illegal for an adult to buy, or attempt to buy, alcohol on behalf of someone under 18. But are the supermarkets taking this part of the law to the extreme?

62-year-old Peter Sheldon from Swansea thinks so. He was out buying some gifts with his young son Jamie and he had asked his son to help him by carrying some alcohol to the checkout. 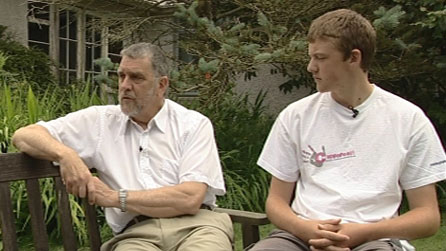 Peter Sheldon and his son

He was outraged and humiliated when the supermarket refused to sell him the alcohol because they thought it was for Jamie, even though Peter repeatedly assured them that it wasn't. He feels that in his case the supermarket were "being totally over zealous and totally missing the point of what they're trying to achieve."

There are quite hefty penalties for shops or bars caught selling alcohol to someone underage. But it goes one step further than that - the person actually selling the alcohol also faces an on-the-spot £80 fine. And it's Trading Standards' job to check that shops stick to the law.

Helen Picton from Trading Standards is the spokesperson in Wales for age restricted products. She believes that it's not always easy to tell someone's age and, because shops selling alcohol are worried about the huge fines, they can err on the side of caution.

All the supermarkets tell us they take their responsibilities in selling alcohol very seriously. Both Asda and Sainsbury's say they moved from a Challenge 21 to a Challenge 25 policy to make it easier for their assistants, and to prevent alcohol being passed to under 18s.

Have you been challenged over your age when buying supermarket alcohol? We want to hear about your experiences and whether you think 'Challenge 25' is a good idea or not.

Welcome to the latest news from BBC Wales X-Ray. Chat about the programme, get all the latest X-Ray news and behind-the-scenes info and find out when we're next on.

You can stay up to date with X-Ray via these feeds.