This week X-Ray investigates the world of driving instruction and discovers the pitfalls that can lie in wait for both learner drivers and learner instructors. 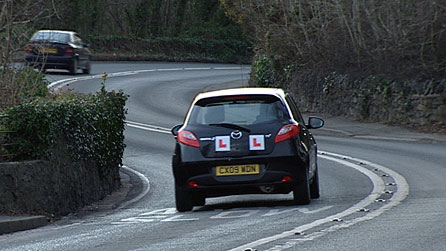 When Brandon Thorpe from Aberbargoed, near Caerphilly, turned 17 in October 2008 his father Michael decided to book him some driving lessons for his birthday.

He phoned a company called Surepass and signed up Brandon for 30 hours of tuition at a cost of £590. After paying a deposit of £125 he says he was told he could pay the balance to the driving instructor at the first lesson.

The cheque - made payable to Mr Arnold - was handed over, but after two lessons Arnold began to cancel lessons and refused to book any more until Brandon passed his theory test.

Brandon followed his advice and after passing his theory test, he tried to contact Mr Arnold to book more driving lessons, but to no avail.

"He just wouldn't get in touch with me," said Brandon. "I was texting him, phoning him - nothing."

After weeks of ringing, Mr Thorpe contacted Surepass and demanded another instructor or his money back.

Surepass told him that because he had paid the balance directly to Mr Arnold it was a personal arrangement. They were no longer responsible, they said, and therefore unable to refund the money.

When X-Ray contacted the Driving Standards Agency, the body that regulates driving instructors, about Gareth Arnold it transpired that Mr Arnold's registration as a trainee driving instructor had expired in August 2008.

This meant that when he had given Brandon tuition, Gareth Arnold had not been entitled to give instruction for payment. 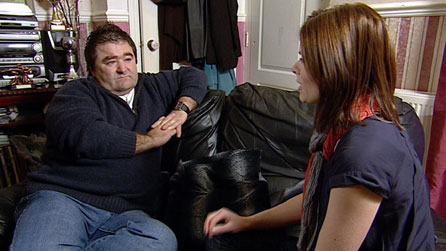 When approached by X-Ray, Surepass admitted that giving Mr Arnold's details to the Thorpes had been "a serious error". The firm offered an unreserved apology and said it would be giving the Thorpes a full refund of almost £600.

X-Ray understands that Mr Arnold was experiencing financial difficulties with Surepass, which has retrieved the driving school car it had leased to him.

And training to be a driving instructor can be just as problematic, as Bruce Boe, a former RAF training school manager from Anglesey discovered.

After retiring he was inspired by a TV advertisement to top up his pension by learning to become a driving instructor, so he signed up with RED Instructor Training.

Mr Boe arranged a meeting with a RED sales representative and was told he could be trained, locally, within 16 weeks, and once trained he could become a RED driving school franchisee.

This would mean paying the company £175 a week, for which they would supply a car, insurance and an unlimited number of pupils. 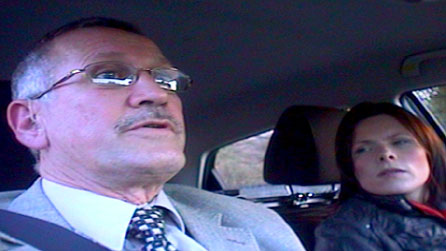 To help him complete his training RED, offered to arrange a loan to pay for it - at a cost of £3,700 over four years, with nothing to pay in the first year.

As it turned out, Mr Boe's training was split into sessions over a minimum of eight months, and he learned he would have to travel to the sessions, driving a round trip of 150 miles from his Anglesey home to Ellesmere Port in Cheshire.

Sixteen months after signing up, Mr Boe met with another RED representative. Now suspicious, he secretly recorded the meeting on a dictaphone.

To his shock he was told that working for RED would be on totally different terms to those he'd expected. As a trainee instructor, he would be paying £275 a week, not £175 as he'd believed, and RED would not be finding him unlimited pupils.

"I was promised this, that and the other. Everything I was promised has not happened. And I don't think they should be allowed to do it."

When X-Ray contacted RED's parent company, Lansdowne Venture Group (LVG), it said it takes all complaints seriously but as Mr Boe had not made a formal complaint, it had not had a chance resolve his concerns.

The company denied its sales methods were misleading and said it did fulfil its training obligations. LVG said the majority of its clients rated their training as "good" or "exceptional" and added it would investigate the content of Mr Boe's recording.

Since X-Ray's investigation into Mr Boe's case, LVG has gone into administration.

X-Ray asked Neil Evans of the Driving Instructor Association in Wales for advice on how to find out whether a driving instructor is genuine or not.

"Clear things to look for on the badge are the reference number and also the date."

If in doubt, Mr Evans also recommended contacting the Driving Standards Agency to check the validity of the badge number.

Welcome to the latest news from BBC Wales X-Ray. Chat about the programme, get all the latest X-Ray news and behind-the-scenes info and find out when we're next on.

You can stay up to date with X-Ray via these feeds.