The US Perspective - 1. Behind the Curtain: The House of Cards Writers' Room

If film is a director’s medium, then television is certainly still very much the writer’s. It’s often said television is going through a golden age at the moment – especially for writers. There are so many fantastic television and online shows which really embrace the authorial voice and don’t shy away from wordiness and complex storylines in their exploration of the human condition. It’s brilliant news for writers because the bar has been set so high, the medium is getting the respect it deserves and it attracts the best talent across the board. Also, with the advent of online, there are increasing outlets to have your work produced.

Whenever I ask writers to list the shows they are excited or inspired by, it’s unavoidable to ignore the dominance of the US. It’s easy to sometimes believe the grass is greener when it comes to work, as a writer. Writing for US productions is often viewed as the holy grail. The salaries, power and environment are seductive and almost mythological in status. So, I decided to ask three US writers to give us a little insight into their lives as writers on three very different shows: Nurse Jackie (a cable show, broadcast in the UK on Sky Atlantic), The Mindy Project (a network show, broadcast in the UK on E4) and House of Cards (an online show, available on Netflix).

I hope it will go some distance to demystify the landscape in the US and really shine a light on the fact that in the end, writing is all about hard work and perseverance – no matter what or where you are writing for.

In other news, I am heading off on maternity leave. Simon Nelson from CBBC is covering my position. He has fantastic production and script editing experience and is a fierce champion of new writing. I know the BBC Writersroom will be brilliantly served by his profound knowledge and insight. 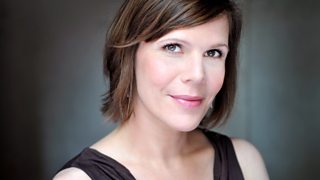 Before I started writing for television, the process mystified me. I’m asked often how TV “works” – how is it written? It was the thing I wondered most before I started work on Netflix’s 'House of Cards'. Every show is unique. But I think hearing how a specific process works in a very brass tacks, step-by-step kind-of way can be helpful. So, here is how we write 'House of Cards'.

A couple of weeks before the room convenes, the six writers on staff get an email from our visionary showrunner Beau Willimon. He gives us an overview of broad storylines he’s thinking about for the season and for our main characters, Frank and Claire Underwood. Each writer also receives a “To Read and Watch” list that includes books, articles, movies and documentaries that helped shaped his thinking or relate to possible storylines yet to be developed. We also watch the whole season, all 13 episodes, and take very specific notes. We dissect each episode, what we liked, what we didn’t, what worked, what didn’t, which we share with the room on the first day back. 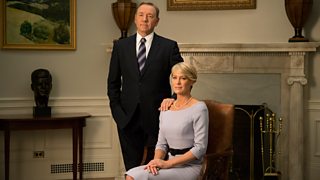 That first day, we talk for a couple of hours about the previous season. Beau and the team try hard not to be precious about anything. The goal is to raise the bar every year and part of the way to do that is to be brutally honest about what worked and what didn’t. The way our timeline works, the previous season won’t be streaming yet. So, we’ll wait and see how the public responds, but our own opinions about our successes and failures help us inform choices as we move forward.

After the season debrief, we look to one wall of the room covered with an empty grid drawn on two huge dry erase boards. Along the left side of the grid are the names of our main characters and the major storylines for the season. Along the top of the grid are the numbers of the episodes, 1 - 13. For the next four weeks, we will work and fill in this grid with information. The major storylines, plot points and essential moments of character development are all noted. Everyone pitches on everything – ideas for every character and storyline. Writers are not assigned a specific character to write. The team will also determine interesting “set pieces” – an anthrax scare that shuts down the capital or a civil war re-enactment are two Season Two examples – and possible stand out/indelible moments for each episode – i.e. SPOILER ALERT Zoe getting pushed in front of the train! So, for seven or eight hours a day, it’s a lot of idea generation, listening and riffing off your colleagues. It can be an incredibly exciting and interesting process, especially if you are lucky enough to be in a room with the kind of remarkable thinkers and writers I get to work with at 'House of Cards'. 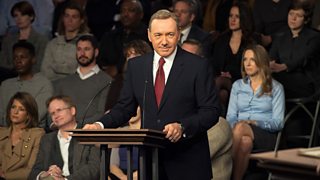 For a month, in conversation led by Beau, we imagine and reimagine the story of the season, filling things in the grid, erasing them and putting up better ideas. We all continue to watch and read and explore as much as we can that might be helpful in our story development. Each writer is assigned several newspapers, magazines or blogs to read daily and bring in stories of interest or that might help spark ideas in addition to usually reading a relevant book (or two or three) going at the same time. We also have a fantastic political consultant as well as the many experts we speak to (experts in government, the law, journalism, international relations and many other fields) who all help us shape and vet story.

After four to five weeks, we have enough information to begin the “season bible”. This bible is a prose version of the grid, expanded and developed another step in terms of specificity. The team works together, all tackling different parts assigned by Beau who also writes key parts of the document. Our season bible consists of a mission statement (AKA the guiding want and/or need) for our leads, a description of the story arcs for each of our major characters and all narrative threads over the whole 13 episode season and a brief bullet-point breakdown of events, actions and key character development for each episode.

This document takes about two weeks to write. In comes in around fifty pages. It is sent out to collaborators (producers, executives, consultants, etc.) Beau hears the response and decides what feedback speaks to him. We then incorporate those changes into the bible and generate new, better material as well. Generally a third to one half of the first pass at the bible is thrown out and rewritten. This second pass becomes the document we work off for the rest of the season. 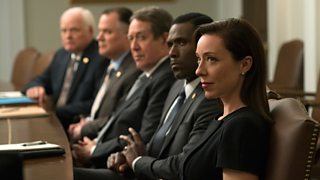 I will digress here to note, though, the bible IS an essential document but 'House of Cards' continues to evolve. Beau is open to incorporating surprises and better ideas during production. This is true in small ways, line changes, locations changes, action reimaged, but also in large ways. For example, sometimes an actor brings a character to life so vividly; the writers want to expand their role in the season. That was true of Corey Stoll who played Peter Russo in Season One. His role was only supposed to have a two or three episode arc. But Beau loved his work and figured out a way to bring him back that felt, in the end, inevitable, as though it has been constructed that way all along.

Once the bible is approved, “breaking” of individual episodes begins. This process is pretty typical of many hour-long dramas. We turn our backs to the grid and face the opposite wall. It has four huge empty corkboards on them. The first thing we do is put up colored 3 x 5 index cards (different colors for different characters or storylines) that chart each “beat” – each important story moment, often a scene – of that episode as outlined/described in the bible.

As a group, in conversation lead by Beau, we then pitch ideas to strengthen and flesh out that episode. We write new index cards to replace the old as the episode takes shape. We vet the work as we go along, trying to make the show ever smarter, better, more surprising. To that end, we tear up a lot of cards. After about a week or a week and a half, we have around 30 to 35 beats or scenes we really at least like and hopefully love. 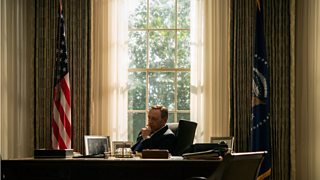 We then move to the “white card” phase. This is where we place a white card with a very specific description of what happens in the beat or scene. Each colored card will get at least one and sometimes as many as three filled white index cards placed under them. The content of these cards is also worked out with the group all pitching ideas. Ultimately, Beau decides what gets the green light.

Once Beau has approved the carded, broken episode, the writers move to an outline. At 'House of Cards', the writing staff writes the outline collectively, sometimes one person taking a story thread, sometimes just taking a certain number of cards. We all write in the same document. The outline is a prose version of the carded episode taken to the next level of detail, writers conceiving scenes very specifically (and pitching ideas in the process that may or may not end up in the final outline). Once the outline is completed, all the writers go through it, making changes as a group until we have a document the six of us feel is ready for Beau to evaluate.

Beau then reworks the outline until it meets his approval. That approved outline is then handed to one writer who will write the whole draft by themselves. They will have two weeks to complete a first draft. After that, they will meet and get notes from Beau and have a week to do a rewrite. Beau then does a final unifying pass of the script before it goes to production.

Once the outline is done and the scriptwriter is off “on episode”, the rest of the writing team moves on and breaks the next episode. This process happens a total of thirteen times.

There is much more to say about the experience of generating the work, the dynamics of a writers’ room and the writers role in production but I hope this is an interesting peep behind the curtain at 'House of Cards'. 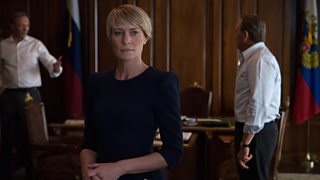 Laura Eason is a playwright and story editor on the Netflix show, House of Cards (Writers Guild of America nomination for outstanding writing in a drama series.)

The US Perspective - 2. Nurse Jackie