In December 2014 I was awarded the 2nd biennial Wales Drama Award, a prize set up by National Theatre Wales, BBC Cymru Wales and BBC Writersroom. The Award was launched to give voices in Wales an opportunity to be heard and for new and established writers, a platform to compete on.

Originally from Dagenham in Essex, I lugged all my stuff down the M4 and crossed the bridge to move to Wales in 2007. Having done the first two years of my Performing Arts degree in Southend on Sea I decided I wanted a change for my final year and moved to Swansea. Despite the distinct lack of arcades and Donkey Derby games in Swansea, it wasn’t too different to Southend, but stole my heart nonetheless. After graduating in 2008, I decided to stay but wasn’t too sure what I wanted to do. I had always wanted to be an actor, touring the world performing in classics, but that wasn’t true anymore. Even though I didn’t believe I was ‘clever’ enough to, I knew I wanted to be a writer. With a lack of writing experience; other than bits we’d done at university, I started to put my time and energy into learning the basics, whilst earning money from bar work and in a local betting shop. 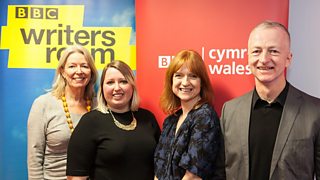 I knew of Sherman Cymru by reputation, a friend of mine was on their advanced writers programme. I suppose this was really where it all began for me. I joined their community drama group in Cardiff and this led to me joining their Young Writers Programme and various other writing initiatives to further hone my craft and develop my voice. I began submitting my work for script slams and scratch events. The buzz of hearing your work for the first time is something I will never forget. I continued to put my work out there and in 2010 I got involved with National Theatre Wales TEAM, setting up my own writing event focussing on performing short plays in unusual locations. The support I received from TEAM was wonderful, I was able to go in and talk to them about my work, take part in their training opportunities and was offered mentorship with playwright Tim Price.

In April 2013 I was offered a place on National Theatre Wales’ Summercamp which led to me making the choice to leave my full time job so I could focus solely on my writing career. It was at Summercamp that I made the beginning of my solo show ‘The Drowned Girl’, which premiered at The Yard Theatre, Hackney early last year. Over the last few years I have worked with and for National Theatre Wales, Sherman Cymru and Dirty Protest as well as, most recently, being mentored by playwright (and former Wales Drama Award winner) Kath Chandler. The risk of leaving my job was one that I was glad I had taken, it meant I had the luxury of focusing on making and writing. 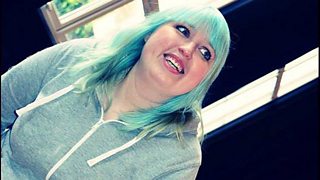 I had applied for the Wales Drama Award the first time round. I was under no illusion that I would win, I just wanted to submit something to see what submitting for competitions was like. I think the piece I submitted was something that I wasn’t really sure about, it didn’t feel ready. There was no doubt in my mind that I would apply again the next time it came round. The difference was this time I felt I was more developed as a writer, both in technique and confidence.

Originally I was going to submit something else, a play that was half written at the time the award was launched, but there was something not right about it. I attended the talk in the Sherman about the award by John McGrath (National Theatre Wales) and Abigail Gonda (BBC Writersroom), it was during that talk that ‘Tammy’ surfaced. In a run-down of hints and tips it was said that ‘You should write the story that only you could write now, if these were your last pages what would you want to say?’ I am incredibly visual when I work, often I have a scene pop up in my head and watch it play out before beginning to dissect what it was really all about. For the rest of the talk ‘Tammy’ was playing out in my head. I walked home and knew this was the story I wanted to and had to write now.

'Tammy' is a play about sexuality. It’s about the non-discussion of things considered taboo in society and how that can tear a family apart. It focusses on the relationship between a mother, two daughters and how Jackie’s (Mother) fear of the rug that holds all the family secrets being pulled back drives her mad and forces a wedge between her and her daughters. It’s like a Pandora’s Box, Jackie doesn’t want to start talking about Tammy’s sexuality because she worries what else she will have to start talking about. There’s a focus on sound and text in the script and a constant drip that builds tension in the play to the climax point.

There are many reasons that I wrote the play, the main one being that I'd always wanted to write a play about sexuality inspired by my experience of growing up gay in Dagenham. It was important for me that the play wasn’t focussed on Tammy facing problems accepting her own sexuality but the world and people around her refusing to accept it.

Since winning, there have been some really exciting things happen. I am currently developing a script with BBC Wales and have a seed commission from NTW. There will be a rehearsed reading of ‘Tammy’ in spring in partnership with Sherman Cymru and NTW. The award has given me the step to the next level, it’s given me time and freedom to write and not have to worry about other stuff. It’s been lovely to be recognised for my work and I am so thankful for the opportunities it has brought and will bring in the future. The only advice I can give is to work hard and don’t worry if you’re not ‘clever’ enough to write, you ain't got to be clever, just passionate and able to tell the stories that are bursting to be told.

Find out more about the Wales Drama Award

Creating and writing 'Eve' for CBBC

Adapting JK Rowling's 'The Casual Vacancy' for BBC One