What’s in store for audiences during Series Two of Keeping Faith?

We pick up with Faith and her family 18 months after the end of the first series. Many things are left to be resolved and Faith faces huge new challenges. Like series one, the series is intimate, emotionally wrenching and tests Faith to her limits.

When you were planning out and writing Series One of Keeping Faith did you ever imagine it would get to a second series, going straight to BBC One network (UK-wide)?

I was simply focused on writing the best show I could. I have been writing long enough to know that if scripts are good enough and that if as a writer you have a strong and clear enough vision that isn’t too worn away by the editing process that you stand a chance of getting a decent audience. I wrote TV for twelve years before leaving the medium in 2007 to write novels after creating and writing a series that got substantially altered in the editorial and production process. The original vision wasn’t respected and it went the wrong way. I was determined that would never happen again, so I was writing Keeping Faith from a fairly uncompromising position. I feel that if you want to succeed in reaching an audience you have to be entirely truthful as a writer, which means paying no attention to your ambitions for the show as you write. Just write a script you can back whole-heartedly – that’s all you can do.

Watch the trailer for Series Two of Keeping Faith

How do you approach a second series, when the first series was so successful? Does the expectation add to the pressure?

I had planned the second series and done much of the writing before the first series lifted off on iPlayer, so there wasn’t a great pressure of expectation at the most important stage of the process, which is planning the story.

Life also threw a curve ball in the form of my wife having (thankfully successful) treatment for breast cancer throughout last year. That put everything in perspective and also, inevitably, influenced the writing. Keeping Faith is above all an intimate show that deals with the struggles and pains of everyday people in everyday life. I kept focused on that.

Did you do anything differently during this series?

The writing for series one took place over three years. Series two was written in less than a year. The process had to be accelerated. There was also the fact that series two was destined for BBC One and this means more people having opinions on the script. Perhaps the biggest challenge you face as a writer for television is which notes to adopt, which to resist and which to negotiate. There is no easy path through all that, you just do your best. 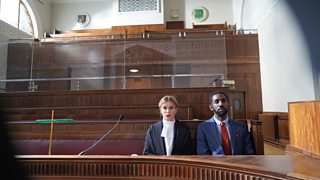 What do you think were the magic ingredients of the success of Series One which made it the most popular non-network show ever on BBC iPlayer?

I always wanted to write a very intimate series that dealt in minute nuances of emotion and which was emotionally complex and layered as well as having a driving thriller. My director/producer Pip Broughton shared this vision completely and so did lead actress, Eve Myles. The result was that the intimacy in the scripts was enhanced in performance and production and managed to touch the audience.

My way of writing is to ensure that there is a narrative with plenty of twists and turns and then to write dialogue as sparsely as I can in order to give actors and the director maximum freedom to explore the emotion of the scene. This hopefully results in subtle performances and lots of emotional gear changes. Without Pip and Eve completely embracing this vision the show would not have worked as it did.

Watch an introduction to Series 2 of Keeping Faith

What did the show gain from its move to BBC One across the UK?

BBC One has given the show great exposure and backing. This is in turn raises its profile internationally. So it adds rocket-fuel which is terrific for the production as a whole.

It’s also been great for Welsh drama. We intended to make a show set in a small Welsh village with universal themes (Fargo was one of my great inspirations). BBC One’s backing means that vision and ambition has been respected and it’s help cast off any sense that drama made in Wales (or Scotland or Norther Ireland) is aimed principally at a local audience. 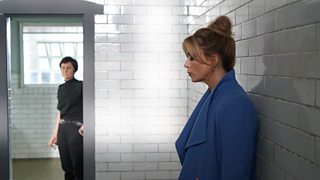 Do you think we’ll get a Series Three?

I very much hope so …

Has Keeping Faith’s success opened up more opportunities for you? What else are you working on?

Yes, TV is like that. When you have one success there is a window of opportunity to develop other projects. I am working on a few new series developments and trying to finish the last re-writes on a novel which comes out next year.

Could you ever see yourself moving towards more of a ‘showrunner’ position? Do you think that works in the British system?

I feel that I am principally a novelist who also writes television. I am by temperament a loner and like to work by myself talking occasionally to producers and script editors. Working with a team of writers is not for me but it suits other writers brilliantly. I think some shows are better suited to the team writing model than others but for those I admire the most, they have an incredibly powerful authorial voice at the centre. I like television that has something brand new to say about the world. If you can get a team of writers to agree on a vision that’s terrific, but hard to do. 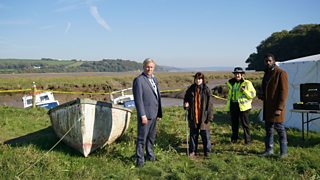 What do you think of the state of the TV drama industry in general right now? Do you think it’s a good time to be a writer compared to when you started out?

TV drama is finally becoming what I hoped it would be when I started out in the late 90s. When broadband came along in 2000 I hoped that within 5 years TV drama would be made for a global audience and broadcast over the internet. It’s taken nearly 20 years but we are now in the wonderful position of being able to make shows which work on a more heightened level – closer to novels or movies – for an international audience. The growth of streaming services has turbo-charged the industry and raised standards across the board. It’s a thrilling time to be a writer and I feel hugely privileged to be involved at this time.

Watch an interview with Matthew Hall from our TV Writers' Festival

The Importance of Lead Characters