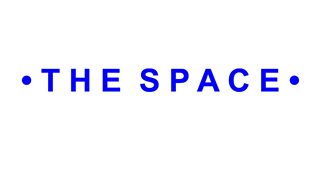 BBC Writersroom and The Space are delighted to announce that National Theatre Wales (NTW) is the first winner of a new, biennial £20, 000 digital theatre award – The Space Prize – a collaboration between organisations encouraging theatres across the United Kingdom to create a unique theatrical experience that will be shown on The Space website. The announcement was delivered last night, Sunday 10 August 2014, by BBC New Writing Creative Director Kate Rowland at ‘Think Big’ held in Kings Hall, Edinburgh.

Against the backdrop of the event exploring big new theatre ideas with leading directors, writers, programmers and funders, Kate Rowland praised National Theatre Wales and the 57 other high quality submissions that came in from all across the United Kingdom – including England, Northern Ireland, Scotland and Wales, as well as some international theatre companies from Brazil, Australia and the United States - for their bold creativity. The judges for the competition were The Space CEO Ruth Mackenzie, BBC Writersroom’s Kate Rowland, and Film and Theatre Director Stephen Daldry.

The prize was given to National Theatre Wales’ project Border Games, the development of which is being led by artists John Norton and Matthew Wright. The project’s idea is to create an immersive theatre-gaming experience of two halves - in the live version, the audience will attempt, illegally, to cross a closely guarded border between England and Wales. Simultaneously, an online version will allow a second audience to interact with the live experience, and even make decisions on their fate. This ambitious production will combine elements of the real UK Citizenship test with game play, theatre and absurdity. 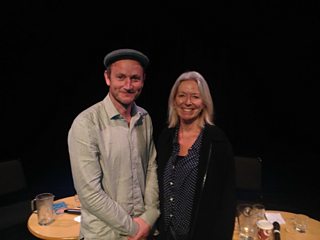 John Norton and Kate Rowland at The Spaze Prize announcement.

Research and Development work will commence on Border Games from Monday 11 August 2014 with further details about the project to be released in September.

"We’re delighted to hear that NTW has been selected for The Space Prize. Since the foundation of the company in 2009, digital space has been a key arena for us, and some of our best work has grown out of the interactions of site specific and digital theatre. The Space Prize gives us an opportunity to take this work a step further with Border Games - a playful piece about a serious issue, in which real world and digital dramas interact with each other in dynamic and disturbing ways.  We are also delighted through this award to be developing our fruitful relationship with BBC Writersroom - it’s great that the BBC are helping us to explore new ways to tell today’s stories."

Here's what the judges had to say:

Ruth Mackenzie, Launch Director, The Space, said:
“It is amazing how quickly NTW has established itself as a leader of theatrical innovation, all over the Welsh landscape, all over the world through its programme of international partnerships and in the digital domain. Their work is bold, risky, surprising and unforgettable - this winning project is likely to be all of this and more.”

Kate Rowland, Creative Director, BBC New Writing said:
“We were seeking the immersive, the imaginative and the innovative and that’s just what Border Games has given us. NTW has yet again pushed the boundaries of storytelling and created an idea that compels everyone to stand up and take notice.”

Stephen Daldry, Film and Theatre Director, said:
“Provocative, ambitious, relevant. Border Games is a smart idea and the stand out winner of The Space Prize. I applaud their daring.”

Find out more about The Space here.