Wouldn’t it be nice to give uncredited but super talented, funny writers in the nations more opportunities to have their work developed properly with a bit of time and expertise? Yes, but not unless they actually win a commission and a transmission at the end of it. This was the general patter when I met with Radio Ulster Station Manager Jackie Neill, over a year ago. We had a bun each, and a plan; Short Stories for Grown Ups. And I had a second bun.

Luckily for us, and the writers, Angela Galvin is the BBC Writersroom Development Producer in Scotland. She leaned in too and this lovely little funny series was born on both sides of the Irish Sea. The plan: give a happy handful of comedy writers a shot at pitching a “contemporary, short, monologue, two hander or sitcom pilot”. Build a world for us, with original and compelling characters and we’ll make six little stories for the radio together. Angela took care of the fantastic Scottish trio (find out more and listen now) and I looked after our three.

To make sure we were on the right track we brought a longish short list of writers into the BBC to hear from the experts and get a pastry or baked carbs of some kind. Steve Canny, the very experienced BBC Comedy Exec Producer and Michael Shannon, who produced the series, ran a fantastic workshop about writing good radio comedy with the writers receiving feedback on their proposals.

After some debate and a quick wrestle, our three writers were chosen and rose to the challenge of creating their original radio comedy script like a muffin top at gas mark 5. Matthew McDevitt, Leesa Harker and Stephen G. Large; devoted, funny creatives all, who worked diligently with Michael Shannon and ourselves rewriting, polishing and properly developing their three worlds, their pilots and their Short Stories for Grown Ups.

Thank you to the three writers for committing to this process and for being a total joy to work with. I couldn’t be prouder of Leesa for creating warm, funny, authentic friends and a piece with genuine heart, Stephen for the ambition and craft to write a piece about a man losing an argument with himself and Matthew for nailing the exasperating relationship between father and son, so well drawn that the great Conleth Hill wanted to play one of them. Thanks to all the performers and the continually elevating goodwill towards new comedy writing we’re supporting. Thank you to Michael Shannon for his expertise, hard work and good humour and thanks to Radio Ulster and Jackie for the opportunity and the commission. Mighty Oaks from small and beautifully formed acorns and all that. More please.

We all hope you enjoy all six of them: 22:03 every Tuesday night from the 7th of August on Radio Ulster and iPlayer Radio. 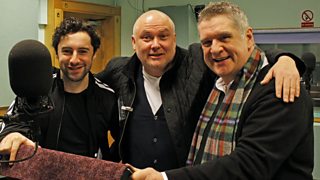 Lock In by Matthew McDevitt, starring Conleth Hill as Noel, Thomas Finnegan as Rory, and Dan Gordon as Morris.

Writers need parameters like slippery watery beasts need wet stuff. Being told you can write whatever you like will only lead to staring frightened at a blank page, cheeks moist with tears of frustration. Cue delight when I learnt I had the opportunity to tell a story, that had to be funny, using only audio and all within 15 tight minutes. Luckily a decade and a half of bar work, ranging from Turner Prize closing parties to actual barn dances, had unknowingly allowed a 50 something pub landlord character, with a fluid moral compass, to grow inside my head. I decided to give him a son reluctantly tasked with taking over the failing family business and incarcerate him. Not having been to prison yet, I had to use my imagination for this part. 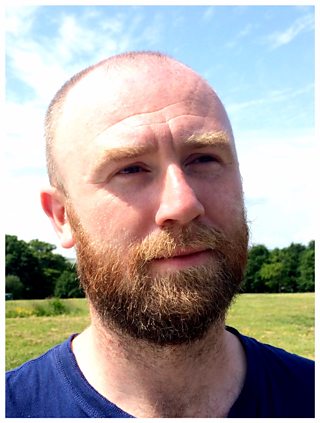 Radio Comedy has, possibly, apparently, the straightest line between what is written and what gets broadcast of any medium. Unusual freedom for any writer to have. The only downside is you have no one to blame if the material doesn't land. Luckily I had Keith Martin and Michael Shannon, giving me great notes that showed they really cared about these characters and made me question what I really knew about them myself. My occasional lapses into cliché and cartoon were politely nudged back into the (much preferable) direction of nuance and character by them both, allowing me to get over the line with a script I was proud of. That's the bit where the writer clocks out and crosses as many fingers as they own that it doesn't go wrong after that. The finished article with performances from Conleth Hill, Thomas Finnegan and Dan Gordon almost led to my formation of the Church of Latter Day Finger Crossed Saints such was my childlike joy at hearing the characters come alive by actors that talented.

So if you want to write, find a blank page, choose some parameters (the medieval slasher musical is a previously untapped genre for example) and wait for whatever characters have been quietly growing in some back compartment of your head to spill out and fill up that no longer blank page. 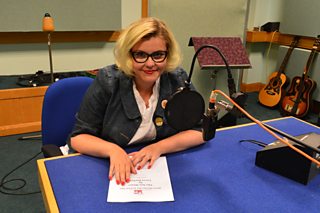 The Not Mums by Leesa Harker starring Tara Lynn O’Neill as Tanya, Roísín Gallagher as Izzy and Abigail McGibbon as Kate.

Leesa Harker – Writing The Not Mums

When I was asked to submit an idea to the BBC Writersroom for a radio comedy pilot, it wasn’t just a lightbulb moment - we’re talking floodlights at an old firm match kind of moment! I’d had an idea bubbling away in my ‘great idea for a comedy’ mind vault for quite a while. Once written into a short treatment, I submitted and waited.

Nails were bitten, self-doubt was rife. But then... a green light. I was on to my first draft. This, for me, is my favourite part of writing. I just pour it all out like a big sexy joke vomit. Editing is not my friend. The notes that came back from the producers were excellent though and helped with story and structure. 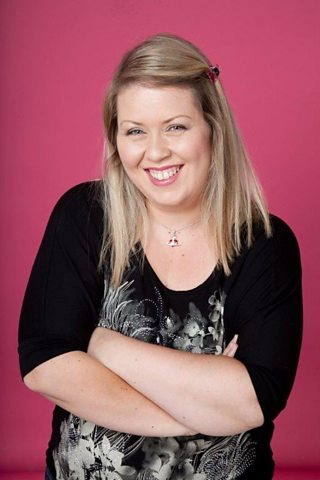 I went on a workshop at the BBC offices in Belfast with Keith Martin, Steve Canny and Michael Shannon. I had imagined us writers would be eyeing each other suspiciously whilst holding hands over our work. But it wasn’t like that at all! It was actually great fun. We listened to a few snippets from current and past radio comedies and discussed them. Or dissected them, some would say.

To have this opportunity to listen to BBC producers explain what works and what doesn’t work - was invaluable. Shortly after that, the final draft was in and it was on to recording.

To see (or hear in this case) the end result, that has had many hands on it to get it there, but came from a little internal joke in my mind that grew and grew, is just...amazing! I’ve enjoyed every minute of it. 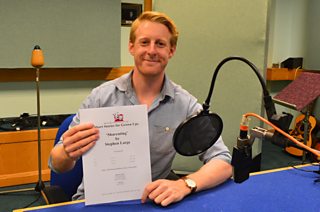 How did ‘Sharenting’ come about? I heard there was an opportunity with BBC Writersroom to pitch a one page fifteen minute sitcom idea for a new project designed to give writers a break on local radio. I jumped at the chance.

Something I had been mulling over for a while was the possibility of writing a sitcom about modern parenting and all its trials and tribulations. Being a Dad to three daughters aged 9, 6 and 3, I sure as hell had an abundance of material. 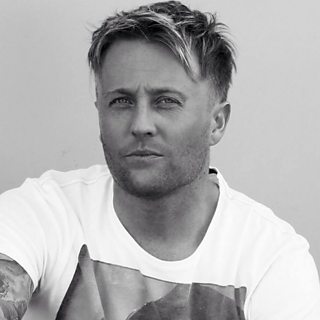 After submitting my initial treatment for the idea, I was then invited to a BBC workshop along with several other shortlisted writers. On the day, we did a crash course in writing for radio and spoke to experienced Radio Producer and Executive Producer Steve Canny. I went away and tried to implement all the disciplines I’d learnt about into my script and thankfully, after a lot of scrutiny and drafts, I was fortunate enough to make the final three whose work was selected for production.

Both Keith Martin from BBC Writersroom and Michael Shannon of BBC Radio Ulster provided unwavering support throughout the production process. I have to say they were ridiculously patient with me as I stumbled like a blind-folded pissed toddler over the finish line of what was my first radio sitcom pilot. I’d also like to praise the acting talents of Michael Patrick and Diona Doherty for bringing the words to life.

And finally, a thank you to BBC Writersroom for taking a punt on little old moi!