So, I’m sitting in a room filled with soap-writing royalty. I’ve got Daran Little on one side, Carey Andrews on the other and a little way down the table is Rob Gittins. Across the table, Sean O’Connor, is waiting for me to pitch my ideas for my first episode of EastEnders. No pressure then.

Nope, not an anxiety dream, but my new job as a commissioned writer on one of the biggest shows on the BBC. I was one of eight writers selected for the EastEnders Shadow Scheme in 2016 (here's a blog about that from Lee Sutton).

Since then I’ve written my first ‘proper’ episode and am currently working on my second. 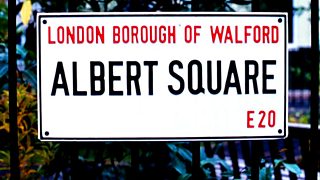 The road to Albert Square

When you’re a brand new writer, trying to get something, anything, off the ground seems pretty daunting. My biggest piece of advice is to try a bit of DIY – do it yourself. That idea you’ve got burning inside – can it be turned into a webseries that showcases your ability to write on-going episodes, develop characters and write to cliff-hangers - all essential skills for TV writers.

My route into writing television was via short films, a stage play and webseries. My first short was produced in 2012, and my play followed hot on its heels. In 2013 I wrote and directed a webseries based on the play, 3some (careful when Googling that!) and a publisher picked up the play. That was where things started to gently snowball. I say ‘gently’, because it really was a slow process, more like a snail’s pace than an avalanche. We released the webseries to decent reviews and moderate views. One year on, the awards and festival season kicked in. Suddenly we were being nominated for, and winning, awards and being selected for festivals worldwide. We released the series on multiple platforms and watched the views creep up (across all our platforms we’re currently hovering around the 3.5 million mark). I won the 2014 Indie Series Award for Best Drama Writing, and soon there was press interest too. Then a few job offers came in and I signed to an agent. That made me eligible for the BBC Shadow Schemes… and here we are. 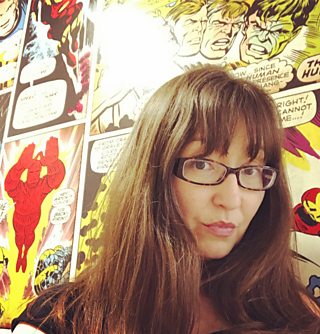 Doing your own work doesn’t need to cost a lot of money – get a group of filmmakers together that are all at the same stage as you and collaborate. Don’t know anyone? Get in touch with local schools, colleges and universities. Find local clubs. Trawl social media. Find your tribe. They’re out there. When we made 3some I worked with a mixed group of students and newcomers to the industry and we shot over weekends. Now most of our crew are out there doing awesome work and getting paid well for it (and we still get together when we can to collaborate for fun). Everyone has to start somewhere and for many people that’s on low budget projects. Bring together a team you trust, who will give you honest feedback, keep you grounded and kick you up the backside when you need it.

But before all that, it’s up to you, as the writer, to bring the script – something collaborators can’t say no to. Write it, write it well and don’t rush it. Yes, you’ll eventually need to learn to turn work around quickly, but your first few projects are not the time to worry about that. Craft your work, and hone it carefully before even thinking about shooting. Find other writers in your peer group to give you notes and listen to what they tell you – you might not agree with the note, but it indicates something hasn’t connected somewhere. If you get the same note more than three times, you’ve got something that needs fixing. If you are lucky enough to get an experienced reader or writer to give you notes – listen carefully to what they say. They’ve been around the block enough times to know how to make your script better.

Watch the official trailer for 3some

With this in mind, write to what you can achieve. If you have no kit, write something you can shoot on a phone camera. If you’ve only got your house to shoot in, set it in your living room. If the script and acting are good enough, it will be compelling regardless. If you want to be a professional screenwriter you will have to write within restrictions and budgets – now’s the time to start. If it fails, that’s fine too. You’ll learn more from your failures than you will your successes. You don’t have to release it if it doesn’t work. Use it as a learning experience and do better next time.

In reality, it’s hard for new writers to get their scripts read, but if you’ve got something tangible to show, especially if that something has festivals and awards attached, it becomes a lot easier to get attention. It’s a big ask for someone to plough through a full length script from a new writer – even the first ten page read is quickly becoming the first couple of pages. But if it’s a four minute web episode they can watch while eating their lunchtime sandwich, it’s a much more reasonable ask. And, of course, you’re going to make your first episode so compelling that they have to watch to the end – aren’t you? And then they’re going to be fired up and request your work.

And here’s the caveat to all this. You MUST have a portfolio of writing ready as a back up before you release your series. I made this mistake in the early days. A few shorts are not enough; you need some solid TV scripts that showcase your best work ready to fire off at a moment’s notice, and some brilliant ideas for pitches in your back pocket. When you’ve got all this together, you’re in a strong position to move forward.

I did it. You can too. It was hard. It still is hard. I still make my own work. I shot a short film over a weekend last month and I’m currently raising finance for a feature film. No matter where my career goes, I can’t imagine giving up that ethos of doing my own thing alongside it, because it’s fun, it’s fulfilling and it means I get to work with my friends. There are no guarantees, but why not do something to give yourself an edge?

So what’s stopping you? See you at the web festivals.