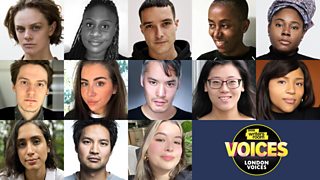 All this week we're announcing the 69 talented emerging writers from across the UK who have taken part in our Voices development programme for 2022. Today it's the turn of the 13 London Voices.

"We’re so pleased to introduce these super talented, passionate writers from London, who we’ve had the pleasure of working with over the last few months. They all delivered brilliant treatments with a diversity of fresh ideas and subject matter across the board. We’re excited to see all the great things they’ll do next!"

Meet them and find out more about them below.

See details of all the Voices writers 2022

Find out more about the Voices programme 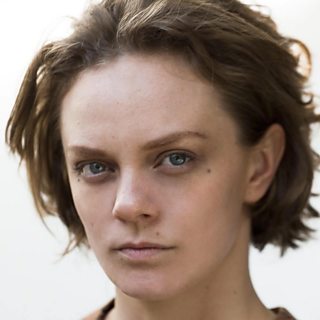 In 2015 she co-founded Brave New Word, a new writing showcase through which she produced and directed 70+ pieces of original theatre and built a community of creatives over its four year life. ​

She is now writing for TV; her screenplay ‘Super Spiritual’, a darkly comic recovery drama about being saved by a two-thousand-year-old genie landed her on the C4 mentorship scheme in 2021 and London Voices 2022. ​

She looks forward to creating more work as an antidote to bewilderment in a chaotic and absurd age.​

Florence is represented by Steven Russell at Collective Talent. 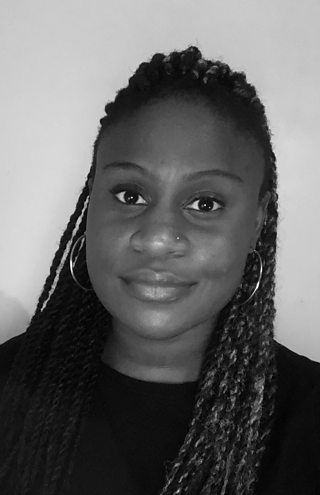 Safaa Benson-Effiom is a playwright and screenwriter from London.​

An alumna of the Soho Theatre Writers’ Lab, her play ‘Til Death Do Us Part’ was shortlisted for the 2019 Tony Craze Award and was one of the finalists for the 2020 Theatre503 International Playwriting Award. The play premiered at Theatre503 in May 2022 and earned Safaa an Offies nomination for Most Promising Playwright.​

Her Play ‘For The Culture’ was longlisted for both the 2021 Women’s Prize for Playwriting and the Theatre Uncut Political Playwriting Award.​

Safaa’s aim with her writing is to gain an understanding of the varied complexities of life from all perspective, no matter how unpopular or unconventional.​ 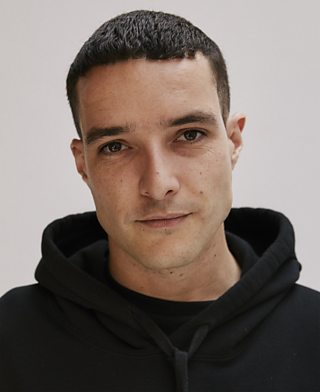 Jason Bradbury is a London-based writer/director. In 2019 he wrote and directed the short film ‘My Sweet Prince’, commissioned by the BBC and BFI which premiered at BFI Flare and was shortlisted for Best of British short at the Iris Prize Festival. His work often explores the themes of home, memory and the search for belonging for LGBTIQ+ people.​

As a director, his films include ‘Isaac and the Ram’ (2020, The Uncertain Kingdom), web series pilot ‘Dirty Laundry’ (2015, Winner of Best UK Pilot at Pilot Light TV Festival) and ‘We Once Were Tide’ (2011, BFI Flare) which has been viewed by over 17.5 million people on YouTube. ​

In 2020, he was one of six emerging filmmakers to be selected for the BAFTA x BFI Flare Mentoring Programme and has attended the Berlinale Talent Campus and Zurich Film Festival Academy. He recently finished the first draft of his debut feature and is developing a scripted drama series. 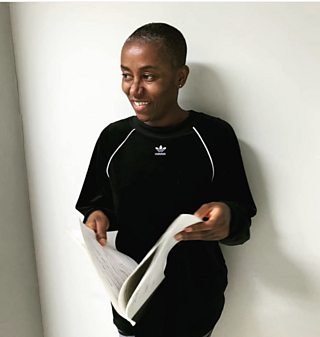 Eva Edo is a screen and stage writer who tells stories which celebrate women and young people. Her work's coloured by her child protection lawyer and mother experience.​

For TV, Eva’s developing a project with Renegade Productions and working on ‘Denial’ an original TV drama. For Film, Eva’s commissioned by Artemisia productions. Her short film ‘Maternal’ reached the finals of the 2022 Pitch Fund and picked up The Lucy Scher Prize.​

For stage, Eva’s writing ‘Cake and Condoms’ for Open Clasp theatre which is co-created with women who support sex workers. In 2020 Eva wrote and performed ‘Tiger Mum’ at VAULT Festival. Also, she won the Royal Society of Literature Matters Award to develop ‘A Mother’s Courage’ where mothers explore youth violent crime. Eva’s debut play ‘Looked After Children’ was shortlisted for the Alfred Fagon Award.​

Outside of writing, Eva's a facilitator at the National Youth Theatre. She’s also an alumna of Writers’ Lab at Soho theatre and the Criterion theatre. Eva is represented by Emily Hickman at The Agency. 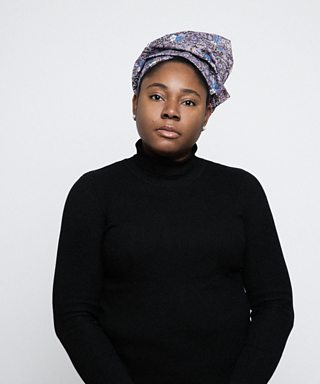 Onyinye Egenti is a writer/director from a scripted background and writes for TV and Film. She is about to direct her first crime drama series for South African streaming service, Showmax. ​

For TV, Onyinye is currently working on an original drama series ‘Talent Nerve’ with support and mentoring from SISTER Pictures. She has two more projects in development, a period/contemporary drama series ‘Lost Queens’, and climate-change inspired series ‘I Will Take the Northern Lights’.​

For Film, her first feature screenplay ‘A Season in Talgarreg’ was selected for MUBI & Wscripted's 2nd Cannes Screenplay List Selection 2022 and featured at the Cannes Film Market’s Producers Network on 17/18 May 2022. It was previously selected for Film London’s Microwave 2017 where she became a semi-finalist, and EIFF’s Talent Lab Connecta in 2019. ​

Her past work has been selected for London Calling Plus 2016 and the TCN Writerslam 2016 where she became a finalist and won a BBC Writers Award, later joining the BBC’s CDS workshop in 2017. She is also a 2013 Berlinale Talent Alumna.​

Onyinye would love to write comedy on demand, but this usually only happens by accident. Currently she is a shadow writer and mentee on Netflix's mythological series in development ‘KAOS’ with SISTER Pictures and Charlie Covell (‘The End of the F***ing World’). ​ 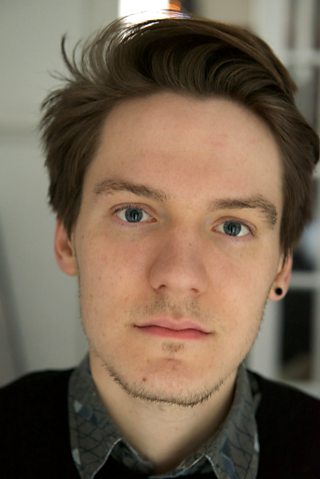 Tim Fraser’s five-star, sellout debut play ‘Candy’ was performed at the King's Head Theatre in 2020 (right before you-know-what), and is coming to the Edinburgh Fringe this August, with a short film adaptation also in development. With animator Sarah Soe, Tim is co-writing ‘Juniper Mae’, a series of illustrated children's books for Flying Eye Books, with the first set to be released next year. ​

He was shortlisted for the BBC Writersroom Drama Room in 2020 and got into the top 100 of entries for the Verity Bargate Award with his play ‘As It Comes’, assisted in the writers room for History Channel's ‘Knightfall’ in 2018, and graduated from the NFTS in 2017 with an MA in Screenwriting. ​

Topics that interest Tim include love, loss and identity. Having grown up a young carer, he often writes about disability and care, and draws from his experiences at a Catholic state school to explore subjects such as guilt, masculinity and authority. Along with his passion for comedy, drama and sci-fi, he would love to write TV for older children and teens. He also likes cats. 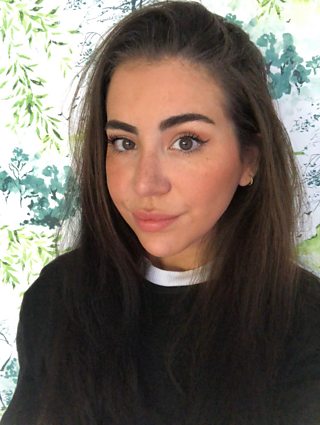 Lucy Goodman is an emerging writer based in London. As a Cystic Fibrosis sufferer she seeks to tell stories based around illness and disability, both visible and non-visible. She wants to change the narrative of how disabled characters are commonly portrayed; subverting the overly sanitised approach, and showing that people with illnesses and disabilities are human beings with flaws, who don't always operate with moral purity.​

Lucy made the shortlist for BBC Writersroom Drama Room 2021. In 2022 she was selected for Channel 4's Screenwriting scheme, where she is currently developing her next script. ​

Recently, she completed the Curtis Brown Creative course with tutor, Colin Teevan. By the end of the year Lucy plans to have directed her first play ‘The Little Yellow Pill’.​ 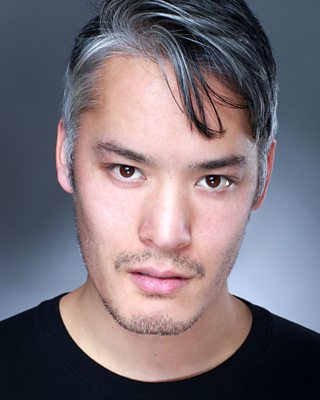 Stephen Hoo is a British-Chinese writer and actor who grew up in Croydon. He studied Theatre at The Brit School before studying Modern & Classical Chinese at SOAS. ​

He then went on to complete an MA in Theatre Lab at RADA. His staged works include: ‘Jamaica Boy’ (Theatre Royal Stratford East), ‘Naked Eyes’ (Tristan Bates Theatre), and ‘YOLO’ (Arts Theatre). ​

He was a member of the Critical Mass programme at the Royal Court Theatre, and of New Earth Theatre Voices.​

Stephen's writing explores themes of displacement, race and sexuality and the diasporic experience. 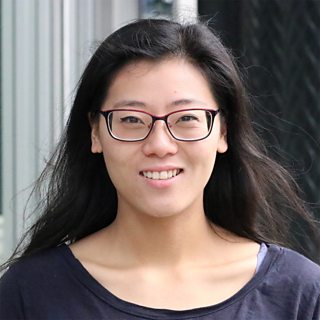 Lao Lee is a British-Chinese playwright and composer. She is currently under commission with New Earth Theatre as part of their Professional Writers Programme. ​

She wrote her first play ‘Roots’ whilst on Soho Theatre Writers' Lab 2018/19, which was long listed for the Tony Craze Award and the Women’s Prize for Playwriting. ​

She was also part of Selladoor’s New Writers Programme and writing groups at the Royal Exchange. Her first musical ‘Spaces’ ran at Camden People’s Theatre in 2017. ​ 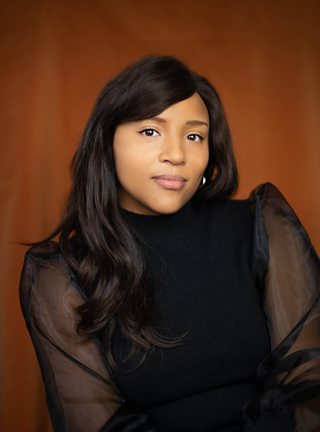 Roberta Livingston is an actor and writer of Caribbean heritage from London. Her writing credits include ‘Bite Your Tongue’ (2017) for Talawa Theatre Company, ‘La Merde’ (2018) for The MonoBox and ‘Hometime’ (2020) for Tamasha Theatre Company's writers’ group. She also wrote her radio play ‘Precious Little Thing’ (2021) for Talawa, feralinc & Radio 4 which led to a BBC Audio Award nomination. ​

Roberta was selected by Sky Arts & Creative England for shortFLIX, their scheme for emerging filmmakers. Roberta is also co-founder of Speaks of Rivers, a theatre collective of black women dedicated to making work for young audiences, she co-wrote their play ‘The Fourteenth Stop’ (2021) which debuted at Upstart Festival hosted by Shoreditch Town Hall and went on to be performed at Camden People's Theatre Sprint Festival and the Arcola's Outside Theatre in Autumn 2021. ​

Recently Roberta just concluded her time with the Almeida's Anthem writers group and currently has a TV series in development. ​

She enjoys writing about Black British womanhood through genres she adores from comedy to supernatural to thriller.​ 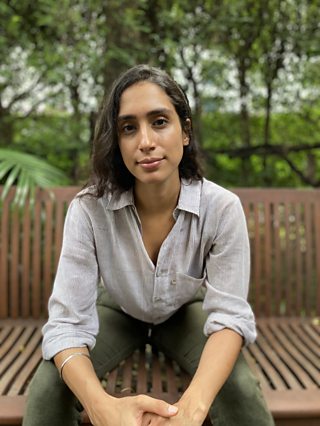 Shaan Sahota is a doctor and writer living in London. She worked in domestic violence advocacy with Southall Black Sisters before re-training as a medic.​

Her first play, ‘The Estate’, deals with a Sikh family in crisis over a disputed inheritance. It was shortlisted for the 2020 Women’s Prize in playwriting and earned her a place on Tamasha’s Writers’ Collective. The play is in development with BBC Drama Studios.​

At the height of the pandemic Shaan was commissioned by The Oxford Playhouse and Tamasha to write ‘Under the Mask’ when her reflections on working in Covid ICU were published by the Guardian. ‘Under the Mask’ is an audio drama in 3D sound, and had a national tour of the UK in summer 2021.​

In 2022 Shaan was seed commissioned by Theatre 45 North to write a new play and is taking part in a Royal Court writers’ group. She is due to start a writing attachment with the National Theatre in April.​ 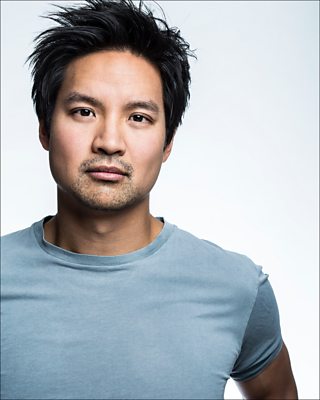 Kevin Shen is an Asian-American and British East Asian actor and writer based in London. His feature screenplay ‘Angel Island’ was selected to the 2021 CAPE List (ten screenplays curated by the Coalition of Asian Pacifics in Entertainment and The Black List), as well as to Dreamago’s Plume & Pellicule workshop in Sierre, Switzerland. ​

His short plays have been produced by Theatre503 and New Earth Theatre. Kevin co-produced and starred in the UK Premiere of David Henry Hwang’s Pulitzer Prize finalist play ‘Yellow Face’ at the National Theatre and works as an actor across stage and screen in the UK and US.​ 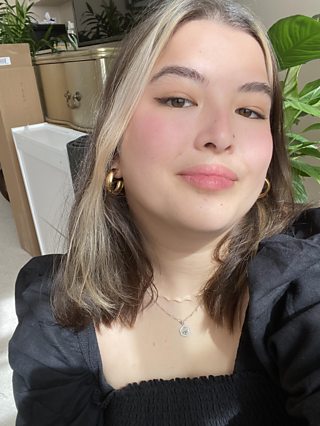 Ava Wong Davies is a writer from London. Her theatre credits include ‘i will still be whole when you rip me in half’ (Bunker Theatre), ‘Half Blue’ (Audible/LAMDA), ‘small hours’ (IF Festival/Oxford Playhouse), and ‘Rime of the Second Sister’ (45North). ​

She is an alumna of the Soho Theatre Writers Lab 18/19, the Bush Theatre Emerging Writers Group 19/20, and the Royal Court Writers Group 20/21. In 2020, her play ‘scum’ was shortlisted for the Verity Bargate and Tony Craze awards, and longlisted for the Women’s Prize for Playwriting. ​

Her first TV project is currently in development with DNA Films and BBC Drama. ​Her play, ‘Graceland’, will premiere at the Royal Court in February 2023.