Thabo Mhlatshwa is the writer behind the first series of MyDG, one-minute shorts which show stories from CBBC's The Dumping Ground from a different point of view. Viewers can also post their comments and get replies from the characters. Thabo explains how he got involved and what he's learnt from the process. 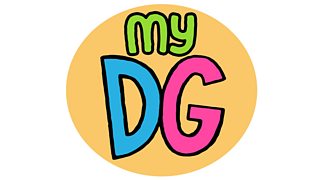 As far back as I can remember, I always wanted to be a storyteller. But having had my lack of directing skills ruin a number of decent short scripts, I finally had the humbling epiphany that maybe I wasn't meant to be the one calling the shots whilst behind the camera. And so I decided to stick to screenwriting - something, I felt, that I was at least passable at. And having had scripts get to the full read-through stage and receive positive feedback in both the comedy and drama script windows of the BBC Writersroom, as well as getting shortlisted, or placing in other writing opportunities I gained confidence that like Craig David, I was ‘Born To Do It’. 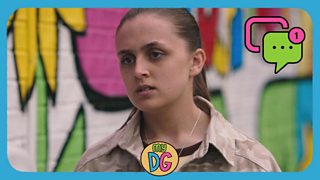 But writing for a kid's show? Nah, surely not me. Which is actually a weird thing for me to say because my work tends to be concerned with the issues that young people face. I love the raw emotions that youngsters display, before society and adulthood gets them to suppress their feelings - they can laugh at the funniest joke anyone has ever told, cry at the saddest story anyone will ever hear and fall in and out of love with their soul mate - and they can do all of that before they’ve had their first mouthful of Corn Flakes. But when I heard about an opportunity to write online content for CBBC’S drama, The Dumping Ground I have to be honest and admit, I was not sure I was the right fit.

At this moment I feel I should bring it back for just a second, and tell you how this opportunity landed on my lap. Sue Needleman - not only is she 'The Dumping Ground’s' casting director but, in another, admittedly lesser-known role, she is also my Ambassador of Quan - I call Sue this every time I see her, despite having my doubts about whether she has ever even seen Jerry Maguire, and even if she has I reckon she does not remember Cuba Gooding Jr's character using that term in it. But calling her that is better than screaming ‘Show me the money’ each time we meet. Anyway, I met Sue through my 9-5, which thankfully happens to be adjacent to the creative industry. I eventually spoke to her about the fact that I'm an aspiring screenwriter, in a genuinely conversational, non thirsty kind of way. Sue, perhaps thanks to my not being pushy, then asked to read one of my scripts. I wasn’t sure she would be a fan but I was wrong. Not only did she love it, but she stuck her neck out by mentioning it to various producer friends of hers, which has led to that project getting an option with Lime Pictures. As I said, she’s my Ambassador of Quan. 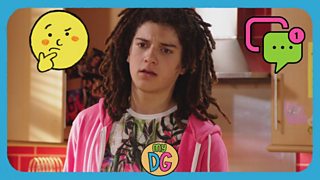 Sue then mentioned my writing to The Dumping Ground’s Exec Producer, who was kind enough to give me advice about some of the opportunities that open up for new voices on the show. At this point I felt that I should really get acquainted with the show. So one weekend I blitzed a whole load on the BBC iPlayer. For those of you who don’t know, The Dumping Ground is set in a kid's care home, and was given the name by perhaps its most well-known, former resident, Tracy Beaker. As the show stars children from the most broken of homes serious issues are never far from the fore. With its disparate group of characters and thought provoking issues, the show kind of reminded me of Byker Grove, a programme which I can still quote from, despite having not seen an episode in over 20 years. Clearly Byker had a strong impact on me, and I could see how The DG could have a similar effect on today’s younger generation. The show finds a way for its big laughs and tear-jerking moments to sit alongside one another, without ever appearing jarring. A feature I try to incorporate in my writing. “Make them laugh, Make them cry…” 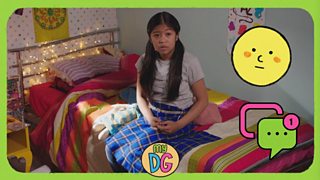 So when the BBC Writersroom - at the urging, I’m sure, of The Dumping Ground’s Exec' - alerted me to the fact that they were looking for writers to work on an online spin-off entitled, MyDG, I was by then a fan of the show, and I knew I had to give my all to be involved.

The aim of this spin off was to have a character give a retelling of a storyline from each episode via a voiceover, and for this retelling to give the audience a new perspective on what they had just seen. All this was to be done in a social media format - I guess like what you would see on an Instagram story. Oh, and this all had to be done within one minute. This opportunity is an example of how shows are continuing to increase their online presence, keeping fans hooked by allowing them to engage with original extra content, and (just as importantly!) providing us writers with additional opportunities to work with the characters and world in a creative environment. So, I threw my hat into the ring, by pitching two MyDG episodes based on previously aired episodes of the show. Thankfully the team liked what I sent them and called me in for an interview, and then they liked me in person and so I was commissioned to write the first 12 episodes of MyDG. After getting sent previews of all 12 episodes of the current series, I had to pitch which character I wanted to write for, and what angle I would take. And that’s when the really hard work began.

Now I know what you’re thinking because I thought the same - one minute to tell a story? I’d be able to knock these out in my sleep. Especially as I had a half-hour episode to draw from for inspiration. But that thought process led to my first mistake. The self-congratulatory pats on the back I gave myself when completing a first draft quickly morphed into something more violent when I realised I hadn’t just allowed myself to be inspired by the main episode, but had fallen into the trap of simply writing an abridged version. I was tasked with giving a fresh perspective. The only way the audience was going to go online and watch my creation was if they felt that MyDG was giving them bonus material, that was not to be found in the main broadcast. A truncated version of what they had just seen wouldn’t cut the mustard. 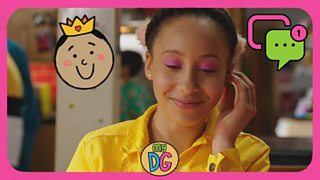 And so to allow the characters a fresh take on the episode I employed the Rashomon effect, where no two accounts of the same event will ever be identical. And to set this in motion I imagined how the characters might relay the event if they met a friend outside of The Dumping Ground over a couple of pints… of milkshake. This allowed for their personal motivations to influence their retelling, and helped give me that fresh look we were all looking for.

With this being my first CBBC commission, I was obviously keen on making a good impression. The way to do that, I told myself, was to let loose with some million dollar, showy writing. Flip the characters, on their head, and show a side to them that might not have existed previously. Really put my stamp on the show. That would be good right? Wrong. The reinventing of a character was not my job. What I wrote had to fit into a universe that existed long before I joined it, and will carry on long after I have left it. For the brief moment I was part of it my job was to be a custodian of these characters and leave them in a good place for the next step on their journey. Sometimes the best way to make a good impression is by just simply sprinkling a dash of salt on to what is already a well prepared dish. 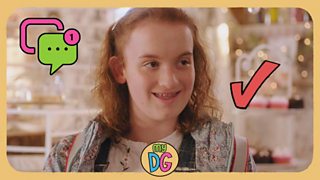 So, just a few months after hearing about this opportunity, I had pitched, interviewed, got commissioned, and written 12 x 1 minute long episodes, all of which I am really proud of. And these episodes cover topics that range from losing a parent, relationships, pressures of social media… basically, a lot of heavyweight issues. So in that short space of time what did I learn?