Watch the trailer for Broken

When did the idea for Broken first come to you?

The idea dates back to around 1982, when I was working on Brookside and kept pushing for a Catholic priest character. After I left Brookside in 1989 I kept coming back to the idea, but when I couldn’t get it made as a drama series it became the script for my feature film Priest. There was still so much to cover that the idea then stayed with me over the years. 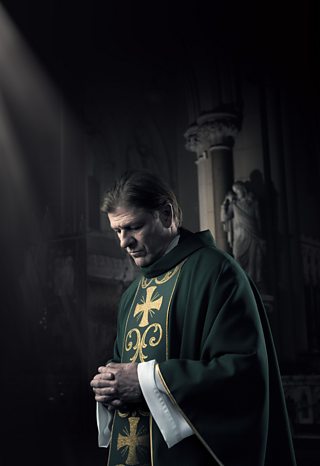 What was it that appealed?

It’s also really interesting to explore the clash between the soul and the body. Between principles and practicalities. We all know what we should do: you know what the code you should abide by says, but the practicalities sometimes mean you have to divert from that. That’s what episode one of Broken is all about. Christina (Anna Friel) knows what she’s doing is wrong, but the practicality is she’s got to feed her kids.

I’ve also spoken to so many wonderful priests on Merseyside, and I wanted to write a drama about a priest who’s a good man trying to do the right thing to reflect that. 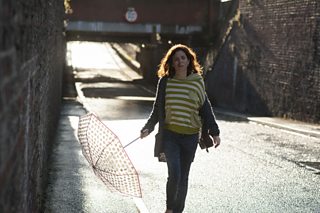 Where do the ideas for your characters come from?

A lot of them are invented. People often think a writer only writes from life. Often it’s been informed by his or her life, but we are storytellers and we are allowed to make things up! Everything you see in Broken has been informed by my life and it’s come from somewhere within me, but it’s not autobiographical. Your story will also invent characters, and characters evolve as a result of the story.

What are you particularly proud of about Broken?

The series tells stories that just aren’t told elsewhere, such as the machines in betting shops story. I think these machines are deadly and they hurt predominantly working class people and that’s a story that should be told, but I just don’t think it ever has. And with a lot of the people I meet and care for it’s been a major issue, yet it’s untouched by drama.

I sit down to write eight hours a day and sometimes I don’t write a word; it’s so bloody hard, you may as well write about something that matters because it won’t be any harder. And of course, if you can do somebody a favour or if you can help a cause or help people searching for justice then it’s a no-brainer to do that. If you are helping people who are searching for justice that provides you with an energy that wasn’t there before. They keep me going - touching on important issues that affect people who are skint.

Jiimmy McGovern discusses his new drama Broken and passes on advice for other writers.

Tell us about the casting of Sean Bean

I really wanted Sean for the part of Father Michael Kerrigan. It’s about the only time I’ve ever said “get this guy” for a role I’ve written. Mainly because he’s a working class man and he’s full of humanity, and that’s what I wanted in the character.

I also knew how good Sean Bean is, because I worked with him on The Accused. I knew he wasn’t just a good actor - he is a great actor. Truly great.

When I was trying to convince Sean to play the role there was a moment where he mentioned that it’s a character who is passive and listens. I said that’s not passive - he doesn’t listen to people’s sins, he takes them on. After Confession a priest goes out heavier, while the other person goes out lighter. And then I started jumping round the room telling Sean what confession means and how active it is. How, as the priest, you are more active and I think it was that which convinced him. 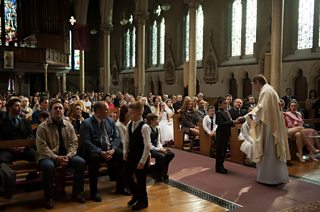 What is Broken about?

There are many stories in Broken. In a way it’s about the Eucharist, where a priest who thinks he has failed his people is shown by his people that he has served them well. And it saves him. It redeems him. So it’s about redemption and compassion and forgiveness.

If you want a film to which we owe a debt of gratitude, it would be It’s a Wonderful Life, where James Stewart is suicidal and thinks his life had been a disaster, but his guardian angel shows him what life would have been without him and demonstrates that his life has not been a failure; it’s been a success. So it’s the same themes as It’s A Wonderful Life, except it’s longer, a bit darker at times!

And even though it’s about a Catholic priest - it’s about this world as it is now.

Watch an interview with Jimmy McGovern on the BBC Writersroom website

Writersroom Wales - Inside the 'It's My Shout' Workshop