Writing 'River' for BBC One

How has this experience been for you?

It’s really been an extraordinary experience writing this one, mainly because it’s written from one
character’s point of view. I’ve come to the end of an intense journey.

How did you come to address the subject of living with voices in your head?

I know from myself, I talk out loud. I’ve got children and they say to me ‘mummy, you talk to yourself all the time’. I realised how much I do have other people in my head and what a comfort they are to me. It’s not just about those who experience voices through mental health, it’s the voices we carry from our past, our future or experiences, that we manifest and I hope that’s something that an audience will identify with. 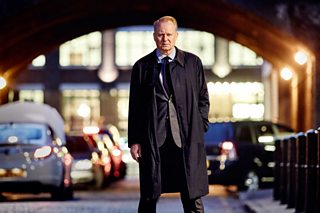 What is River about?

River is about a London based police officer who battles with his own mental health issues and when he loses his partner both personally and professionally it triggers a massive psychotic event which runs parallel to his quest to find the murderer. It’s really about a man who struggles in all forms of intimacy and relates better to those no longer living, to those voices in his head, than to those real relationships around him.

He’s a really good police officer and I think part of the reason is that his connectedness with his own mental fragility allows him to connect with the fragility of those abused, corrupted, disenfranchised, and the people around him that he comes into contact with in his work.

He’s insightful and I think for a man who does talk out loud, it’s what’s being spoken under the line that has been important to River; what’s not being said. In a way the manifests are manifestations of his inner conflict, they are all aspects of himself really.

River is also about living in a city where very few people are actually from London. London does two things for me; it makes me feel connected and it also makes me feel very isolated and quite lonely at times, and that’s someone with two children in their family. I always think about that title London Kills Me, and how London is the best of the world and it’s the worst of the world, so I wanted to write a character who was navigating their way through that. 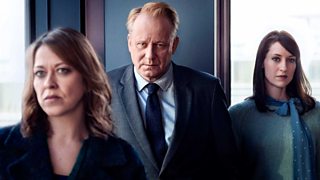 Can you explain what a manifest is?

A manifest is a physical manifestation of a literal or emotional voice in the head. It can be a literal voice, it can be the voice of someone you know, the physical manifestation of their presence i.e. Stevie, or it can be the voice of a real character from history like Thomas Cream. Thomas Cream is an interesting one because he’s a literal character, but also in one of the episodes River says ‘Who are you?’ and Cream says ‘I am you. I am despair. I am death’ so they also become physical-emotional-verbal manifestations of the deepest darkest parts of River’s thoughts.

When he is facing the facts about her and his impotency about that, River manifests these into very physical forms. That’s what a manifest is for me; it’s not a real thing. I don’t believe in ghosts: they aren’t real for me, but I do feel people can manifest an emotional and often physical manifestation that can feel very real and very present. I think a lot of the audience will see them as ghosts - which is fine. You can’t control how an audience responds to something, it’s up to them. It’s their right to explore it in whatever way they want. 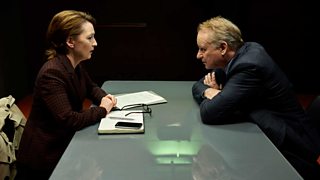 How do you feel about the casting of Stellan as River?

I was a huge fan of Stellan since Breaking the Waves. He has tremendous warmth and stillness and so when we started to talk about who could play River in the early days, Stellan was absolutely at the forefront. I just didn’t think he would even look at it because, to me, he’s a film star. By some miracle Jane Featherstone flew the script to him and he responded very quickly, and after a lovely boozy dinner with him in Stockholm, he just signed up to it.

Stellan being Swedish is interesting because originally I didn’t write this for a Swedish actor, yet that became an important part of the storytelling; his back story, the remoteness of the man and this idea of him being displaced emotionally and literally. It was really helpful, quite powerful and added something to that performance.

He has huge integrity, humility and subtlety which is who River really is. That part has grown and grown because of him and he astonishes me with his stamina. You went on set at the end of a really long week where he hadn’t had any break and he was always ready to go. And he’s always ready for a sit down and a glass of wine and a chat, and this is a man who has 8 children. He balances life. He works hard and he plays hard. He’s very inspiring and motivating to write for, and he brings out the best of every actor he works with; he raises everybody’s game. 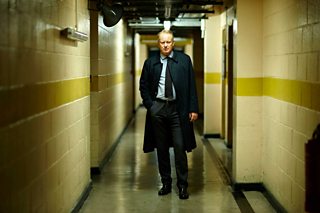 Tell us about the development process of River.

I had a long standing relationship with Kudos, Jane Featherstone and Manda Levin - who were brilliant execs - as I’d just come from doing a multi-character ensemble piece in The Hour. I wanted to try a new challenge and a cop show is a new challenge for me, but really River is a relationship drama masquerading as a cop show. Note to self: cop shows are the hardest to do and I may never do one again, because the ones I admire I could never achieve and when it was truly terrible, I was falling into the clichés I really didn’t like, so it’s a hard ask.

It also came out of a love of the film Truly Madly Deeply when I first started. That film so brilliantly realised the relationship between Alan Rickman's and Juliet Stevenson’s characters and what it is like to live with ghosts. I like the idea of a character where one moment it feels very real and then it’s not there.

It felt like an opportunity to take a character that you’ll hopefully fall in love with and see is competent at his job, but also see him battling with his own mental health issues. River came out of a maelstrom of these different ideas really, and most good dramas start with one central image. For me it was two policemen walking down a road laughing together and at some point during the conversation, you realize that one of them is dead. That’s the central image at the start of episode 1 so that was the starting point for me. 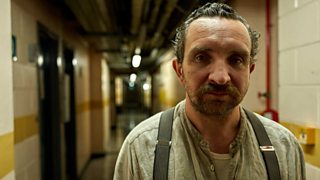 Tell us about Thomas Cream (Eddie Marsan) and his significance?

I knew that we needed some kind of physical antagonist through the piece and I wanted a manifest that would really hold River’s darkest feelings, would stir him and motivate him and really hold his despair. I researched the psychology of serial killers, psychopaths and sociopaths and I stumbled across Thomas Cream.

Cream, the Lambeth Poisoner, was a Canadian doctor who killed a number of people in America, and came over to the UK and poisoned several women. It just seemed a brilliant story and a brilliant way of colliding a suppressed straight-laced police officer with a dark psychotic 19th century killer. It’s something that if it does go onto a second series, I’d probably explore more.

Eddie Marsan is just my favourite actor of all time. I love everything he’s been in, so it’s a dream come true to work with him. He’s terrific in it and he’s someone I’d like to write more and more for; mainly because he quotes continually a load of gobbledygook, made up of all the weird quotations of 18th and 19th century poets I could find.

Watch an interview with Abi Morgan

What do you hope viewers get from the series?

I hope it’s entertaining. I hope it’s a group of characters you care about and I hope it makes one feel more connected to the world. I love the intimacy of TV. I love the fact that you don’t necessarily have the pressure of an audience or anyone around watching it, just you and it.

Find out more about the characters in 'River'

Editor's Note: This is an extract from an interview published on the BBC Media Centre. Read the full interview and more interviews and background to 'River'