Tom Rob Smith is the writer of novels including 'Child 44' and the screenwriter of London Spy and American Crime Story - The Assassination of Gianni Versace (Emmy nomination and winner at the Writers' Guild of America Awards).

His new drama MotherFatherSon starring Richard Gere, Helen McCrory and Billy Howle begins on BBC Two on Wednesday 6th March 2019 at 9pm and on BBC iPlayer. We caught up with Tom to find out more about MotherFatherSon and his writing life.

Watch the trailer for MotherFatherSon

As well as the big themes of the drama around power, politics and the media, what subjects does it deal with on a more human scale? Why are these important to you?

This is a story about a young man who suffers a catastrophic stroke and has to learn how to live again. In addition to the practical challenges of learning how to walk and talk again, we explore the question - if we had to start again, would we try to be the same person, or would we try to be someone else? In MotherFatherSon we're watching one of the most powerful young men in the country reduced to the level of a child, needing help to do even the most basic tasks. His parents played by Richard Gere and Helen McCrory become parents again, in that most basic and elemental sense. The son, played by a miraculous young actor called Billy Howle, is forced to reexamine every aspect of his life - from his relationships, to his career, to his very sense of self. It's a deeply emotional journey, one I witnessed when my close friend suffered a stroke. 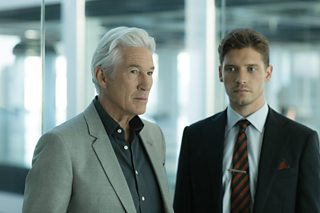 The cast of MotherFatherSon is extraordinary. Did you know this when you were writing it?

I agree, the cast is extraordinary - across the board, in every role, a huge part of that is down to the casting director, Julie Harkin, one of the best in the country. We hand the cast five page scenes and step back and allow them to take control, creating their own energy and rhythm, some of which remains entirely untouched in the final cut of the episodes. These scripts would be nothing without the cast. But no, I had no idea who we'd end up with, I just knew that if I wrote something that was entirely actor dependent, we'd find great people who'd want that challenge.

It's not a surprise to me that so many of our cast, like Helen McCrory, have done so much astounding work in the theatre. And I think Richard Gere wanted to do those kinds of scenes too - he performs a two page monologue in episode two, and he's spellbinding, it's a masterclass. And Billy Howle is utterly fearless. So you'll be seeing some very famous actors while also discovering the next generation of acting superstars. 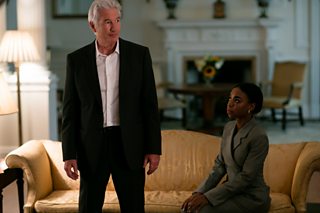 It’s a huge undertaking to write 8 hours of television. How do you plan out the whole story structure?

American Crime Story: The Assassination of Gianni Versace was nine hours, so this felt relatively achievable, particularly since we didn't start filming until five scripts were finished. We started filming on Versace with just three scripts completed. That process was so intense, but anyway, the point is, the process on MotherFatherSon felt relatively calm in comparison. I always knew the end points, for all the characters, they were always very clear, and I knew that each episode had to feel special, like a mini movie, so each episode has its own core. A lot of the planning was in my head.

Here at BBC Writersroom we notice that writers sometimes find it hard to move from theatre onto the big ideas and the size of the canvas needed to sustain a multi-episode TV series. Do you think your background as a novelist has helped with this?

I guess, I'm not sure, it's always amazing to me how much you can do with sixty pages, it's a vast canvas, so holding that in mind is very important, it doesn't mean you need to be epic in scale, but you need to have enormously complex and powerful characters if you don't have that scale. 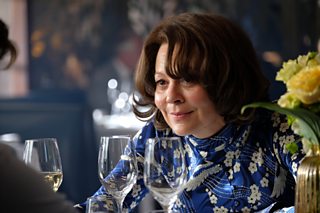 Do you think you could ever work as a showrunner, leading a writers’ room?

Writer's rooms are complex places - the politics, the way work is divided up, they're supposed to make the task of writing eight or ten episodes easier, but they can often make it much more difficult. It helps if the writers all know each other and trust each other, that short cuts the process. I certainly wouldn't rule it out, that is how the system in the States tends to work.

Do you have a writing regime?

I start early, at about six, and finish by about two. I can rewrite in the evening, or watch cuts, but I can't write new material. I need to go for a walk at about two, it's important to get some distance from the words, and engage with the world.

Do you ever find yourself blocked and if so then how do you deal with that?

I've never had block exactly, I think I might have had a nervous breakdown once, and I don't mean that flippantly, but I wrote through it, writing was a way out. 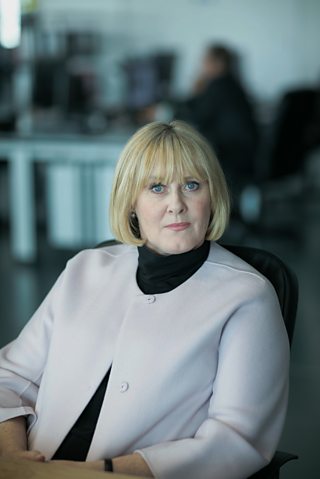 How do you deal with script notes?

Is television now the best medium for “state of the nation” storytelling?

Television is in a great place, for sure, it's telling stories no one has told before, it's pushing boundaries, and there's enormous freedom and appetite for risk.

Do you think you’ll return to novel writing?

I would only write a novel now, which couldn't easily be anything else.

What have you got coming up next?

I am writing a new original show for FX, the channel that made American Crime Story, so I'll be going back to LA to do that.

Read more interviews with Tom Rob Smith on our blog

Writing My First Episode of 'The Dumping Ground' for CBBC

An Update from the Drama Script Room Reading Team