The US Perspective - 3. From The Onion via 30 Rock to The Mindy Project

Editor's Note: In the last of our 3 blogs from US writers, Lang Fisher on her journey from satirical newspaper The Onion to The Mindy Project writers' room, including some great advice.

Being a comedy writer, as I would assume being any kind of writer, is a vastly personal experience. When you write something that’s “not that funny”, you immediately take it as a referendum not only on your talent, but on your personality as a whole. “If this isn’t funny, then maybe I’m not funny, and I guess my whole life has been a total lie, why didn’t I go to med school?” But the truth is, writing is a practice, even comedic writing, and every job you take can teach you something different. 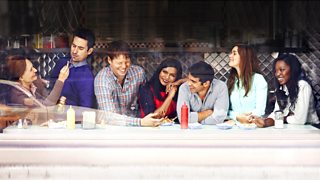 I joined the writing staff of The Mindy Project at the beginning of season two. Before that, I had worked on 30 Rock and the satirical newspaper, The Onion. From each of these jobs, I took valuable lessons. From The Onion, I learned to have a thick skin. 99% of the joke headlines there end up in the garbage. So even if you thought something you wrote was the most brilliant joke ever to be constructed on this Earth, if they didn’t use it, you had to let it go with grace and not have your feelings hurt. '30 Rock' was a comedy boot camp. I learned there never to be satisfied with a “pretty good joke”. '30 Rock' taught me that in those moments of writer’s block when you’re incapable of thinking of a funny line even if a gun were pointed in your face, to dig into the deepest recesses of your brain, because that’s where true hilarity will reveal itself. 'The Mindy Project' made me realize how important it is, even in the funniest of comedies, to tell a story with depth and an emotional center. What I like the most about 'The Mindy Project' is that even though every moment is bursting at the seams with hard jokes, our characters have real hearts and are grounded in a reality that the viewer can identify with. When Mindy’s heartbroken, so are her fans. 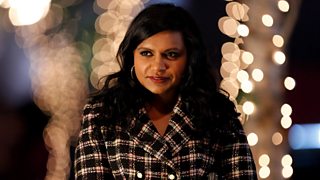 I don’t remember as a child ever wanting to be a professional writer when I grew up. At that time, I was torn between the very-easy-to-achieve professions of supermodel and music video dancer as my definite future paths. In fact, the only indication from my childhood that I would become a writer was my affinity for lying. In kindergarten, we had “show and tell” time, where most kids would bring in a cool rock they found or a birdhouse they built with their grandfather, but I always chose the “tell” option and would stand up in front of my classmates and regale them with an elaborate falsehood about how, just that morning, my dog saved me from the dangerous rapids of a river I had fallen into. Luckily, my dog knew CPR and so, here I was, right as rain, standing in front of them. After enough of my tall tales, my teacher removed the “tell” half from the activity.

As I got older and the reality of my genetics became clearer, I had to let go of supermodel and dancer as prospective careers and embrace something that came naturally to me: being funny. In my teen years, I fell in love with shows like AbFab and Strangers With Candy. These female-driven comedies made a real impact on me, because the protagonists were as outlandish and irredeemable as any male comedy character. Sometimes, there’s a tendency to protect female characters and to make their flaws precious characteristics like being klutzy or awkward. But I think when female characters on TV are allowed to have real objectionable flaws like being selfish or salacious or sociopathic, there’s nothing funnier. So, I guess it’s not surprising that the two television shows I’ve written for are based around hard female comedy characters created by two of the funniest women in entertainment, Tina Fey and Mindy Kaling. I think both of these shows have had real feminist impacts on the comedy industry, because these main female characters aren’t afraid to be unsexy or loser-ish for the sake of hilarity. 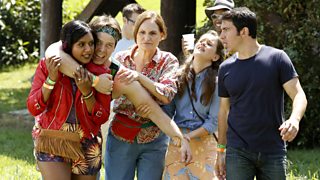 It’s probably very rare in the UK to find a television show with a 22-episode season, but that is the norm over here in the States, at least for network shows. What this means for our writing process is that we are writing at the same time the show is being shot. We are usually working on an episode or two ahead of production. This goes for both comedies and dramas. Where they differ, though, is that drama writers work more individually, while comedies are very collaborative.

Working on a network comedy show is like being in the longest business meeting of your life. We sit in a room together everyday, all day. In 'The Mindy Project' writers room, each writer sits in front of a computer monitor that is controlled by our showrunner, who does all of the typing. One writer will go off and write the first draft of a script and then bring it back into the room, so that, as a group, we all sit around and “punch it up”. This means that we read through it and find areas that need better jokes. The best part is that without being aware of it, we all pitch jokes in the characters’ voices. So, for instance, when I think of a joke for Danny Castellano, I do my closest approximation of a 40 year-old Italian New York guy. I don’t think Martin Scorsese would be at all impressed. Once we’ve done our punch pass, we have the cast perform it in a table read and then we go back to our writers room and do another pass after we’ve seen what gets laughs and what doesn’t. We do this basically from June until the beginning of March. So, you get to spend a whole lot of time with your writing staff. Luckily, I love everyone on mine. Which is a good thing, because it is possible that we may be legally common law married to each other in terms of hours spent together. 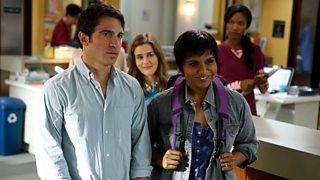 Hopefully, 'The Mindy Project' has many more seasons to come, but I look forward to whatever future writing endeavours come my way and the lessons that I will glean from them. I think the biggest piece of advice I can impart to future writers is to share your writing and to be open to criticism. Some writers are so afraid to let others read their work that they never evolve. Being a professional writer is all about being critiqued, adapting, and rewriting. It stings at first, but after a while, it’s just part of the job.

Read all 3 of our blogs from a US Perspective - House of Cards, Nurse Jackie and The Mindy Project

The Mindy Project is broadcast in the UK on E4

Creating and writing 'Ordinary Lies' for BBC One