'Don't Take My Baby' - the power of shared authorship 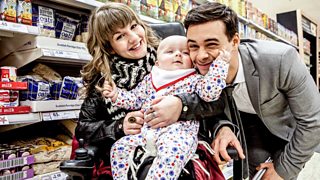 At the BBC Writersroom festival a few years ago I had the good fortune to interview Lars Lundström, creator and writer of Real Humans – the show which has now become Humans on Channel 4, and very good it is too. My main question was what do Scandi drama heads do that we don’t? The thing I discovered was that the directors were very much part of the Writers' Room and made to think the show was theirs. In fact, Lars told me often the DOP would even be in there – discussing story – discussing character. This shared ownership is one of the crucial things that has made so many hit dramas over there – The Killing, Borgen, The Bridge and Real Humans. And I don’t think it’s something we do enough of over here.

When I did my first shows as a writer (I’m just coming up to ten years since that first show) everything for me was about whether my words remained untouched from script to screen, the thing on Skins was always ‘I don’t want Bryan Elsley (the showrunner) to overwrite me’ not because Bryan wasn’t brilliant (he was and is one of the finest writers I know) just because I wanted my work to remain undiluted, pure. Then, when I did my first show as a creator, Cast Offs, I’d get really upset whenever any improvising took place. I wanted every idea, every thought, to be just as I had it in my head. I was the opposite of collaborative. I’m sure now I’m still as precious as hell, in fact, I think if you talked to people I work with currently, most would probably say I’m a pain in the arse but I think if I’ve learnt anything it’s that if you can persuade people to take shared authorship with you, it’s beyond useful, in fact it’s the greatest thing in the world.

All of which is to say Don’t Take My Baby has my name in the credits but is a show authored by a lot of people. 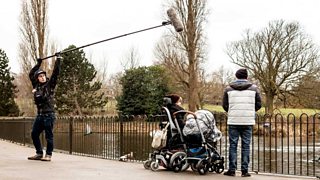 It’s a show about something very difficult. The process a disabled couple goes through when the authorities deliberate over whether they are capable of keeping their child. As a disabled campaigner, it was a story I was immediately drawn to, but it was also a story that was important to make sure was told properly. And the many authors have ensured it was so. I don’t want to say too much about what it means or what it says, because I hope the piece is nuanced enough to tell the story itself. But what I can talk about is the process which brought it to screen…

The first thing I got was a set of research by a script editor at the BBC, Marco Crivalleri. He’d spent time, a lot of time, talking to the couple the story is loosely based on, and a lot of time talking to other people both involved in that process and in processes like it. But Marco, I would subsequently discover, is also a writer, which is a skill I’ve started to admire in script editors more and more. They can talk to you writer to writer, and they can appreciate your ups and downs, but more than any of that, they understand story path. Which was useful on this because it’s based on a set of true circumstances, and required us to be loyal to all the participants involved.

Not just Marco but the show’s entire development team was actually already in place when I came on board – the show even had a director before it had a writer, which is a first for me in TV, and it also had a very short time frame. I had my first meeting in July and the show started shooting in January. That seems like a lot of time, but actually (maybe it’s just me) I’ve never had a script that didn’t go to six drafts. So this schedule worked out as a draft a month, which is tight. We all had to be authors on it, and we all were. Pier Wilkie, the producer, who’d just made the brilliant and upsetting Murdered by my Boyfriend, Ben Anthony the director, who’d just made the magnificent (and upsetting) Life and Death Row and Aysha Rafaele, our excellent commissioner, who unusually attended most meetings.

And these meetings were tough. 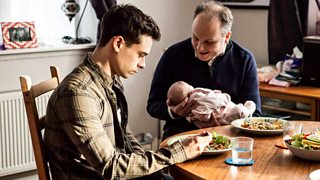 The thing that would happen on Don’t Take My Baby all the time is I’d become very impassioned about how I wanted a social worker to behave or a doctor in order to make my story work - and I’d be told quite plainly – they don’t, they don’t do that and so they can’t do that. And I’d say – but imagine if they could – this scene could be so much better – and they’d say – imagine if someone watching this was to get the wrong idea and react the wrong way – this show has a responsibility and you are going to stick to that responsibility. All of which is to say that very simple thing – truth does get in the way of fiction. And that made writing this script very very hard, coming to terms with the fact that this wasn’t my story – it was someone else’s. And going through that as a group rather than as an individual made the whole thing bearable, and I think made the whole thing – better.

What does shared authorship mean? This is actually a very hard thing to describe. It means arguing (a lot of it), it means long meetings, it means suggestions (a lot of them), it means everyone taking responsibility for where the story wanted to go, it meant me cutting things and being told that was a section they were unprepared to lose. These are very recognisable things – these are the same as any other script process – of course they are – with the writer feeling increasingly insecure as notes descend from all sides – and of course I did get very insecure - so more than anything else it’s about tone or a feeling. It’s about producers not demanding but considering, it’s about thought, it’s about a director as committed to every line on the page as you are and so being able to adjust it both during the shoot (when the actor requires it) and most importantly during the edit. Ben changed things, he had to, and the show was better for it. My wife watched every edit with me and every time I said ‘that wasn’t how it was in the script’ – she’d say ‘is it better?’ And I’d (sometimes reluctantly) nod. It’s about people fighting as hard as you do (or, in fact, harder) for the things that matter to them as much as they do to you. It’s very hard to describe but when that feeling is there – it’s brilliant. Or it is for me. But it does require the director to be involved in the process as early as is possible, and it requires time being made for discussion. 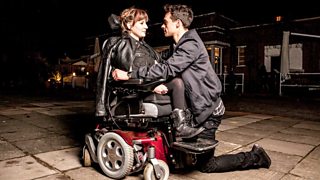 I hope people enjoy how it’s ended up – I feel immensely proud to have been part of it. I think the performances by Ruth Madeley, Adam Long and Wumni Mosaku are fantastic – and I think Ben has just directed the hell out of it. These stories are the sort of stories that it is an honour to tell, and are tough to tell. I know I speak for everyone involved when I say I hope people feel we’ve done justice to the stories underneath it and have shed some light on the incredibly difficult circumstances both disabled people and social workers are pushed into.

Find out more about the Defying the Label season across the BBC, with information and support

Watch an interview with Jack Thorne on the BBC Writersroom website

Developing 'The Outcast' with Sadie Jones

The 'Doctors' Shadow Scheme for writers