“We are delighted to be able to share some news about three initiatives being run by BBC in-house Drama to develop new writing talent. Vital to our work at the BBC Writersroom is the partnerships we have with internal departments, where we champion and promote talent. We have worked closely with BBC Drama to support these exciting developments and acted as consultants on all three schemes. They are targeted at writers who have already made the first important steps in their careers and have an existing body of exciting and innovative work. All three demonstrate how the BBC aims to support writers throughout their careers, from uncovering new talent in our open Script Rooms, through targeted talent searches and other writer initiatives including residential workshops and the annual TV Drama Writers’ Festival.” 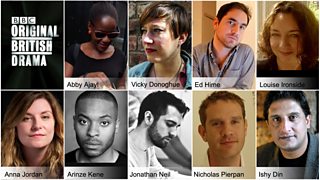 "The BBC Drama Production Writers’ Scheme was originally pitched to the former Head of Drama England, Kate Harwood, back in 2012. When the Writers’ Academy came to an end it was felt that BBC Drama needed a new scheme to nurture writing talent in the UK. My original idea was re-visited and submitted to the BBC Academy who agreed to fund it. Lorraine Newman came on-board as the scheme’s Executive Producer and together we devised a curriculum which includes a workshop week and six-month script commission for nine up-and-coming writers.

The writers were sourced in two ways. All the BBC In-House script teams were asked to nominate three writers who they felt would benefit from this initiative alongside a callout to agents asking them to submit the writers they felt would also benefit. All the scripts that were submitted were read and we arrived at a shortlist of sixteen writers, all of whom we met in person. Then in consultation with the heads of BBC Drama in London, the North, Wales and Scotland together with Kate Rowland, Creative Director for New Writing at the BBC Writersroom we chose nine writers to go through. The nine original talents who were selected come from film, theatre, television and radio. They come from a range of backgrounds, ages and from across the UK, so we gain as broad a range of voices and stories as possible.

Each writer will devise an idea for a series or serial for BBC One, Two or Three on Demand and be given a script fee, a script editor and an Executive Producer. The script editor will act as their mentor during the initial phase in which they write two drafts of a long-form treatment before then moving on to write a full script, at which point the Executive Producer will come on board. The full six months therefore work as an intensive development period with the final outcome being nine television scripts. Of course it would be amazing if these get picked up for production, but our primary aim is to back the writers we feel confident have a strong authorial voice, who all have great stories in them that they are passionate to tell everyone and who want to tell these through the medium of television.

This is crucial for the BBC as it is investing in the writers of the future, giving them an actual script commission and asking them to be bold and write what they are passionate about. We told them to think about the script they’ve always wanted to write, the story that they believe needs to be told on British television now – that’s the script we want to read! It’s a tremendously valuable investment in the future of writing talent, not just for BBC Drama but also for everyone in Television." 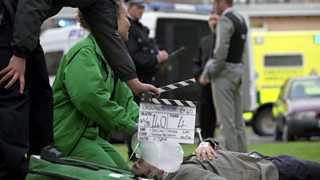 "We run one Shadow Scheme for each of the BBC's Continuing Drama shows – EastEnders, Doctors, Casualty and Holby City over the course of the year.

The Shadow Schemes are a way to mirror the show’s writing process by producing an episode from which the writer will be assessed for a commission. Writers learn the necessary skills on how to write for the shows.  The training includes writers’ workshops, lectures and exercises on storytelling and the show format. We invite lead writers from the shows to talk about their experience of writing for the show and pass on any useful and valuable tips.  The writers also have a formal induction on the show, including a set tour, and then they’re taken through the script development process." 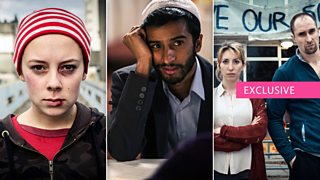 "When the first series of Original Drama Shorts went out on iPlayer in March 2014 it was the first time that Drama Production had made authored, original content for online, unconnected to an existing brand. Our brief was to produce three high quality, short films by new talent specifically for BBC iPlayer. Finding opportunities to work with up-and-coming writers, especially those with a strong or distinctive voice, is one of our biggest challenges in Drama and the idea of a strand dedicated to identifying the most promising new writing talent was enormously appealing.

The shorts also give us the chance to be more experimental, to develop ideas that are suited to a shorter duration and that wouldn’t work in conventional television hour or half hour slots. We hoped that the shorts would inspire people to share them and that provoked much discussion of what makes us want to pass content on. We knew that the films needed to be confident and extrovert enough to hold their own right from the opening seconds. In the end our most important criteria was originality – have we seen this before? Series one of the shorts comprised of: Flea, by Cat Jones, written entirely in verse, My Jihad, by Shakeel Ahmed, a Muslim RomCom and Tag by Katherine Chandler, set in a school at the end of its life where two teachers are playing a final game of ‘It’.

The second series of Original Drama Shorts is in development and will film in February 2015."

Read a blog by Shakeel Ahmed, writer of My Jihad

Read a blog by Cat Jones, writer of Flea

Read the scripts for all three Original Drama Shorts

Writing 'Welcome to Our Village, Please Invade Carefully' for Radio 4: From Script Draft 0 to 8