Rellik - the new BBC One drama from Harry and Jack Williams

Harry Williams and Jack Williams are the writers and exec producers of Rellik, BBC One's new serial killer thriller told in reverse. Their previous work includes two series of The Missing and One of Us.

What was the inspiration behind Rellik?

We actually started writing Rellik while we were filming and editing The Missing series one. Playing with story and structure and trying to find new ways to tell stories is something we're fascinated by, so it started there. But we didn't want it to be a technical exercise so we had to ask ourselves why you'd tell a story that way. It became clear quite quickly that it was all about motive. That things happen for a reason and those reasons lie in the past. So, what happens when you start at the end and find your way back to the past sounded like an interesting thing to explore.

Watch the trailer for Rellik

Tell us about Gabriel’s character

Because of the narrative structure we wanted to find a protagonist who the audience could connect with. The idea was that our detective was himself a victim of an acid attack, a victim of the killer our cops are chasing in the series. Telling a story through the lens of someone living with a disfigurement felt like a story worth telling. Who he is - before and after the attack - forms the spine of the series. 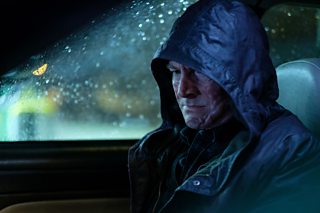 What were the challenges of writing Rellik?

Stories are told forwards for a reason - because the best stories are about characters undergoing some process of discovery and change. Take away consequence and you take away a key ingredient of the storytelling process. The key was to find a way to still find room for this kind of narrative - to tell stories about characters, stories that tell us about who these people are.

Read more interviews with the cast and crew

Watch a 2016 interview with the writers Harry and Jack Williams