Should writers ever give up?

"Never give up" is the kind of thing you often hear people say, whether it’s Sylvester Stallone in Rocky Balboa, Will Smith in The Pursuit of Happyness or someone who likes your script but not enough to actually produce it. However, in real life, unlike the movies, when things don’t go to plan no subtle background music kicks in to emphasise that in half an hour’s time you will bounce back and achieve your dreams.

As a writer, you’re often left to get on with never-giving-up on your own, perhaps accompanied by the odd screenwriting book, which will also tell you to never give up – partly because its writer wants you to buy another book called Never Give Up on Buying Books About Never Giving Up.

I have a collection of scriptwriting books from the 1960s to the 1990s. I often wonder what happened to all the writers who used to own them. Did they never give up? One of the books (Writing for the BBC), by Norman Longmate had nine re-prints over 30-odd years. Thousands of people must have owned a copy. They can’t all have got commissions: if they had, there would be so many dramas, comedies and short stories on the BBC that there wouldn’t be room for anything else. Either these writers stopped writing or they continued with little or no recognition, perhaps for the whole of their lives. Is that sad? Or inspiring? Or a bit of both? 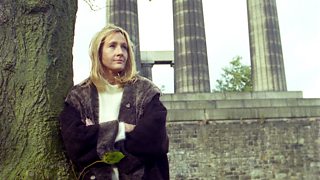 There are lots of stories about famous writers and artists who were initially rejected but persevered and went on to become very successful: Stephen King, JK Rowling, Walt Disney, The Beatles, Elvis Presley, Marilyn Monroe and Madonna are just a few. Jarvis Cocker was singing about waiting for his life to take off, back in 1992 after over a decade of being in Pulp. It wasn’t until 1995 that the band had a number one album. It would clearly have been a mistake for him to have given up, but of course it’s easy to say that with hindsight. 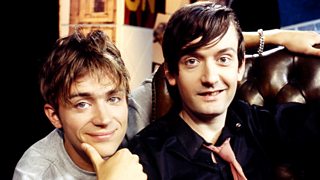 Damon Albarn and Jarvis Cocker in 1995

"Never give up, never surrender," characters in the comedy Galaxy Quest say whenever they face a seemingly impossible situation, as if a go-getter attitude alone can break down locked doors or blow up enemy spacecraft. However, in real life persevering against the odds can seem like a never-ending and not particularly fruitful process. David Ferguson sums it up brilliantly in an article for The Onion. "Find the thing you’re most passionate about, then do it on nights and weekends for the rest of your life," it begins, continuing: "…pursue those dreams when you only have enough energy to change out of your work clothes and make yourself a half-assed dinner before passing out."

A while ago I asked agent Jean Kitson about whether writers should ever give up. She said this: "The absolute worst that can happen is that you’ll spend a chunk of your time doing something creative that you love, and for a lot of people it may never go any further than that. But if you don’t consider your writing a waste of time in itself, if it’s feeding a need in you, then it is not wasted."

After entering the Alfred Bradley Award on three previous occasions, Ian Townsend finally managed to win its special Writersroom prize this year. I asked what had stopped him from giving up. "I always believed I was a writer," he says, "it’s not just something I do, it’s who I am. I was determined to prove a lot of people wrong – and also a few people right! – and demonstrate what I was capable of." Having things he wanted to say, rather than entering competitions for the sake of it – as he had in the past – also helped. "It focused my writing," he says, as did getting feedback on his work. "Many people told me I could write, but it wasn’t until somebody told me what was wrong with my writing that I took a chance and grew, as did my confidence and self-belief." 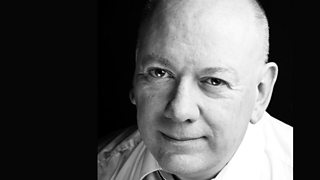 I imagine that most people who write scripts want to see them produced but, as Ian points out, getting a commission isn’t the only way to achieve this. "I self-produced and put on my own plays for years," he explains. However, his journey hasn’t been easy. "I will be honest, the last two years have been a real struggle financially," he says. "There have been low times of giving up and thinking 'what the hell am I doing?'"  Like most writers, he has sometimes doubted himself and his work. "I have stopped before," he says, "then something has sparked me into life – an idea, a story, a glimpse of success – and then I’m off again." Would he have carried on forever, even if he hadn’t been recognised by an organisation such as the BBC Writersroom? "I love writing," he says, "In short, probably!"

Although it obviously helps, you don’t have to be produced, paid or even read to keep writing, if that’s what you enjoy doing. People might reject you but they can’t stop you. After not getting past the initial round of a recent Writersroom sift, new writer Emma commented: "I’m delighted! It’s my first ever rejection slip; in my mind, that’s an important milestone. It means I finished something. It means I submitted it. It means I exposed myself to scrutiny. It’s an achievement! I’m over the moon, and it’s inspired me to crack on with my next one…" 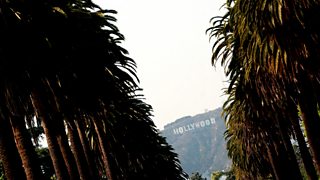 Perhaps the reason why there are so many films about heroes fighting to achieve their dreams is that their stories are far more appealing than ones about people giving up. Lots of Hollywood blockbusters would have us believe that you can have anything you want if only you work hard enough for it. Maybe that's why writers, who perhaps battle with rejection more than the rest of us, keep creating them. "Do, or do not," George Lucas has Yoda say in The Empire Strikes Back. "There is no try."

Sally blogs about theatre, film, TV and other stuff here

From Lonely Writing to The Lonely Walk Home