Writing 'The Interceptor' for BBC One 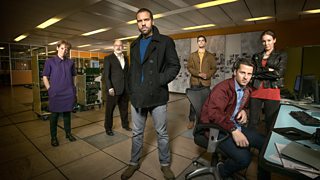 I was interested in exploring a particular milieu and its inherent themes which I felt we hadn’t seen on television for a while. I’m intrigued by the attitude of ‘good guys’, regular men and women on regular salaries, towards their daily job. What gives them the drive to want to do it? And what’s the effect on someone’s life of trying to bring down serious organised criminals with all the dedication that entails? Equally, I’m fascinated by the reality of a criminal’s life - the practical world of business fronts, avoiding detection along with the pressures and doubts that are common to any walk of life.

I thought there was a great opportunity to do something that felt very contemporary, very real, and where the audience could hopefully feel they were close to the stories because the world we inhabit is recognisable as the one we all live in.

What was your ambition for the TV series?

The Interceptor is a fast-paced crime show designed to entertain. We were really keen from the outset to give the show a strong action element and for TV we’ve pushed the bar in that area. It was always going to be important that we actually got out on the streets to shoot the big action scenes in real places - Waterloo Station, Camden Market and others - and we’ve been consciously ambitious with the scale of those sequences.

But alongside the thrills and spills, I also wanted to create a show that was grown-up; not in the sex-and-violence sense but in its themes and its approach, by showing the reality of crime and its proximity to all of us. In that spirit, I wanted to tap into the shows that I used to enjoy watching when I was younger - British shows like The Sweeney or classic American shows like Kojak and the Streets of San Francisco, which were about crime in the city, always grounded in a real place. We’ve tried to do something similar, create an immediacy for the audience and remind them that the underworld inhabits the same places as the rest of us. 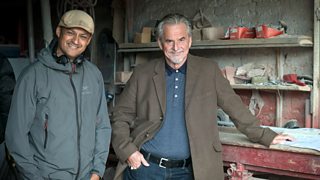 How is The Interceptor different from other crime shows?

‘Crime’ on television nowadays more often than not means a dead body in the first reel, and a subsequent whodunnit investigation that could take an hour or 20 plus-episodes to resolve. That’s a great genre but I’d like to re-appropriate the ‘Crime Show’ tag. The Interceptor starts out as an investigation by a specialist undercover surveillance team into a drug-dealing syndicate but through the course of the series we deal with a range of different crime stories - money-laundering, kidnap, armed robbery among them - and through those stories show how crime in all its interconnected guises affects criminals and victims, as well as the people tasked with trying to protect us from it.

And crucial to that is grounding it in the reality of people’s everyday lives. If you create a heightened universe in a show then you make up your own rules but the rules for this show are established by the world that we all live in. 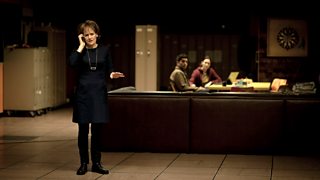 Where did you begin with creating the series?

I started off by asking a simple question thrown up by life in a big city with millions of people living on top of each other: How much do you know really know about the person who lives next door to you, or the guy standing in the queue in front of you? How far from the world of crime is anybody at any time? There are a million stories in a city like London and so many of them are happening behind apparently legitimate shop fronts or inside comfortable-looking semi-detached houses. I really wanted to mine that grey area where respectability ends and criminality begins.

A practical issue from my point of view was the twin elements of a surveillance operation - a team listening to phone calls in the office and another group out in the field. I needed to find a way to dramatically capture the best from both of those and that’s why listening, piecing together a crime story with your ears, is such an important part of the series.

One other area that interested me was the competition between the different areas of law enforcement. I really liked that idea of bureaucracy of law enforcement getting in the way of the actual job and the need to get round it. The unit has been set up by a character who has created it in order to bypass all that and tries to use the resources they’ve got just to get to the top of the food chain. But right from the beginning, the biggest problem is there - once you identify them, how do you actually bring down a drug lord who’s always at arm’s length from the stuff he peddles? How do you nail them on their own terms? That’s the conundrum that drives the story of the entire series. 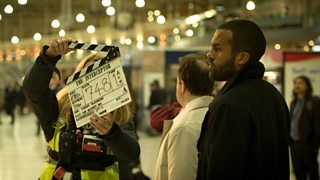 What research did you do?

We had a team of advisers who helped us with the correct language and we had help with the practical techniques that they use. We also had some help when it came to the internal politics of law enforcement as well and how the different bodies work together. From my point of view, the main thing I did was read a lot of true crime books to get story ideas and learn how crime really operates at that street level. How do you get to be a criminal for 25 years? How do you actually achieve it?

Ash is at the heart of the whole thing. He’s laconic, charming, but he cares and his background means he understands the world of the criminals he hunts better than most. And he’s driven by the desire, for personal reasons amongst others, to bring down a big criminal. But when we meet him, his life is at a crossroads - frustrated by petty politics, he’s never got near to that goal and perhaps he has to accept that. But with the chance to really make a difference as part of the UNIT we begin to see the toll that full-time surveillance takes on him and the people around him. You sit outside someone’s house night after night after night, watching their every move but if you have a family, kids, responsibilities, they all suffer.

Ash is a fictional character but what he does isn’t a fiction. There are real, apparently unremarkable men and women out there right now, sitting in cars or on the streets, following serious criminals on our behalf, working 70 or 80 hours a week for £30,000 or £40,000 a year. What does drive those guys in the real world? It’s a fascinating question.

Watch a clip from Episode 1

What do you hope the audience will take away from watching The Interceptor?

First and foremost, I hope they’ll be entertained. We’ve been ambitious and our directors have really pushed the bar in terms of our action sequences and real-world locations and I’m hopeful that the audience will respond to that. And there’s humour in the way the characters on both side of the divide operate and interact with each other. It’s a show where the good guys love what they do. The Interceptor is a serious programme but not a sombre one.

This interview was first published on the BBC Media Centre