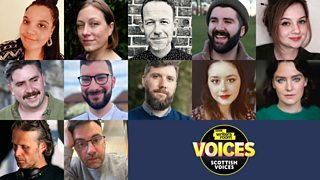 "BBC Writersroom Scotland are incredibly excited to announce the 12 Scottish Voices we’ve been working with over the past few months. It’s been a real pleasure getting to know this lovely bunch, and we have loved helping each one hone their craft and work towards an authored TV idea that showcases their unique voice. Watch this space, Scotland!"

See details of all the Voices writers 2022

Find out more about the Voices programme 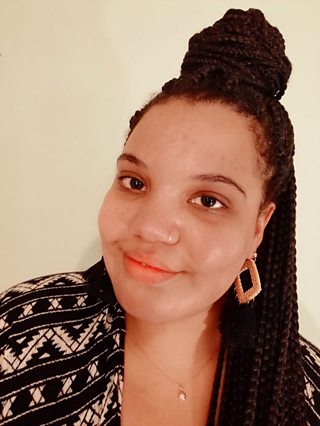 Tiarna Armstrong is a 25-year old queer, black screenwriter from Northern Ireland. Having experimented with fiction as well as writing music articles for local websites and blogs, Armstrong studied French with Creative Writing at Bangor University, where she discovered her love of screenwriting. Having completed her undergraduate degree, Armstrong went onto study MA Screenwriting at the prestigious Screen Academy Scotland in Edinburgh and quickly signed with an agent soon after. ​​

Armstrong is currently in the process of adapting one of her screenplays into a novel and is one of the participants for BBC Writersroom - Scottish Voices for this year. With such a varied background, Tiarna is a proud and passionate activist in every aspect of her life, but especially in her screenwriting where she creates stories predominantly centred around marginalised people and underrepresented groups. ​ 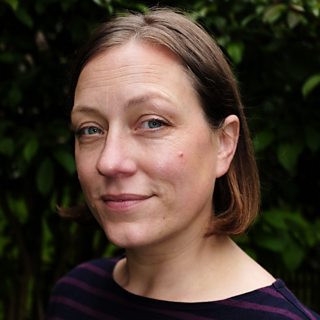 Alice Clark writes drama for stage and screen. In 2021 she was selected for The Writers Lab UK&I, part funded by Screen Scotland and Cate Blanchett’s Dirty Films, with her TV pilot about female footballers in WW1. She has placed in the Nicholl Fellowship’s top 5%, was a 2019 Writer’s Lab US finalist, and her animation series ‘Mo’ was recently longlisted for BBC’s Ignite. For over a decade Alice has written picture books, plays, and animation for clients such as Discovery and her first short film ‘Seeds’ is in post-production.​​

Originally from Bristol, Alice worked in drama facilitation in Newcastle and then China where she lived for twelve years before moving to Edinburgh with her family. Currently she is writing a play, ‘Made in China’, for A Play, a Pie and a Pint (Òran Mór / Traverse, Autumn 2022) and working as a script reader while developing new TV and feature projects. Alice is committed to writing stories focused on marginalised voices and social issues that resonate, provoke, and give hope.​ 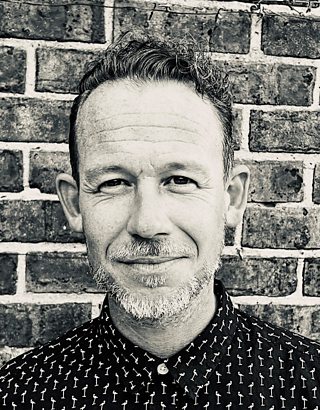 Craig Stewart Ferguson is a screenwriter & playwright from Glasgow who writes across drama & comedy. Often character-driven, darkly sardonic & emotionally thrilling stories, his work is centred around relatable misfits, grappling with the challenges of the modern world.​

His first comedy pilot ‘Bawbag’ reached the top 2% of submissions to the BBC Comedy Writersroom 2018, showcasing a “bold voice” and “raucously, rudely funny writer”. His follow up ‘The Right Honourable Member’, a political, trans-rights drama, made the top 15% in​ BBC Drama Writersroom 2019 & top 20% of 2020’s Red Planet Prize respectively. Craig’s latest drama comedy spec ‘The Politician’s Keelie’ placed in the top 10% of BBC Writersroom 2021. His futuristic, sci-fi animation sitcom treatment ‘Clan Robotica’ was longlisted for BBC Ignite opportunity, also in 2021, and ‘Sleaze’, his latest drama spec, a ‘state of the nation’ piece, made the top 12% of BBC Writersroom’s Open Call 2022.​

One of the twelve BBC Writersroom Scottish Voices 2022 cohort, Craig is currently developing a high-end drama treatment for a comedic, romantic crime-thriller, based in Glasgow, entitled: ‘Love Heist’.​ 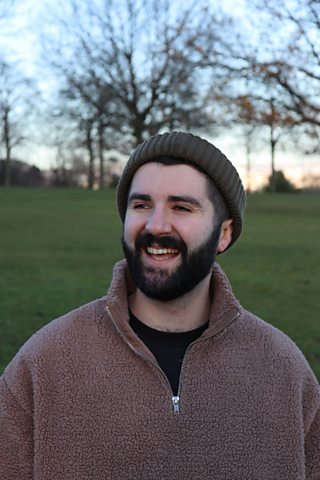 Jack Gemmell is a Glaswegian writer and producer, for both stage and screen. ​​

His sophomore short film '12th Man' premiered at Glasgow Short Film Festival in 2021 and was screened in Berlin, Norwich, and across the UK. At present, he is producing 'Black Wool' through Sharp Shorts with director Eubha Akilade. ​​

For the stage, he was chosen to be part of the Traverse Young Writers cohort in 2021 and has since been in artistic development with Traverse Theatre with his full-length play ‘Tobojo’ (Boris Johnson is Toast)'. This was staged as part of First Stages Festival in March 2022.​ 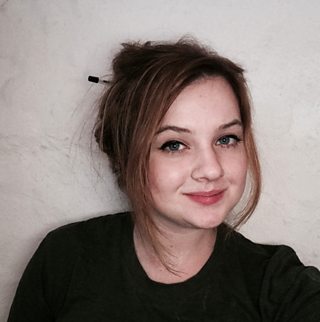 Georgina Love is an Australian screenwriter based in Glasgow since 2020. In recognition of her writing, Love has been awarded a partial scholarship by Final Draft, was the first international recipient of the Screencraft Fellowship, awarded the John Hinde prize by the Australian Writers Guild and selected for the Blacklist “Aussie List”. She was also one of the recipients of the Smart For A Girl initiative run by Endemol Shine in conjunction with Screen Australia.​​

Georgina has worked as a Writer, Script Editor, Script Executive and Development Executive in scripted television and as a casting producer in unscripted TV. She writes offbeat character-driven genre, usually sci-fi, and is developing several projects for film and TV. Georgina is currently in development with her original TV series ‘Pig’ with Longboat Pictures and working on the second season of the animated children’s show ‘Space Nova’. ​​

In 2020, Georgina signed with Christine Glover at Casarotto Ramsay & Associates. In the short term, she is looking forward to continuing to work in writers rooms and develop her own shows. In the future, Love hopes to couple her writing chops with her development experience and work in a development role on a returning series.​ 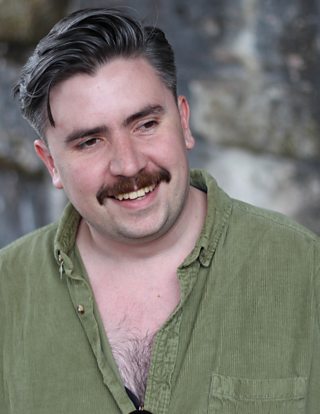 Felix O’Brien is a screenwriter and theatre practitioner based in Inverclyde, Scotland. He has an MA with Distinction in Writing for Television from Glasgow Caledonian, which he attained after securing a scholarship from BBC Scotland. ​​

He has attended invitational writers' groups at the Royal Court, Theatre503 and Soho Theatre. To date, his work has been presented at The Beacon, Southwark Playhouse, The Finborough, The Bunker, Theatre503, The Old Red Lion, The Cockpit, The Charing Cross Theatre, The Union, Latitude Festival and Paines Ploughs Roundabout at the Edinburgh Fringe, among others. ​​

In 2017 and 2019 he was shortlisted for Channel 4’s 4Screenwriting attachment, making the top 40 from over 1,500 submissions. He also has extensive experience as a performer, director, reader, deviser and workshop facilitator. 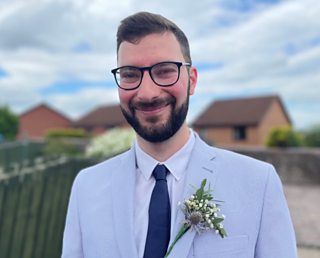 David O. Gray is an award winning screenwriter and director, born in Bonnybridge. He specialises in genre filmmaking with a specific interest in horror, comedy and thriller-y things with a working class spin.  He began making sketch comedy five years ago as part of the comedy duo - Kris and Dave - and has accrued over 25 million views,  working with online platforms such as BBC The Social and BBC Scotland’s Short Stuff. Many shorts were collated for broadcast on television, including a sketch made for 'Socially Distanced with Susan Calman'.​​

Subsequently, he developed two short form series for BBC iPlayer. Firstly, he developed and co-directed three episodes of ‘Hings’, which was nominated for a RTS Scotland - Short Form Award.​

The second short form series was 'Tales from the Pub’, a pitch-black horror comedy which went on to win GMAC’s Big Flick of the Year Award. He has been shortlisted in the top 1% of the BBC Writersroom Drama Room and has been shortlisted for the 4Stories writers scheme.​​

David recently wrote and presented ‘Close Encounters of the Bonnybridge Kind’, a radio documentary about the history of UFOs in Bonnybridge. He currently has several projects in development with production companies.​ 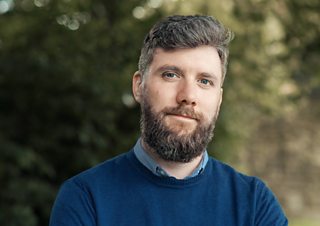 Michael John O’Neill is a Northern Irish playwright, dramaturg and theatre producer based in Scotland. In 2019 Michael won the Bruntwood Prize’s Original New Voice Award for his play ‘Akedah’. In 2020 his short monologue ‘Sore Afraid’ was produced as a digital project by the National Theatre of Scotland, the Citizens Theatre, and BBC Scotland. In 2021 his play ‘This is Paradise’ was produced by the Traverse Theatre for the Edinburgh Festival Fringe, where it won the Popcorn Writing Award. ​​

Michael is currently on writing attachments with National Theatre of Scotland and Hampstead Theatre and is under commission with the Almeida Theatre as one of the Genesis Almeida New Playwrights, Big Plays writers for 2021/22. ​​

His work as a theatre producer includes Artistic Producer of the Tron Theatre (2014-2020), where he founded the Tron Theatre’s new work department, and commissioned and produced new writing including Isobel McArthur’s ‘Pride and Prejudice’* (*Sort of).​ 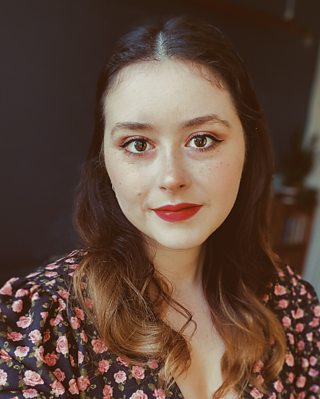 Rachel O’Regan is an award-winning playwright based in Edinburgh, Scotland. She began playwriting at Australian Theatre for Young Peoples National Studio, and was selected for their 2016 production ‘The Voices Project: All Good Things’. She soon moved to the UK and was accepted to Edinburgh Napier Universitys’ MFA Playwriting programme, where she graduated with Distinction. Rachels first full-length play ‘Hungerland’ won the Bread and Roses Playwriting Award in 2019.​​

Her most recent play, ‘Afterparty’, was produced by womens theatre company F-Bomb Theatre and sold out its entire run at Edinburgh Fringe 2021. F-Bomb will return this year’s Fringe with Rachel’s upcoming play “The Beatles Were A Boyband”, which explores the impacts of misogyny and violence on women. The project was one of 20 to receive support from Creative Scotland Crowdmatch. ​​

Rachel is interested in writing stories about women, social inequality and urgent issues all with an accessible sprinkle of comedy and pop culture. ​ 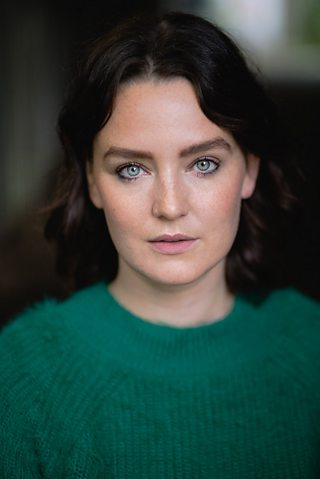 Megan Shandley is a writer and performer from Edinburgh and a graduate of LAMDA. She gained a certificate in screenwriting from NFTS Scotland last year and was selected as a participant on Short Circuit's 2022 Convergence programme. She is currently writing ‘Paddington Marmalade Messiness’ an immersive theatre show running at Dalkeith Palace this summer. Having spent five years gigging on the UK comedy circuit, Megan has brought several stand-up shows to major UK festivals, has performed several times on the BBC, and was a 2017 Scottish Variety Award Nominee and a 2018 Funny Women Grand Finalist.  ​​

Megan is keen to bring both her classical drama and comedy experience into her work, and likes to deal with themes of identity, self acceptance and belonging. She is drawn to vulnerable yet resilient characters who are trying to make sense of the world around them.​ 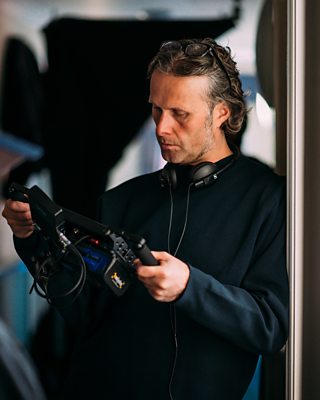 Martin Smith is a BAFTA winning filmmaker whose short ‘Tracks’ won the BAFTA Scotland Award for Best Short Film. He relishes drama rich in moral complexity, and is currently directing 2nd unit on Jack Thorne's latest drama ‘Best Interests’ with Chapter One Pictures and Endeavor Content for BBC One. He is developing original feature ‘Tarantula’ with First Features and 104 Films, plus several original drama series.​ ​

‘Armchair Detectives’, the crime drama hybrid Martin directed for Tiger Aspect and BBC One, won the BAFTA Scotland Award for Best Entertainment. Martin directed two episodes of ‘Holby City’ for BBC One, which was Nominated for Best Continuing Drama at the 2022 BAFTA TV Awards.​ ​

Martin is a member of the Directors UK Disability Working Group, and 2021 saw him selected for BBC Elevate. He is represented by Jennifer Thomas at United Agents.​ 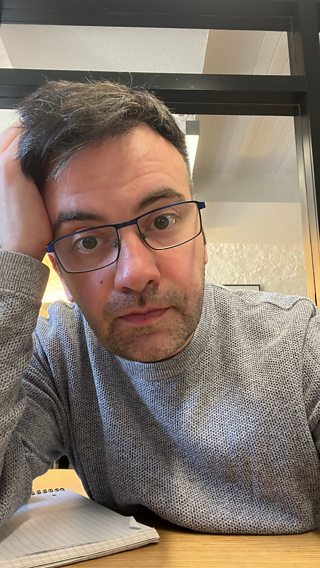 JD Stewart is a gay playwright, TV writer, screenwriter, performer, and digital content creator from the Scottish Borders. He holds an MFA in Dramatic Writing from New York University and an MSc in Playwriting from The University of Edinburgh.​​

Alongside Frazer Flintham, JD is co-host and co-creator of the UK LGBTQ+ History Podcast, The One Fifty Marchers, which charts the first LGBTQ march on November 27th, 1970.​