Can you describe Clique for us?

Clique is about a best friendship in crisis, framed by the wider insecurity of being a young woman starting university in a pressurised and uncertain time. It is about an alluring group of women and their charismatic leader, who all seem to have worked out what they're doing and the ways in which our protagonists respond differently to that group. Clique takes an issue that's pretty ubiquitous to young women and places it in a thriller setting. The stakes are high and it goes to some pretty dark places. 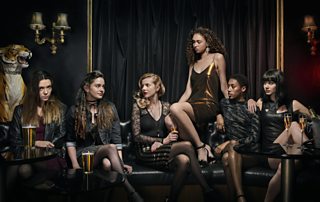 What was your inspiration for the series?

It started with having a slightly weird and discombobulated time at University myself. We're repeatedly told as teens that Uni will be the best years of our lives. So when you find yourself lost and wrong-footed it’s almost shameful. You are supposed to find "your people" at Uni. The attraction of those who seem to have it all tied down and the feelings that then throws up, is something that has hung around in my head since I graduated.

In the six years since I graduated the pressure seems to have become even worse. There's no space to drift, make mistakes and learn things about yourself. You are expected to immediately operate with an adult sensibility. I was interested in what that might mean for women who perhaps weren't quite ready for the stakes they were expected to deal with.

I'm also just endlessly fascinated by female friendship and the centrality it has in a young woman's life. It means everything and can go so wrong so quickly. The opportunity to write something with an almost entirely female cast was also very appealing.

Tell us about the characters?

Lots of the characters started out as versions of me, my friends and our experiences. Holly and Georgia take parts from most of my closest female friendships and I think everyone has an inner Elizabeth. Jude was partly inspired by a Secondary School English teacher of mine who I simultaneously hated and was desperate to please. But the characters quickly took on lives of their own once I was writing and then developed again once they were cast.

How long was it from concept to filming?

It took some time. The concept and pilot script happened quite quickly. Then there was a wait to see if we could get it off the ground. I think in some ways it was a slightly risky commission. The show is for young people but is quite explicit and dark. And it was my first sole-authored show. We were lucky that BBC Three was committed to backing what we wanted to do and were willing to take the risk. 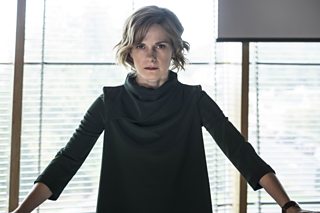 What do you hope the audience will take away from the show?

Mostly I just hope it is fun to watch. Writing for young people is liberating because they are an audience who will come with you if you try something a bit different - as long as it’s good! I'd hope that even if this particular Uni experience doesn't quite reflect your own, the challenges and themes will resonate with young people generally and young women in particular.

How did you start your journey to becoming a writer?

I studied English Lit at University for no better reason than I liked reading. I realised after a Creative Writing module that writing was probably what I wanted to do but, again, was slightly directionless in that aim. I come from a family of screenwriters who were writing Skins at the time and my Dad put my Uni creative writing piece in with the samples being considered for a Skins tie-in novel. Whilst researching the novel in the Skins Writers' Room I failed to sit quietly and listen and the producer Neil Duncan noticed some potential. It was probably just about the only Writers' Room at the time where clueless, green writers had a safe space to learn how to write a screenplay with close but non-prescriptive support. I was very, very lucky to have been part of it. 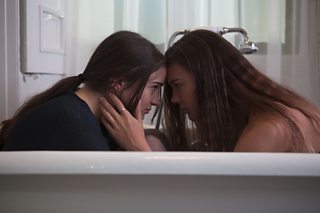 You wrote for Skins. Did that whet your appetite for writing - for TV in particular?

Definitely. I think a lot of us look back on that Writers' Room now and realise how lucky we were. Skins was a show completely dedicated to its young writers. They trusted us to tell our stories and encouraged us to write from our own lives (the problems, the things that pissed us off and the things which made us excited). That's a lesson I definitely took with me.

Do you have any advice for writers making their way and wanting to write for TV?

Don't try to be perfect in your writing. Don't plan a script to death. If you're writing about something that fires you up, it'll show - regardless of whether your structure is perfect or your action sequence makes total sense. And don't be afraid to give yourself time to think and let ideas swirl around without writing. Sometimes you do your best work walking to the shop or hanging out your washing.