Bringing Rillington Place to BBC One

Ed Whitmore and Tracey Malone are the writing team who researched and wrote the script for BBC One's new dramatisation of the notorious murders committed by John Christie at 10 Rillington Place. They explain how they became involved and why telling this story has become so important to them.

How did you come to be involved in the project?

Tracey: The Executive Producer Phillippa Giles approached Ed and myself with the idea of doing a story about John Christie and Rillington Place. At that time, I knew the headlines but I didn’t know much more than that. I started delving into the research and thought it was an incredible story, this idea that Christie and Ethel lived in a street where no one realised what was going on, despite them sharing the house with other tenants and everyone living in such close proximity.

How much do you know about John Christie?

T: John Christie grew up in Halifax, Yorkshire. He was terrified of his grandfather by his own admission but his early childhood stories only come from him so it’s always difficult to know if they’re totally true or not. He always had an issue with his sisters, and he had some kind of issue with women, but then his grandfather died and by his account he became obsessed by death. Christie saw his grandfather in a state whereby he couldn’t upset him or be difficult with him and he found that very calming. He had problems growing up with girls and he felt, whether or not he was, that he’d been laughed at in certain situations which all added up to something which became something much, much worse.

Ed: What was interesting about Christie was right from the time he was small, he seemed to think he was a bit of a cut above in Halifax where he grew up. But somehow that superiority wasn’t really reflected or conferred on him and so I think that’s possibly what made him move to London where he could be anonymous. He’d already committed some minor crimes in Halifax and so London was a seductive place for him because he could disappear. Before he left, he married Ethel and the idea was that they would be united in London after he’d arrived and sought employment but he never contacted her for many, many years. 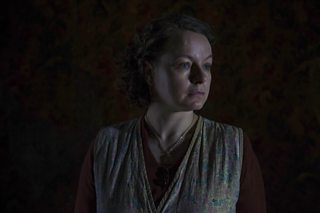 Where did you start with looking at Ethel’s character and what she knew about Christie?

E: Ethel was ultimately another of Christie’s victims, so our approach to her was always fundamentally sympathetic. Ethel waited for him for such a long time that, by the time she came to London and they were finally reunited, her options were limited. She was shackled to him and had to make the best of it, so if on some level she was aware of strange coincidences going on in the house, I think it was at an unconscious level. We can never know but that was always our sense. We always had enormous sympathy for Ethel because she always had hope that the best of him would come to the fore.

What do you think drew Christie and Ethel to each other?

E: It feels like Ethel and Christie shared a sense of being slightly different from their peer group, more intelligent and superior socially, even though there was nothing in their backgrounds which would really support that. He had this façade which for many years she bought into and would amplify when questioned that he was this terribly respectable man, absolutely whiter than white and wouldn’t even go in a pub. Obviously as time went on and his urges became more uncontrollable, that façade eroded.

Where did you start with your research for the project?

T: We read all the books but more importantly, we went back to the original source material as we wanted it to be as unbiased as possible. We had all the statements from the trial, lots of statements from doctors and the pathologist, and just read everything original that we could find.

We also went to visit Tim’s [Evans] sister and had a long interview with her and his nephew, and talked through who Tim was and some of the details of the case. The family still had to see Christie in Notting Hill after Tim was hanged, Beryl and Geraldine were dead, and he was a free man walking around. They had no comeback. It really brought it home to us and we were all in tears. 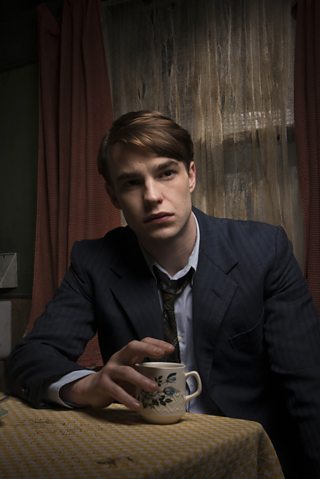 How did you draw your own conclusions from the research?

E: It’s interesting to read the available published material because there are multiple books which support the idea that Christie killed alone, and was responsible for Beryl and Geraldine’s murders, and then there’s other literature that suggests Evans was also partly responsible. Going into the project, that debate is something which we engaged with fully and after extensive research we agreed with the generally held view that Christie committed his crimes alone and that Evans was, as much as anybody else, another of his victims. The tragic result was a mixture of human error and forensics being very much in its infancy.

T: I think for me there were some very simple indicators, one of which was the M.O. [modus operandi] was too similar. The way that Christie disposed of the bodies was identical, the way that he had killed using a garrotte rather than say with his bare hands, the pre-meditated nature and the fact they were buried in the house, right next to Christie’s flat. It would be far too much of a coincidence to have got to that same place.

We approached an ex-FBI Profiler to give us a modern opinion on Christie and Evans, and whether Evans was more likely to have been involved than we were thinking. He didn’t feel that there was any reason to believe that Evans was involved. 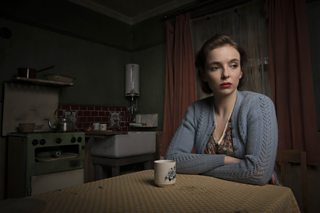 What can you tell us about Beryl and Tim?

T: Beryl and Tim were very young when they met. They had been living with Tim’s mum when Beryl got pregnant and so they needed a flat of their own. Tim’s sister had seen a sign in the window of Rillington Place saying flat to let, and so it became their first home together.

Tim was such a good storyteller. He liked to imagine all sorts of crazy things and make his life more exciting by telling stories. If he hadn’t lied so well and been able to tell stories then maybe people would have questioned what he was saying to them more when he confessed. The police were so determined that it was Tim because nobody could really understand why it would be Christie.

E: When Beryl and Tim came to Rillington Place they’d been together for two or three years. You get a strong sense with both of them that they were very impressionable and naïve, and there was something about the way Christie conducted himself with his allusions to a medical background which didn’t really exist. When Beryl came to the situation whereby she wanted to have an abortion, he persuaded them that he was someone who was equipped and trained to carry that out. I think there’s something really tragic about the age they were and the way that they were particularly susceptible to Christie’s deception really, because that’s what it was. 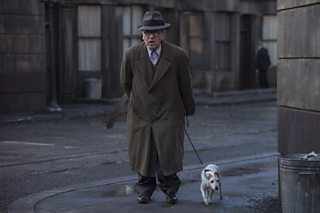 How supportive of the project has Tim’s family been?

T: Tim’s family are happy about the project. They’ve had some difficult times, and they’ve been approached by people who haven’t had the same views as us, but they’re happy that we feel that Tim was innocent, as they obviously do. His sister, and his nephew, they’ve been fighting their whole life for justice really.

Why did you decide to tell the story in this format?

T: We decided to tell the story as a triptych because we felt it was so dark and we didn’t want to start with a murder. We wanted an opportunity to see Christie through other people’s eyes in a way in which we could understand why he wasn’t openly being suspected of these crimes.

Also, Ethel and Tim were victims of a different kind to the women he killed. Although he did murder Ethel, she was a living victim as well and Tim was a victim but not by Christie’s hands. We thought it was interesting to look at why those people would trust this man, and to understand what it would be like to learn these things about him as they too were learning them. 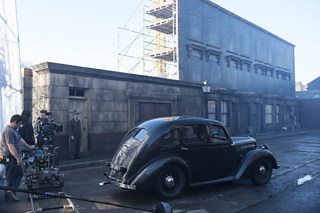 Would you say that the house itself is a character in the series?

E: Ten Rillington Place is absolutely a character in this drama as much as the characters are characters. We were really attentive about being truthful to that house which was incredibly small, like a doll’s house. Everybody had to walk through the Christies’ flat to reach the back yard where the three floors shared one toilet. Privacy was incredibly diminished and the walls were paper thin so you could hear everything.

It was well known that Christie liked to stand on a stool and look through a peephole above his front door so he could see who was coming and going. There were quite a few tenants who came and went and one of the things that they all agreed on was that he was silent. Even though it had creaking floorboards and creaking stairs, he could magic himself up to the third floor and you’d open your door and he’d just be there. In a strange way, the man reflected the house and the house reflected the man and in the end, the house was the keeper of his secrets. 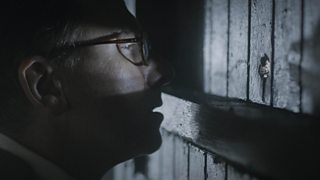 How do you feel about the calibre of cast and crew involved in the project?

T: We’re very excited to be working with Craig Viveiros. We think he’s a really exciting director and we love his naturalism and his power.

E: Casting Christie was something that we were thinking about from the beginning but I don’t think in our wildest dreams we’d have thought that we would get Tim Roth and I think the same is true of Ethel. We’d talked about that right from the beginning. Tim Roth and Samantha Morton are film actors and to get actors of their calibre who have been in the kind of films that they’ve been in is incredibly exciting. There’s no other word to describe it. It’s really, really exciting and we’re still pinching ourselves to be honest.

Why do you think it’s the right time to tell the story now?

T: The miscarriage of justice has become a huge element for us and telling the story of what a terrible thing capital punishment is. At the beginning, it was a project that was brought to us but it’s become something much, much more because of the injustice to Tim, as well as for his family, Beryl, the baby and the other victims.